JDCA PAC will deliver more than 2.5 million impressions to Jewish voters in Ohio-11 through Facebook and open web advertising, as well as print ads and emails through the Cleveland Jewish News. Jewish voters in the district will see JDCA PAC’s digital ads online more than 100 times between now and the election on Aug. 3.

The number of Jewish voters, estimated at just over 20,000, could be the difference in this close election that continues to narrow in the polls. JDCA’s targeted voters represent approximately 5% of the total electorate, and 28% of the total 2020 Democratic primary turnout in OH-11.

“In this solidly blue district, it’s clear the winner of the August 3 Democratic primary will represent the people of OH-11 for many years to come. That’s why we’re  putting our values into action in this critical race, which will help to augment Democrats’ narrow House majority and set the tone for the 2022 midterm election,” said JDCA CEO Halie Soifer.

JDCA Board Chair Rep. Ron Klein, who is originally from Cleveland, said, “Jewish Dems are proud to stand with Shontel Brown, who shares our values on a range of key policy issues, including making our economy more equitable, ensuring access to affordable healthcare, combating gun violence, defending our democracy, and supporting the US-Israel relationship.”

JDCA is running digital and print ads, such as these: 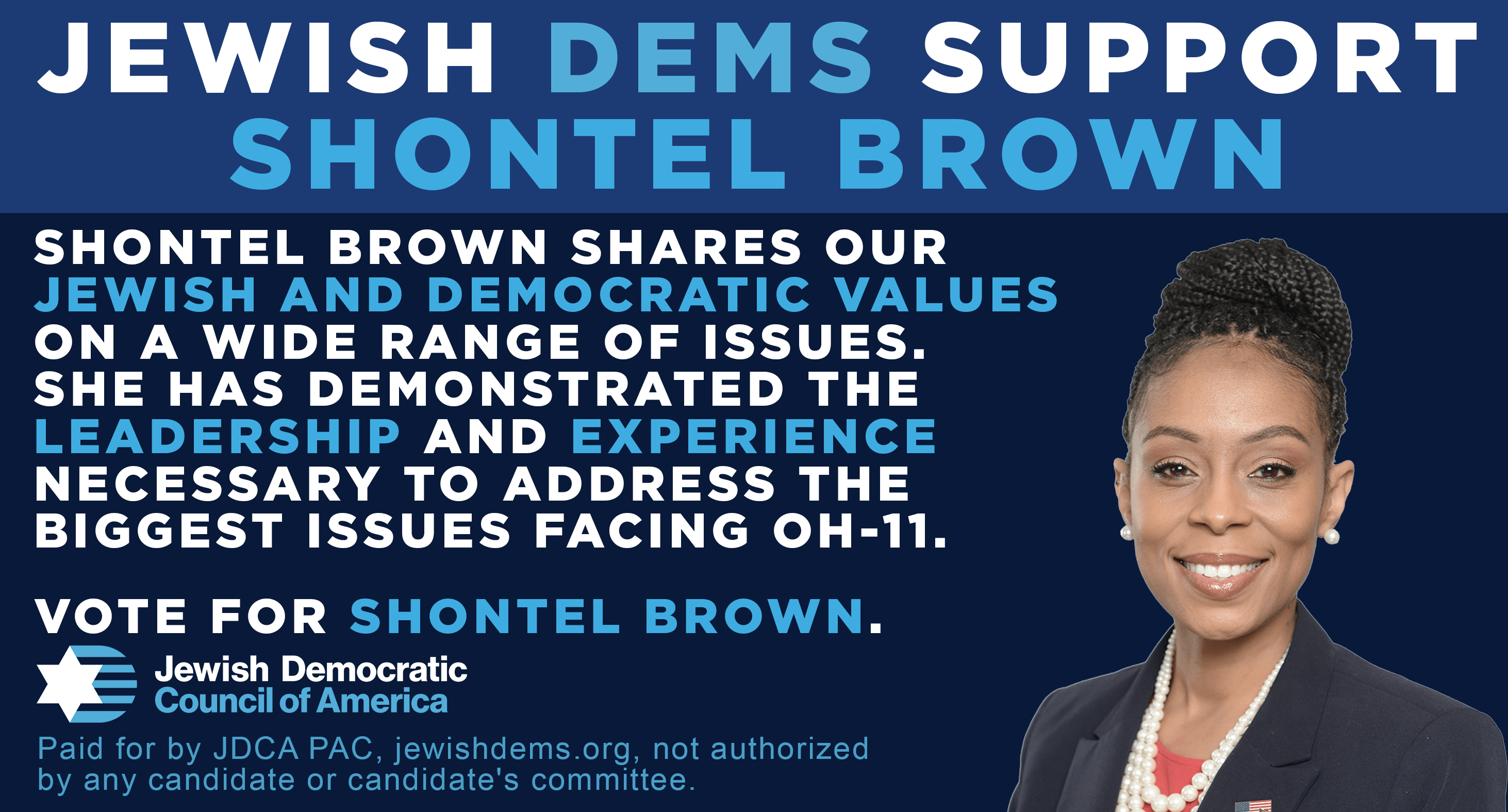