A new poll released today confirms that Jewish American voters will support any of the leading Democratic candidates for president at essentially the same level in a head-to-head match-up against Donald Trump. While the Democratic candidates for president have stressed their differences during primary season, an overwhelming majority of Jewish voters prefer any of them to Trump. Jewish voters support any of the leading Democrats running for president over Trump by more than a 2:1 margin.

The non-partisan Jewish Electorate Institute (JEI) and Garin-Hart-Yang conducted an online survey of 1,001 voters nationally who self-identified as Jewish and indicated they were likely to vote in the 2020 election. The poll, which was conducted in the last week, confirms what we know to be true: Jewish voters will support Democrats in November. One of the top priorities of Jewish voters is defeating Trump because his policies and rhetoric have betrayed our values. Read more below, and join a call with the pollster to hear more about the poll on (Super) Tuesday, March 3 at 3:30 PM ET. Sign-up for the call by clicking on the image below. 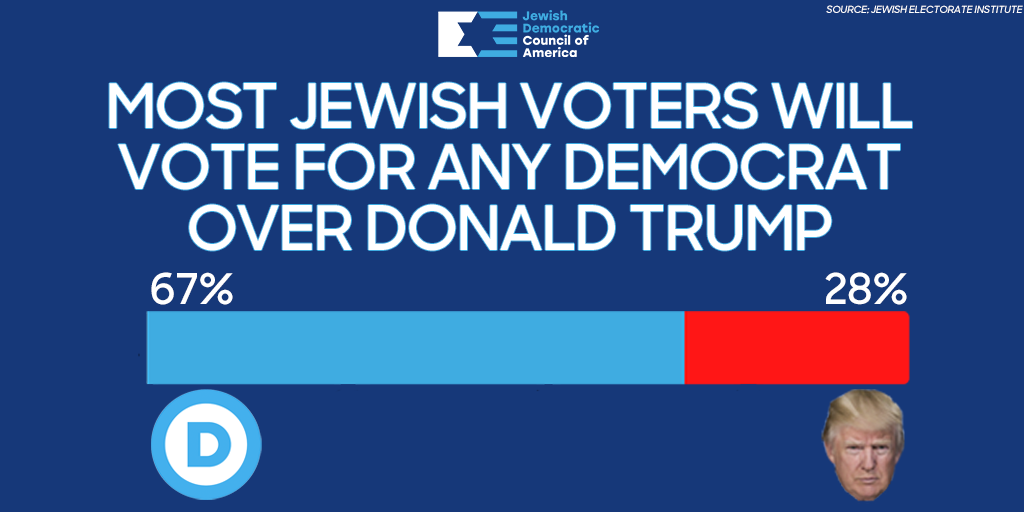 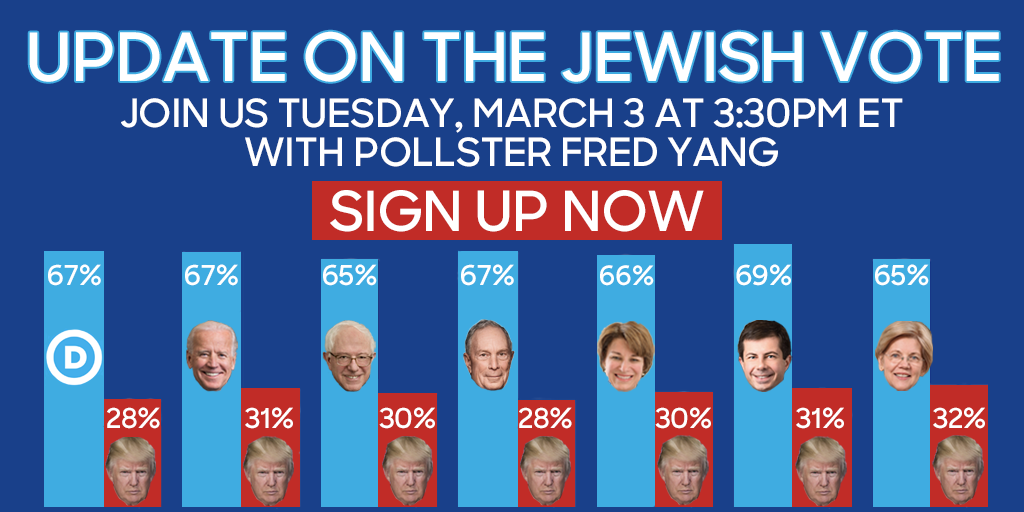 Below are key findings from the JEI poll:

​This poll proves that JDCA’s efforts to elect candidates who share our values are aligned with the overwhelming majority of Jewish voters. Stand proudly with Jewish Dems and get involved by taking action to ensure we win this critically important election:

Our mission has never been more important. With your help, we can continue to expand our work and ensure we’re successful. We are incredibly grateful for your partnership.