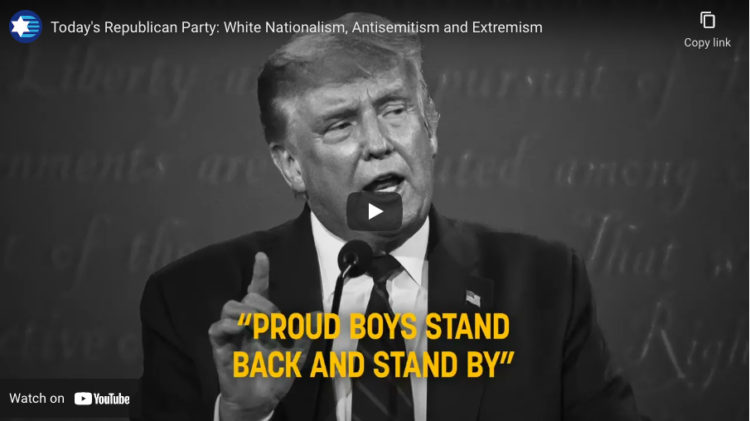 Today, JDCA PAC released a new hard-hitting ad exposing the GOP as the party of white nationalism, antisemitism, and extremist threats to our democracy. Our first ad of the 2022 general election cycle will initially target Jewish independent voters in Arizona, Georgia, Wisconsin, New Hampshire, Nevada, Pennsylvania, and Florida — all states where extremist Republicans are running for the Senate. This ad underscores that the Trump-led Republican Party is a threat not only to Jewish Americans’ security, but also a clear and present danger to our democracy, our rights, and our values. Voting for Democrats is the only way to stop these extremists. Jewish voters can make a difference in 2022.

JDCA and JDCA PAC will continue to do everything we can to mobilize Jewish voters across the country in support of Democrats, including the release of additional hard-hitting ads targeting Republicans, including specific candidates. Click below to watch the ad, share it on social media, read about it in Haaretz, and support JDCA PAC so we can reach even more Jewish voters in swing states.

Thank you for your continued support of our work mobilizing Jewish voters. We are focused on getting out the Jewish vote for Democrats where it matters most.

Together, we will help expand Democrats’ majorities in Congress to defend our values and democracy, and we deeply appreciate your partnership.