With Passover upon us, we are reminded that many of our values and experiences as Jews stem from having been strangers in a strange land. At JDCA we continue to promote our Jewish and Democratic shared values and make your voices heard. This week alone we attended the March for Our Lives, called for a set of common-sense reforms that will connect with voters in the midterm elections, spoke out against a Republican lawmaker’s abhorrent Facebook post, and helped prepare congressional Democrats traveling to Israel.

JDCA supporters and leaders attend March for Our Lives
Members of JDCA’s board and supporters of the organization attended March for our Lives rallies last weekend in Washington and throughout the country. In the weeks leading up to the march, we voiced our support for the impressive young leaders who, through their frustration and candor, are poised to spark substantive change.

Left to Right: JDCA board member Peter Gillon and his wife Lisa Hook, JDCA board member Joel Rubin with his daughter and Congressman Sandy Levin (D-MI), and Steve Rabinowitz, president and co-founder of Bluelight Strategies

JDCA chair Ron Klein in the Orlando Sentinel: Set common-sense agenda, provide answers —and fix things: An agenda for Democrats
A lot of people believe that our nation’s two-party system has failed us. Republican elected officials, led by the president, have turned sharply right wing and seem to have no interest in finding consensus and common ground with Democrats or independents. The tax bill was a typical example. With no public hearings or opportunity for members of Congress even to read the bill, it passed without one Democratic vote.

Democrats, on the other hand, in both Washington and Tallahassee are doing what minority parties do — seeking to identify a common unifying set of ideas that they can put forward in the next election to address voters’ concerns about their jobs, their kids’ future, family health care and retirement, as well as their daily anxiety about our state’s and country’s leadership and future.

Justified or not, today’s voters, particularly young voters, are not convinced that either political party is offering solutions to problems that they see in our state and country. Democrats’ challenge is to return to their roots and present answers to issues that most Americans care about.

JDCA board member Marc Stanley condemns state Rep. Valoree Swanson for comparing gun control to the Holocaust
On March 26, Texas state representative Valoree Swanson (R) posted an image to her Facebook page comparing Holocaust victims to children killed by gun violence, attempting to connect gun control advocacy to the Holocaust. The post featured an image of 7,000 pairs of shoes left outside the U.S. Capitol representing all the children who have been killed by guns since the Sandy Hook shooting. The image included the words, ‘Shoes left by gun control supporters, 2018.’ Below was a picture of Holocaust victims’ shoes and the caption, ‘Shoes left by gun control supporters, 1945.’ Swanson deleted the image, which was reposted from the Ted Cruz Meme Page.

Rep. Swanson’s repost of this meme is abhorrent and is an affront to the memories of the 6 million Jews murdered by the Nazis. JDCA called on Rep. Swanson to issue an immediate apology and to pursue Holocaust education from her local Jewish community. We will not allow the Holocaust, the greatest modern tragedy of the Jewish people, to be used as a political prop to push a pro-gun agenda. America needs a fact-driven and respectful discussion to create common sense gun safety reforms.

Led by Nancy Pelosi, ten Democratic lawmakers travel to Israel
Ten Democratic members of the U.S. House traveled with Leader Nancy Pelosi to Israel and Jordan this week.  The delegation did not include any Republicans.

JDCA staff worked with a number of the Congressmembers’ offices to help prepare them for their trip. In the future we will provide briefing materials to members of Congress who are traveling abroad to Israel and other countries. Briefings will include information about Israel, anti-Semitism, and other issues important to the Jewish community. 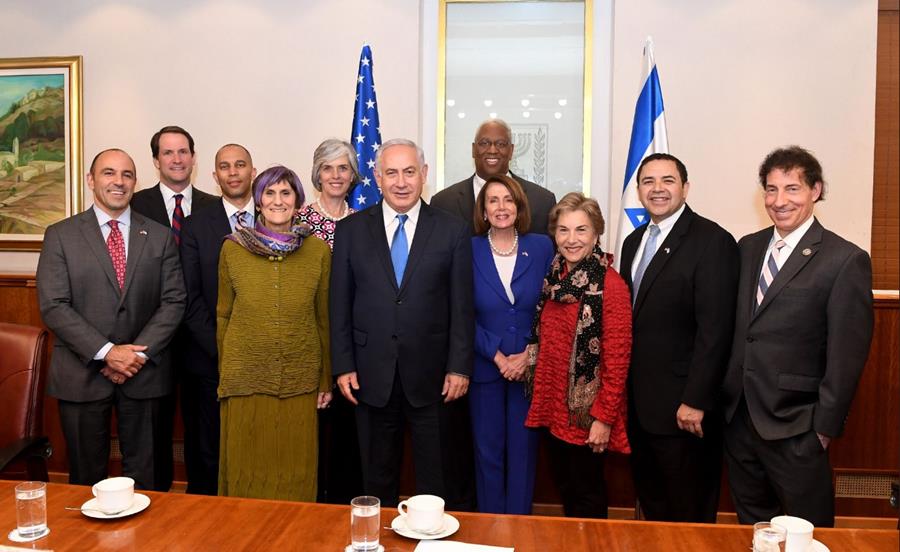 JDCA remembers immigrant experience this Pesach
The story​ of the Exodus from Egypt that​ ​Jewish families recount at our Seder tables every spring (starting tomorrow night) remains constant. However, in the recent past, this story resonates with new meaning for all Americans. ​We reaffirm what we hold most dear as members of the Jewish community —our freedom from Biblical bondage and our ability to seize opportunities that once were not accorded to us.  In doing so, we give life to Judaism. We make it more than a collection of traditions, rituals, and beliefs. Our faith becomes a way of being in the world—of understanding our place in it. 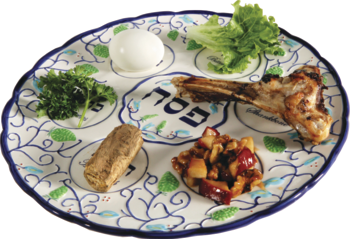 In the Passover story, we learn that we, too, once were strangers in a strange land. We were immigrants fleeing from oppression and slavery, and seeking a better life for ourselves and our families.

ICYMI: Reject Trump’s Folly and his Anti-Immigrant Sophie’s Choice
In February, JDCA board member Barbara Goldberg Goldman discussed the connection between the Passover experience and the plight of today’s immigrants.

In less than two months, the retelling of the Passover story will remind us that 3,200 years ago the Jewish people made their way out of Egypt — a land in which they had arrived as strangers. The Exodus speaks of the 40 days and 40 nights they spent escaping persecution, oppression and slavery. When we sit at our seders this year and repeat this story to our children and grandchildren, it is most appropriate to relate the plight of this century’s immigrants who share similar journeys.