Republicans are blocking funding for Israel’s life-saving Iron Dome missile shield. Despite unanimous support among Senate Democrats for this critical funding, which passed the House in September with the support of 96% of the House Democratic Caucus, Senate Republican Leader Mitch McConnell and his Republican colleagues are unwilling to stand up against a member of their own party, Rand Paul, who is blocking the emergency funds President Biden promised to Israel to replenish Israel’s Iron Dome.

Democrats ensured that the emergency funding for the missile defense system overwhelmingly passed. That was 60 days ago. Every Democratic Senator supports this funding, but Israel still has not received this crucial aid because of Republican obstruction. Republican leaders like Mitch McConnell are abdicating their responsibility to stop Rand Paul from blocking these funds, demonstrating their blatant hypocrisy on this issue.

Not the First Time

This isn’t the first time Republicans have blocked funding for Iron Dome. In 2014, Sen. Tom Coburn (R-OK) blocked Iron Dome funding, alleging it would add to the budget deficit. Then, like now, every Democrat in the Senate supported the funding. Unlike today, Republican leadership at the time applied pressure to lift their colleague’s hold. Fast forward seven years, and not a single Republican has called out Paul or taken action in the Senate against his hold. Each of the three time Democrats have requested unanimous consent to move forward with the funding, Republicans have remained silent in the face of opposition from Sen. Paul.

Republicans posture about support for Israel when it is politically convenient, but they have said and done nothing to release Paul’s hold and ensure Israel receives these crucial funds. The truth is that Republicans are continuing to play dangerous political games with Israel’s security. They’ve done it before. They’re doing it now, and they’ll continue to do it into the future.

That’s where Jewish Dems come in. We will not sit by while Republicans stand in the way of progress and launch hypocritical attacks against Democrats. Join us in taking a stand against dangerous Republican obstruction, and once you sign, share with others. 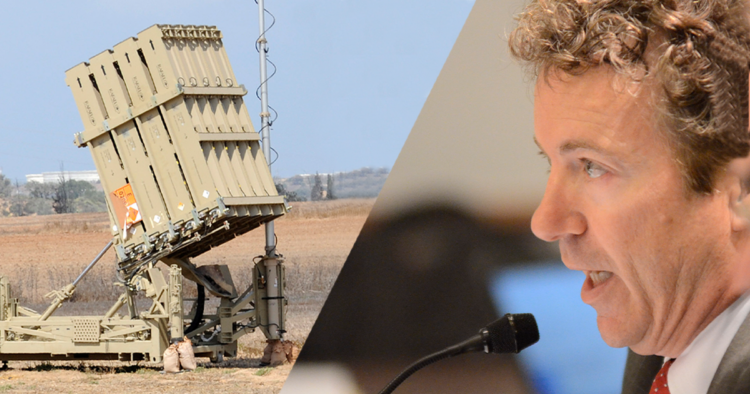