The Jewish Democratic Council of America (JDCA) joined Bend the Arc: Jewish Action and 120 organizations and leaders from around the country in calling on Senate Republicans to end the boycott and vote on the confirmation of nominee Dilawar Syed.

Shortly after Mr. Syed’s nomination was reported out of committee favorably on June 16th – with Republican support – an internal strategy email (circulated by a Republican Senator’s staffer) led with and noted Mr. Syed’s birth in a Muslim-majority country and his engagement with a Muslim American civic organization. In this correspondence, Mr. Syed’s heritage and faith were explicitly highlighted to imply allegations that are patently false and irrelevant. This first-ever boycott in the history of the committee–representing a blatant attack on Mr. Syed’s background and faith–is deeply troubling and offensive. As organizations and leaders representing diverse backgrounds and movements, we are compelled to speak out and demand action when injustice is perpetrated. We strongly urge you to attend an SBC meeting convened to vote on the nomination of Dilawar Syed as Deputy Administrator of the Small Business Administration. 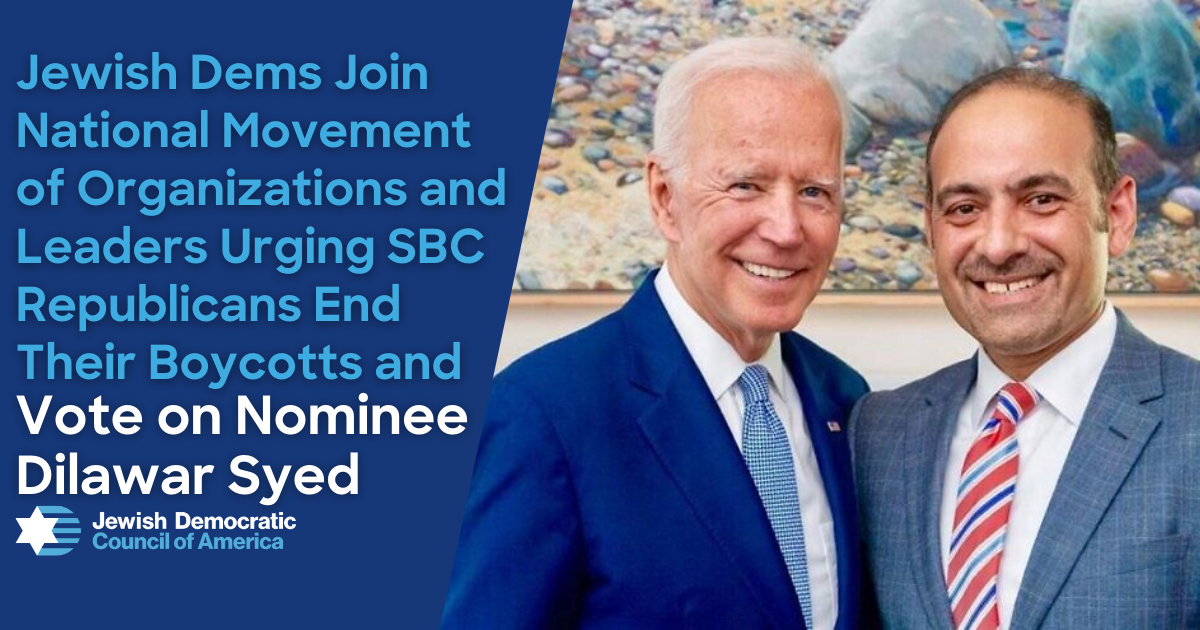