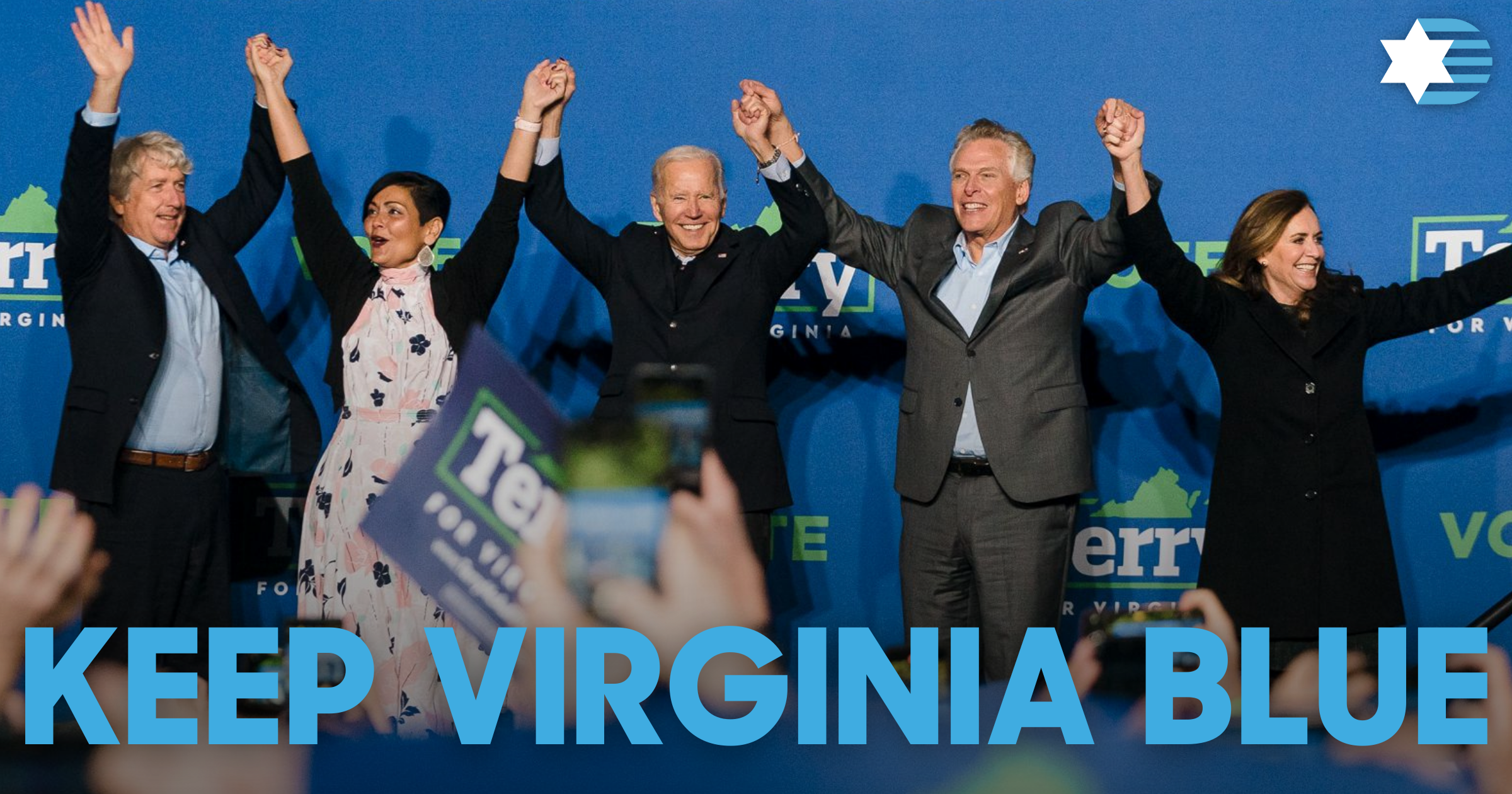 Tomorrow is Election Day in Virginia, and Jewish Dems are making the final push to get out the vote and elect Terry McAuliffe. Every vote matters in this election, as polls are extremely close, within the margin of error. IF WE DON’T GET OUT THE VOTE IN THE NEXT 24 HOURS, TRUMP’S HANDPICKED CANDIDATE COULD BE THE NEXT GOVERNOR OF VIRGINIA. Youngkin’s affinity to Trump is clear, and today, Donald Trump is joining a rally for Youngkin.

Since Terry McAuliffe first took office as Governor of Virginia in 2014, Democrats have brought progress to Virginia and moved the Commonwealth forward. Thanks to Democrats, the minimum wage was raised and Virginia’s economy has thrived. Virginia Democrats expanded Medicaid, giving hundreds of thousands of Virginians access to the care they need, and passed voting rights legislation to protect Virginians’ right to vote. Since Virginia turned blue, Democrats have delivered for the people, but if Youngkin wins, he will bring the GOP’s failed and dangerous policies with him. Make no mistake – that includes right-wing extremism.

Here are 2 ways you can TAKE ACTION in the next 24 hours to ensure Democrats keep Virginia moving forward. First, join us TONIGHT at 6 PM ET/3 PM PT for our #KeepVABlue phone bank. Second, phone bank with us ANYTIME between now and when the polls close tomorrow night.

DONATE TO JDCA PAC IN VA 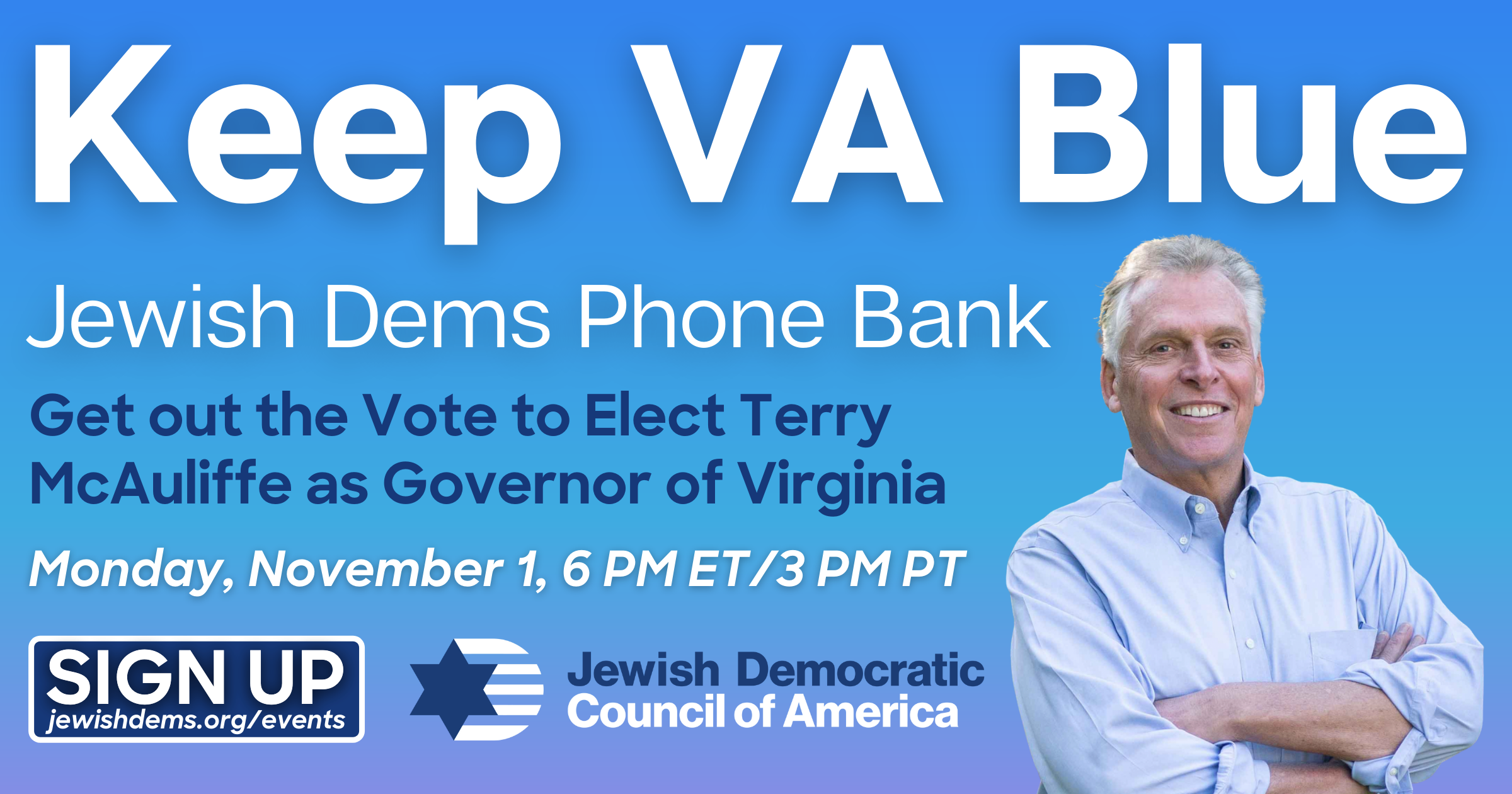 The next 24 hours will be crucial to ensuring Terry McAuliffe wins big – we appreciate all of your efforts.