When they go low, we vote

Just when we think Donald Trump can’t go any lower, he proves there is no bottom to the hatred, illegality, and even violence he is willing to promote.

Trump started this week by defending the teen who murdered two innocent men in Kenosha, Wisconsin. He excused violence targeting protesters in Portland, Oregon. He compared the police officer who shot Jacob Blake seven times in the back to a golfer missing a putt. He circulated a dark, dangerous and bizarre conspiracy theory about Joe Biden that had anti-Semitic overtones. Yesterday, he encouraged supporters to engage in voter fraud and illegally vote twice. Sadly, we could go on…and it’s only Thursday.

The best thing we can do to restore the soul of our nation, preserve our democracy, defend our values, and ensure the safety and security of the Jewish community is to elect Joe Biden. In just 60 days, we all have the chance to do so. Join us by supporting JDCA and mobilizing voters in critical swing states by clicking on the image below, and join our Jewish Dems phone banks. Demonstrate that when Republicans go low, we VOTE. 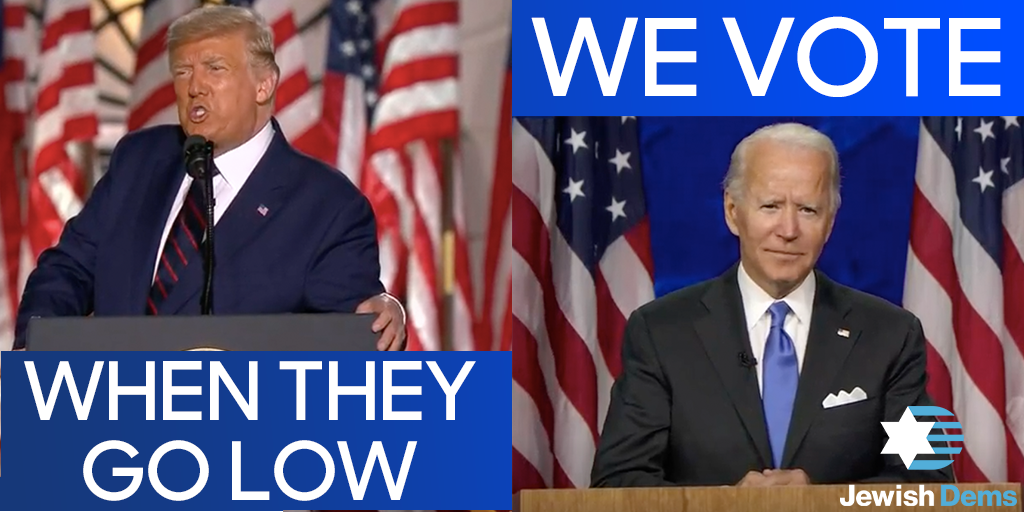 Between now and Election Day, we will do all we can to elect Joe Biden, Kamala Harris and Democrats up and down the ballot, mobilize the Jewish vote, and restore decency to the White House. You can be a part of this crucial effort by sharing information with other voters. The disinformation campaign by Republicans is well underway, which means it is essential that voters know the truth.

Share our fact sheet to refute false narratives on Israel and anti-Semitism. If your friends or family have questions that aren’t addressed, let us know, and refer back to this site frequently for updates. If you need help explaining why Trump is bad for Israel, share this op-ed from our Strategy and Policy Advisor, Steve Sheffey. While Republicans may try to peddle “alternative facts”, Jewish voters are interested in real facts – otherwise known as the truth.

OP-ED: WHY TRUMP IS BAD FOR ISRAEL

In addition to engaging in a disinformation campaign, Donald Trump and the GOP are engaging in voter suppression, and we must take action to ensure every vote is counted. JDCA is fighting their attack on the US Postal Service and vote-by-mail, but we need your help. Pledge to ensure all votes are counted and check our voter toolkit to vote safely and securely. 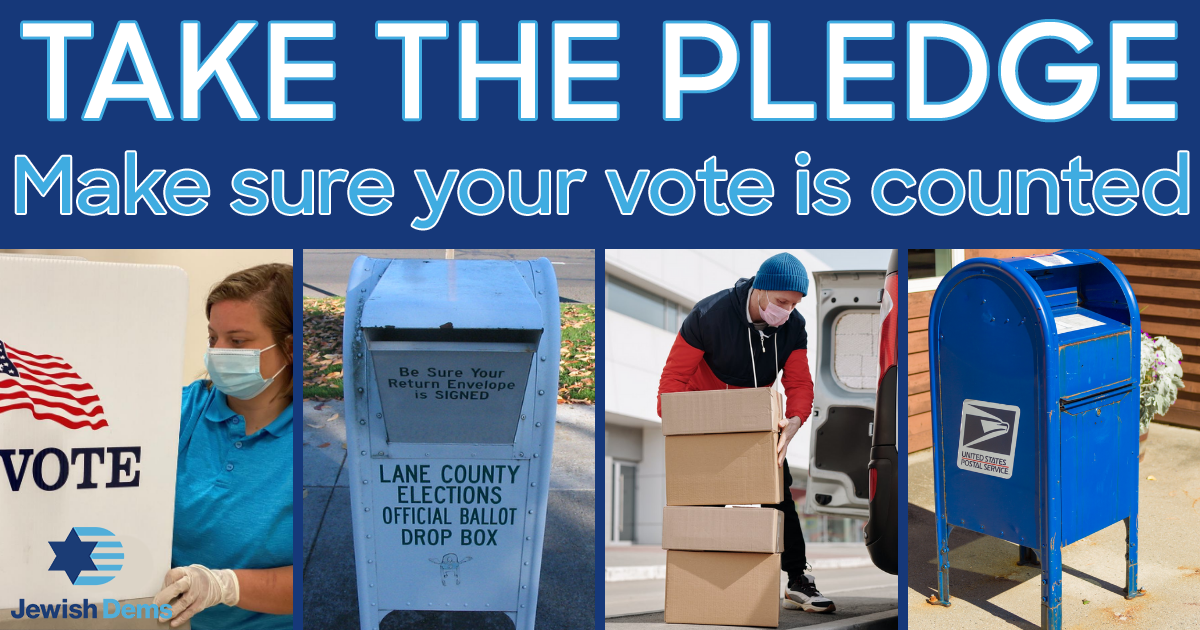 This week, JDCA launched two new ads in support of Democratic Senate candidates facing Republicans who have trafficked in anti-Semitism. Read about them in Jewish Insider and watch our ads for Georgia’s Jon Ossoff and Michigan’s Senator Gary Peters. Help us get the word out by sharing these ads with Jewish voters in Michigan and Georgia today!

To learn more about JDCA and to keep up on all our activities, check out our newly designed Jewish Dems website. And visit our online store and to let everyone know who you support in this election. 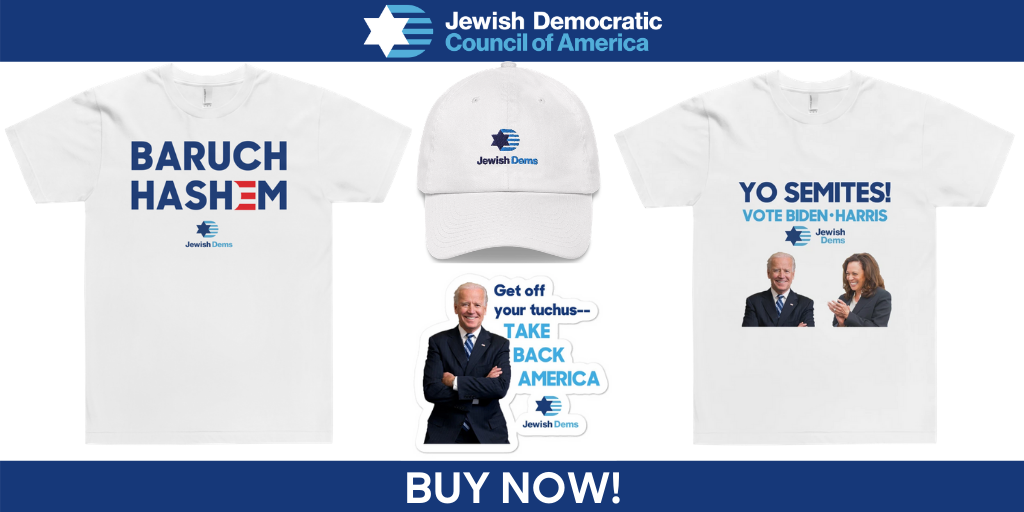 Join us by becoming a part of our growing movement – and support our growing efforts to reach Jewish voters in critically important swing states. Together, we will restore the soul of our nation and ensure a brighter future for all Americans.

We wish everyone a safe and healthy Labor Day weekend.