In our dozens of virtual Hill meetings, JDCA thanked members of Congress for their work advancing the priorities and values of Jewish voters and called on them to continue to support efforts to: (1) defend our democracy and voting rights, (2) codify and protect abortion access and (3) combat antisemitism and extremism.

Thanks to everyone who participated, our efforts were successful – multiple members of Congress committed to co-sponsoring the Election Worker and Polling Place Protection Act and supporting increased funding for the Nonprofit Security Grant Program, which will help keep our synagogues and religious institutions safe. Read more about JDCA’s second annual Week of Action featured in Jewish Insider and click here to watch our inspiring kickoff event.

While our Week of Action is over, our work continues. Here are four immediate steps you can take to stay engaged in the fight for our values: 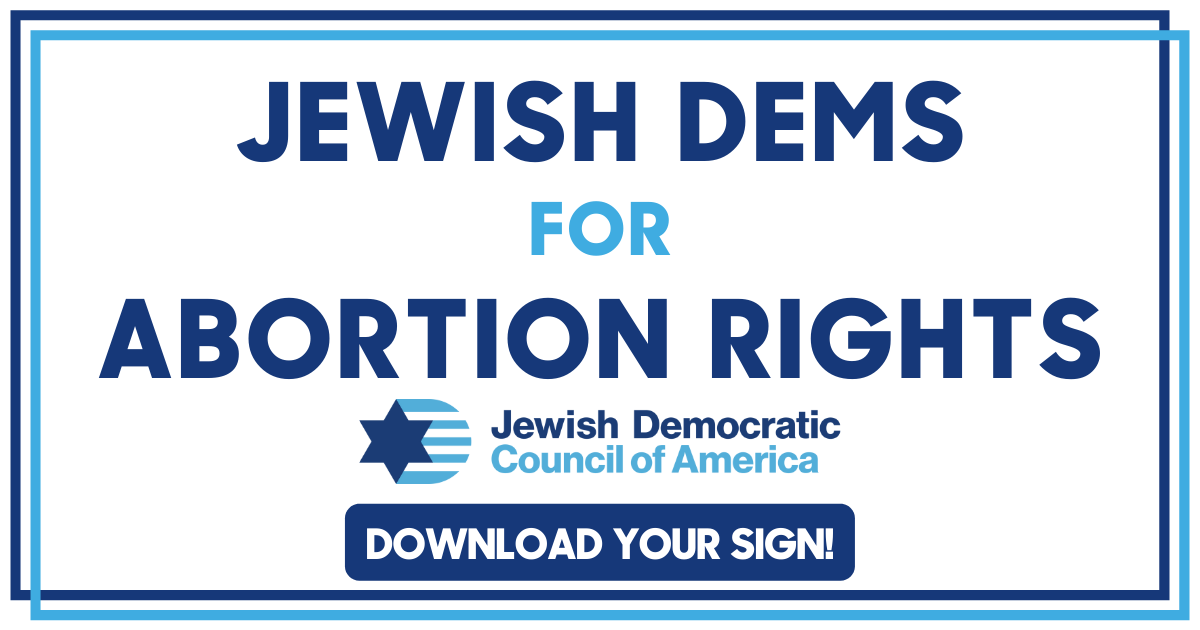 Access to abortion is a Jewish value, and Pew polling shows that 83% of Jewish Americans believe abortion should be legal in all or most cases — the highest level of support of any religious group in the country. That includes 67% of Jewish Republicans and 58% of Jews who identified as politically conservative. Abortion justice is a bipartisan issue in the Jewish community. That’s why it is shocking and a betrayal of Jewish values for the Republican Jewish Coalition (RJC) to refuse even to comment on women being stripped of this fundamental right. The RJC’s deafening silence proves that they and the GOP are out of step with Jewish Americans, including most of the few Jewish Americans who identify as Republicans. Jewish Americans, including Republicans, overwhelmingly support access to abortion, so who exactly is the RJC representing?

Read JDCA’s statement about Republicans blocking the Women’s Health Protection Act (WHPA) earlier this week and JDCA Vice-Chair Barbara Goldberg Goldman’s op-ed in the Washington Jewish Week on why we can’t go back to a time before Roe. V Wade.