WATCH: Youngkin can’t be trusted with our health & safety 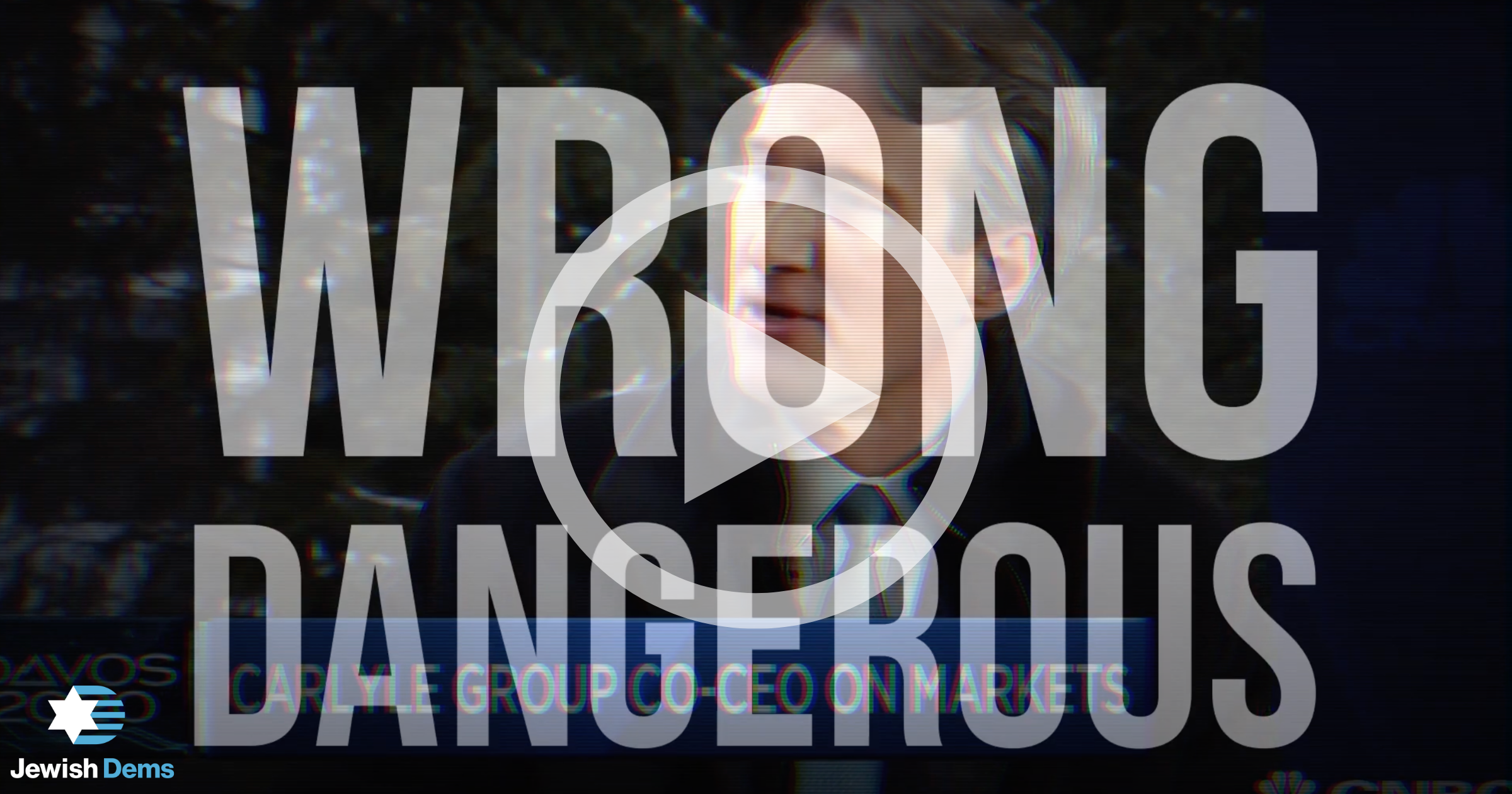 Election Day in Virginia is in two weeks. Republican gubernatorial candidate Glenn Youngkin’s anti-mask and anti-vaccine policies would endanger the lives of all Virginians. We cannot risk letting him join Republican governors like Ron DeSantis (FL) and Greg Abbott (TX) putting Republican political agendas above the health and safety of Americans. It’s wrong and dangerous, which is why Jewish Dems are working to elect Terry McAuliffe as the next governor of Virginia. We’ve released a new ad calling Youngkin out for embracing rhetoric and policies that put the health and safety of our communities at risk.

We know the Jewish vote can make the difference in Virginia, just as it has in so many other elections, and we need your help to reach more than 120,000 Jewish Democrats and Independents in VA to ensure Terry McAuliffe wins. Don’t forget to join us this Thursday, October 21 at 6:00 p.m. ET for a phone bank in support of Terry McAuliffe for Governor of Virginia. We will be joined by Bill Kristol, a Republican supporting Terry McAuliffe, to talk about why this election matters and why he believes Terry will be the best governor of his state of Virginia. 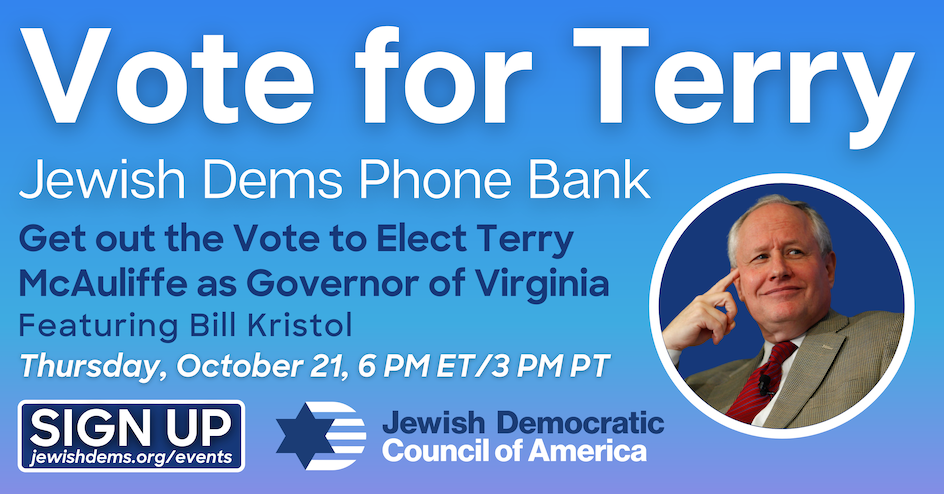 Join us this Wednesday, October 20 at 4:15 p.m. ET for a candidate forum for Florida’s 20th Congressional District’s Democratic Primary. Sign up to hear from all ten of the Democratic candidates running to win the seat formerly held by our friend, Rep. Alcee Hastings z”l.

As we saw in OH-11, Democratic primaries are critical. This is your chance to hear directly from the candidates on the issues that matter most to Jewish Democrats. 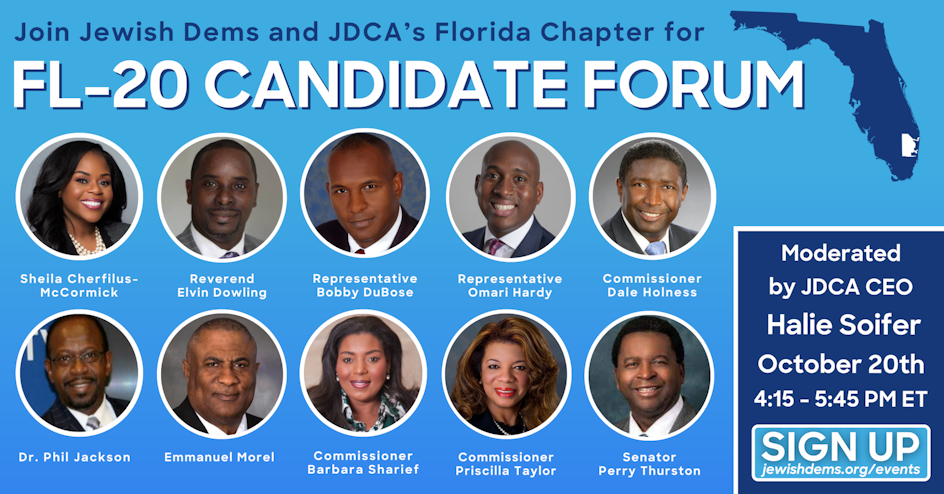