We hope you had an easy and meaningful fast.

Six weeks ago, when we began phone banking to mobilize voters against the Republican recall effort in California, we uncovered a big problem: there was a lack of interest, information and enthusiasm to vote. The onus was always on Democrats to defeat this recall, Republicans were counting on misinformation and low voter turnout to carry them to victory, and polls showed the real possibility that a right-wing extremist could become the next governor of California.

Victory in California was not a given, and Newsom’s loss would have been devastating for Democrats going into the midterm elections. The combination of California’s archaic recall rules and ridiculous Republican claims of voter fraud before the election meant that Democrats needed not only to win, but to win big. Ultimately, we won because Democrats recognized the importance of the moment and got out the vote, and as Jewish Dems, we played a key role. JDCA hosted 11 events to mobilize Jewish voters, made direct contact via phone and text with nearly 100,000 Jewish voters, and JDCA PAC ads were seen in California over 3.5 million times. We were the only national Jewish organization that got involved in the recall, and our role made a difference for Democrats. 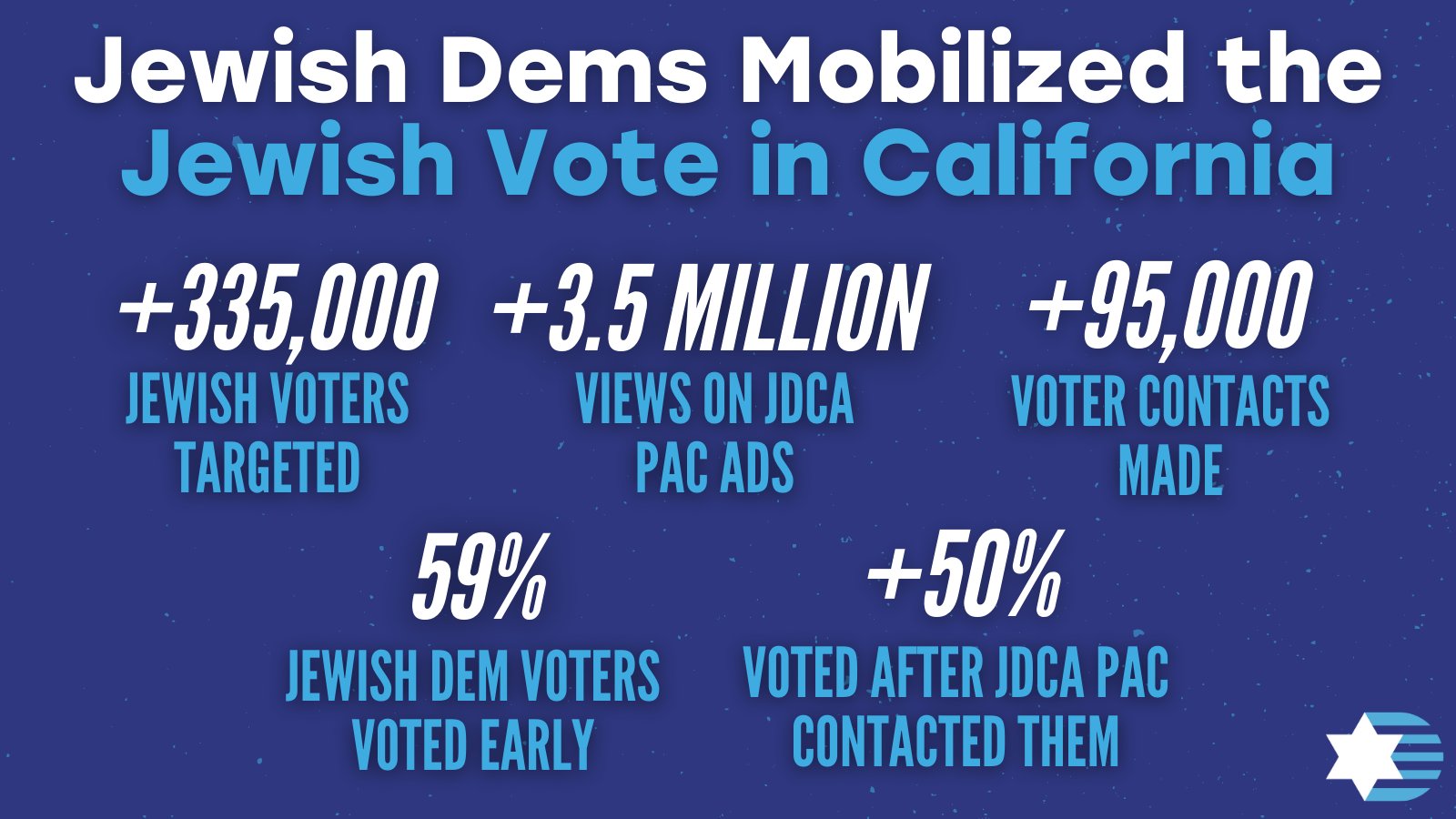 The threat of Republican extremism continues, and we must remain engaged and vigilant. This weekend, extremists will hold another rally in Washington, D.C. in support of the January 6 rioters, prompting authorities to resurrect fencing and barricades around the Capitol. Republicans are threatening our health, our safety, and our democracy. They are preparing for the 2022 midterm elections, and so are we. Jewish Dems are laying the groundwork for victory, and we need you to stay engaged to ensure we elect Democrats who reflect our values.

Thank you for your continued support and engagement with Jewish Dems. If you haven’t already joined us in 2021 – please consider becoming a member of JDCA today, so we can continue to expand our critically important work.