This week demonstrated the danger of GOP lies threatening our democracy, security, and lives. First, there’s the Big Lie about alleged voter fraud in the 2020 election, which Republicans are using to suppress the vote in 48 states. Next, there’s the Republican lie excusing and even sympathizing with the January 6 insurrection, which was front and center at this week’s House investigation hearing. Additionally, there are widespread lies about the efficacy of the COVID vaccine, which have endangered all of our lives by contributing to the startling spread of the Delta variant.

Jewish Dems have had ENOUGH of Republican lies. It’s a danger to our democracy, to our values, and to our lives. We’re vaxxed and voting – we believe in truth, science, democracy, and decency, and we’re going to support and elect those who share these values and beliefs. Keep reading for more on the events of this week, and if you’re also a proud “vaxxed & voting” Jewish Dem, wear it on your sleeve! Check out JDCA’s new ‘Vaxxed & Voting’ line in our store by clicking on the image below. 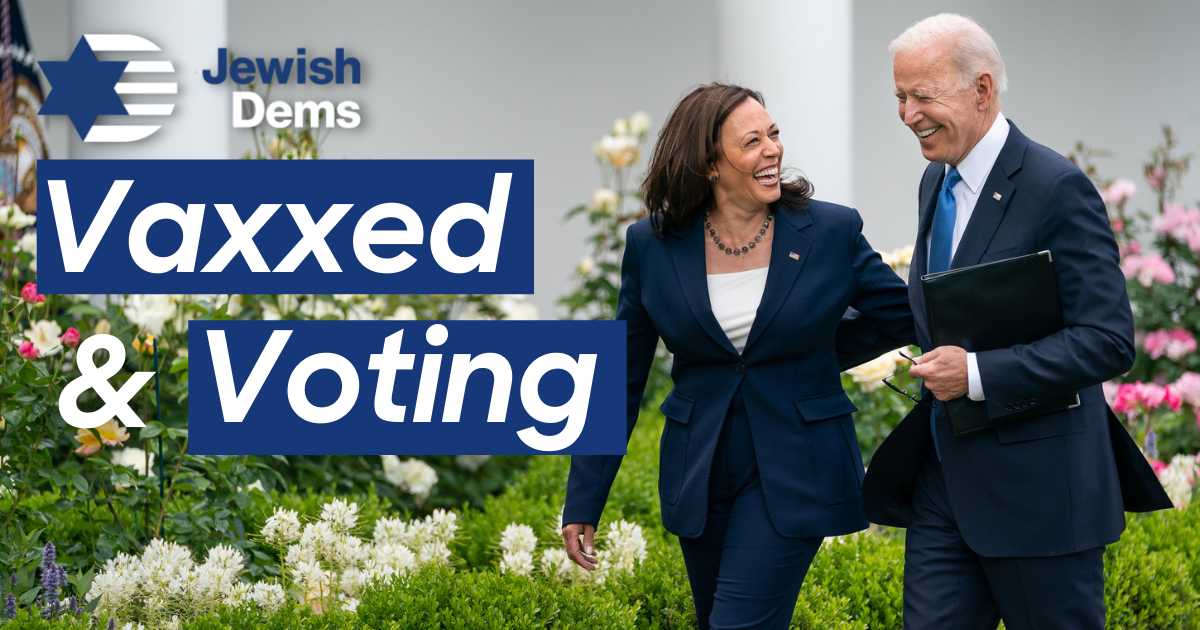 Earlier this week, the same day officers who defended the Capitol testified before the House Select Committee investigating the January 6 attack, it was announced that a swastika was discovered carved into a door at the State Department. The juxtaposition of the officers’ testimony before Congress – and Republicans’ denial of the truth of January 6 – with news of a hate symbol discovered at the State Department serves as a stark reminder that while Donald Trump is no longer in office, his dangerous legacy of extremism remains embedded in our country and government.

The behavior of today’s Republican Party – the party of Donald Trump – endangers our democracy. Not only are Republicans attacking our right to vote, but the GOP is spreading dangerous misinformation about COVID-19 and the vaccines, which has contributed to the startling rise in COVID cases, including through the spread of the Delta variant. We will not remain silent about these ominous threats to our community and country, and encourage others to act immediately to root out hatred and extremism wherever it exists, including within the U.S. government.

At the same time, we know we have an ally in the White House fighting each day to restore the soul of America, and we are thrilled that President Biden has selected Professor Deborah Lipstadt as Special Envoy with the rank of Ambassador-at-Large to Monitor and Combat Antisemitism. With antisemitism on the rise in the U.S. and around the world, Dr. Lipstadt is absolutely the right person at the right time for this critical role, and we strongly welcome this nomination. Join us on Thursday, August 5 at 2 P.M. ET / 11 A.M. PT for an in-depth conversation on economic justice. We will be joined by Joe Sanberg, Co-founder of Aspiration, Economist Pia Malaney, and Rabbi Joel Simonds, Executive Director of the Jewish Center for Justice and JDCA NextGen Council member. We will discuss how Democrats are leading on this issue and what actions we can take to be part of the solution. The conversation will be moderated by journalist Danielle Berrin. Click below to sign up. 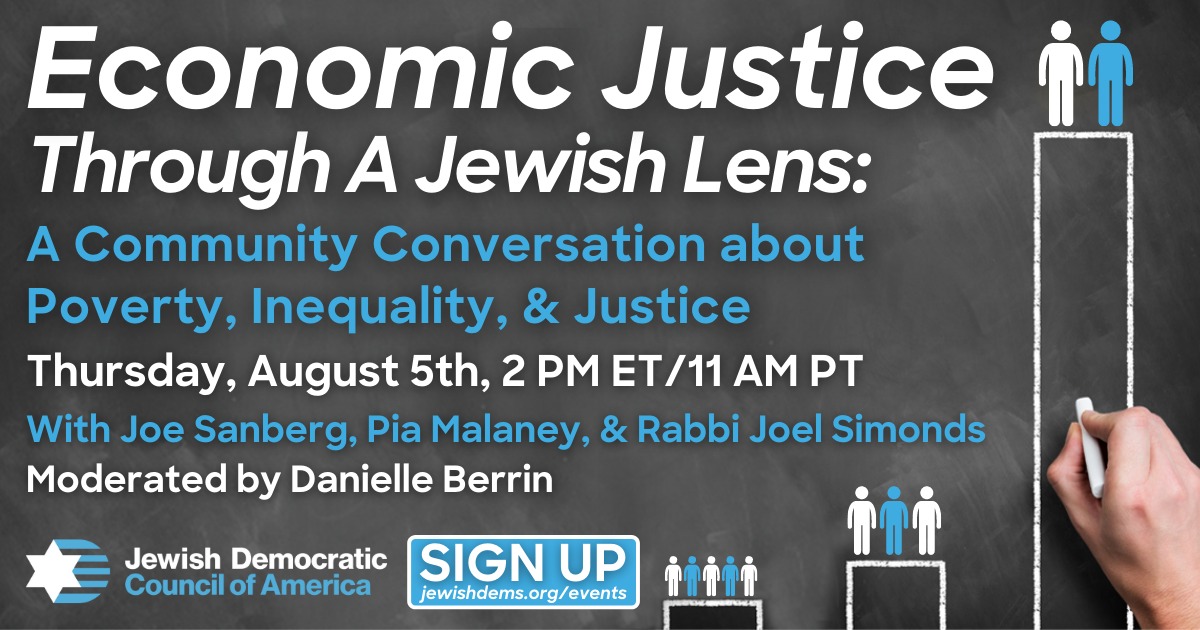 We are grateful for your partnership.