This Monday, August 12, marks two years since neo-Nazis marched in Charlottesville, and President Trump referred to them as “very fine people.” In a shocking moment for all Americans, Trump equated white supremacists chanting “Jews will not replace us” with those peacefully protesting them, even after an innocent protestor was killed.

We now understand that pivotal moment foreshadowed a deeply disturbing trend of rising hate and intolerance in America. We have witnessed the devastating consequences of bigots emboldened and inspired by our president. And we have mourned the immeasurable loss of life when those bigots have been armed with assault weapons.

Republican inaction in the face of these disturbing trends is unconscionable, un-American, and a danger to us all. That is why we are taking action to bring about political change consistent with our values. 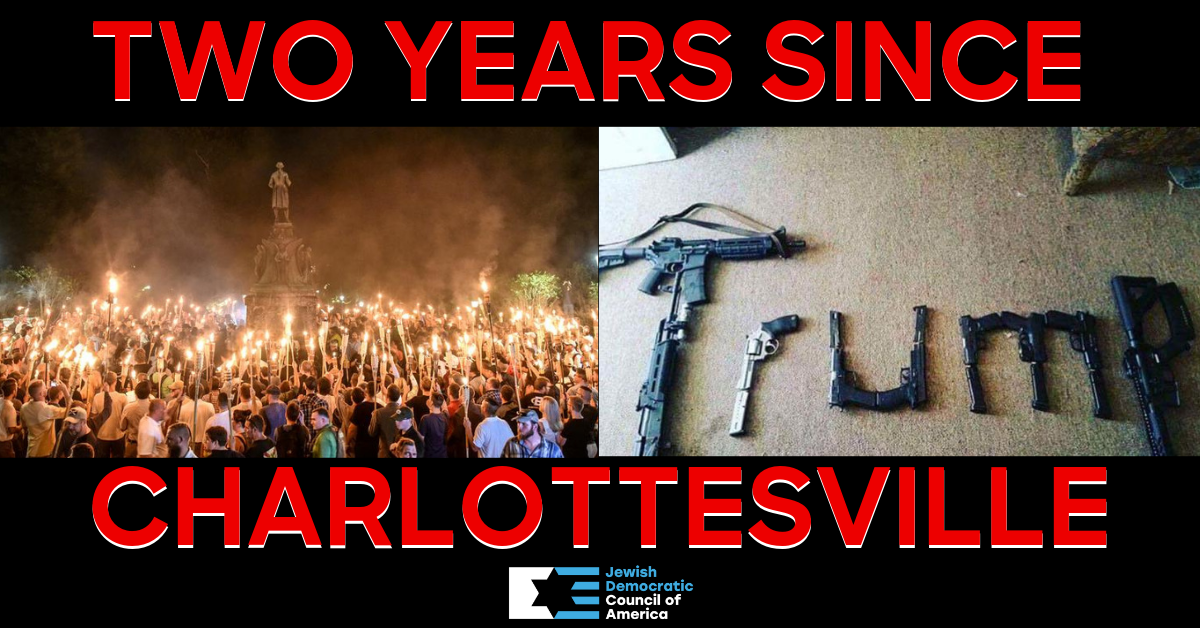 We launched the Jewish Democratic Council of America (JDCA) shortly after the neo-Nazi protest in Charlottesville. As Americans and as Jews, we felt an obligation to speak out and act on our values.

In the past two years, we have built a robust organization to serve as the voice of Jewish Democrats, advocating for Jewish values not only in Congress and public discourse, but also at the ballot box. We know that electing candidates who share our values is critical to building a better future, and we are grateful for your partnership.

Join us TOMORROW, Friday, August 9 at 2:30 pm EDT, for an exclusive call with former Virginia Governor Terry McAuliffe on the rise of white nationalism. As Governor of Virginia, McAuliffe was at the forefront of responding to the Unite the Right protest in Charlottesville, and he has since written a book entitled: “Beyond Charlottesville: Taking a Stand Against White Nationalism.” Sign up here, or by clicking on the image below. 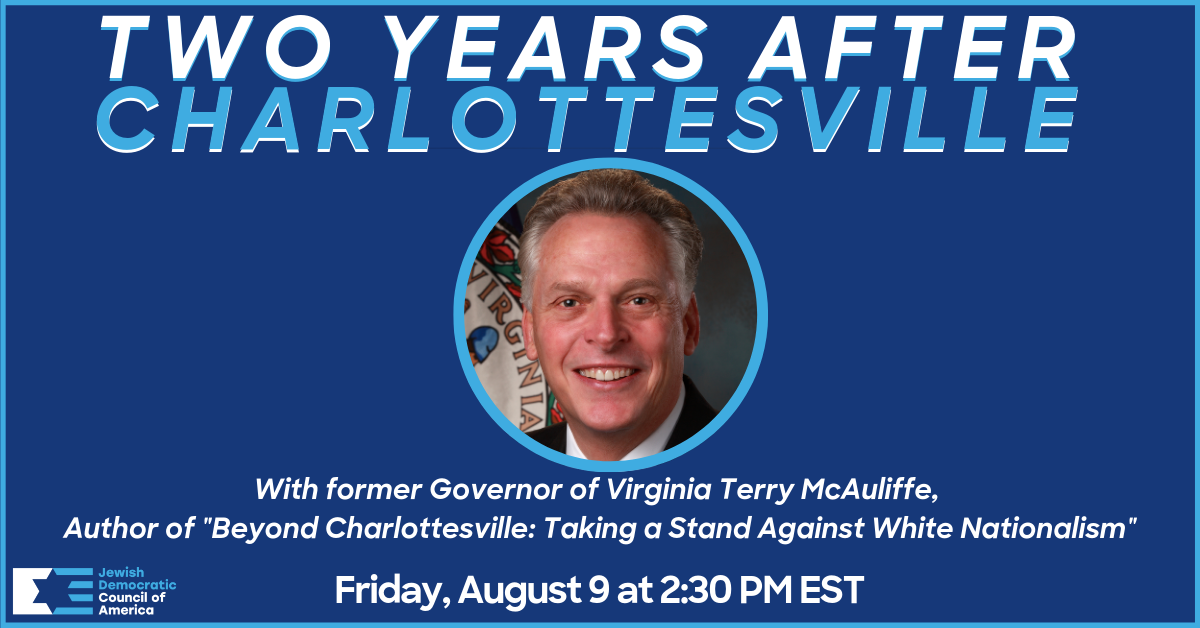 Please also join us in demanding that the Senate immediately reconvene to pass the gun safety legislation that passed the House in February. Take action with JDCA by clicking on the link below, which will connect you with your senators. We must take action to end the epidemic of gun violence that has plagued our communities, places of worship, and schools. 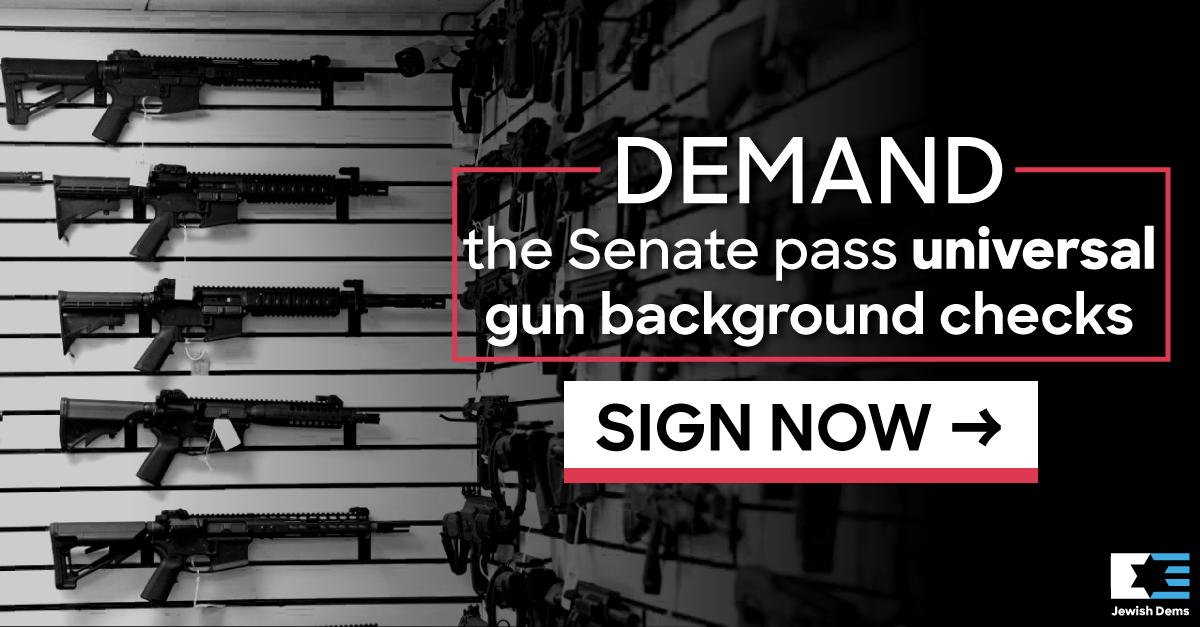 We are laying the groundwork for mobilizing the Jewish vote in support of candidates who share our values in 2020, and we need your help. Our work is not possible without you, and we thank you for standing with JDCA as we fight for socially progressive, pro-Israel, and Jewish values.