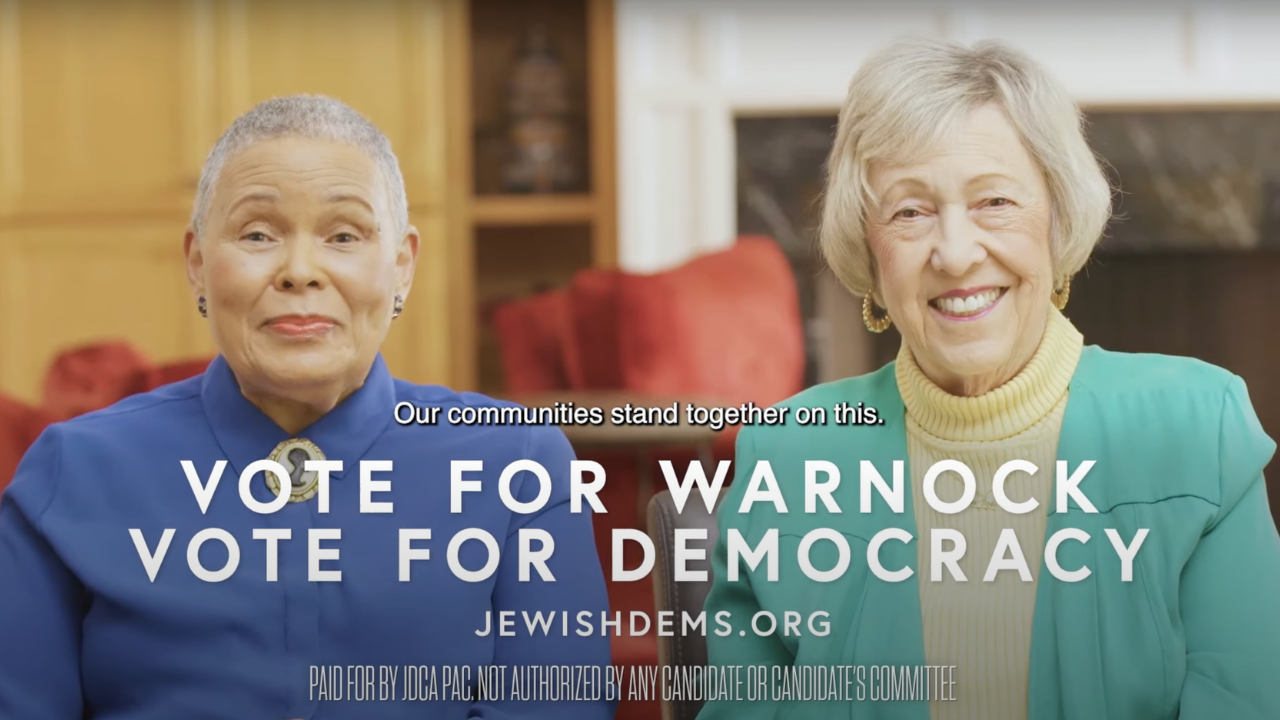 In the past day, JDCA PAC released two new ads targeting Jewish voters in Georgia urging them to support Sen. Warnock in the runoff election on December 6. The new ads are part of a quarter-million dollar effort by JDCA PAC to engage Jewish Georgians during the 2022 election cycle, featured in the Forward.

One of our new ads, called “Stand Together,” includes the testimonials of two Georgians – a Jewish community leader, Sherry Frank, and a Black community leader, M. Alexis Scott – with Sherry saying, “As a Jewish Georgian, I support Raphael Warnock for his faith, honesty and devotion to democracy.” It concludes with Alexis’s message that the Jewish and Black communities stand together in support of Warnock and in opposition to his Republican opponent, Herschel Walker.

The second ad, titled “History is Watching Georgia,” quotes Sen. Warnock saying on the Senate floor, “I believe that democracy is the political enactment of a spiritual idea.” These ads come on top of JDCA PAC’s six-figure spend in Georgia targeting Jewish voters during the general election in support of Sen. Warnock.

In addition to the new ads, JDCA and JDCA PAC are canvassing and leading multiple phone and text banks to directly engage more than 100,000 Jewish voters in Georgia. These events will feature Democratic stars of the midterms: Michigan Gov. Gretchen Whitmer and Pennsylvania Governor-Elect Josh Shapiro. Tonight, we’ll be joined by JDCA-endorsed candidate Ohio Congressman-Elect Greg Landsman, and we’ll make phone calls to Jewish voters in the Peach State. Join us!

Thank you for your continued support of JDCA and our critical work getting out the Jewish vote for Democrats.