This Thanksgiving, we’re thankful for YOU 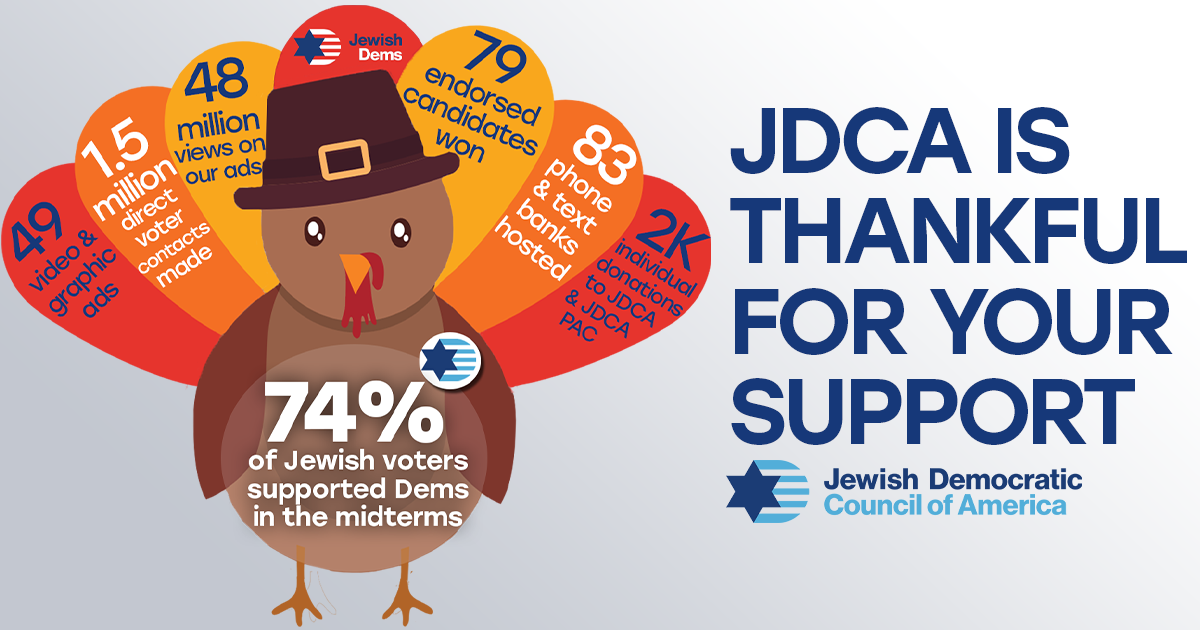 Taking action with JDCA gives you the opportunity to have a measurable impact on elections in support of Democrats. Hundreds of JDCA activists made over 1.5 million direct voter contacts in key states during the midterms. Through your support and over 2,000 individual donations to JDCA and JDCA PAC, we sent JDCA PAC’s ads to each Jewish voter at least 36 times before they voted and over 48 million times overall. Our work helped deliver victory for countless Democrats and we couldn’t have achieved these victories without you. This Thanksgiving, we’re deeply thankful for your support.

Our work isn’t over. This week, JDCA PAC released two new ads to send to Jewish voters in Georgia, and JDCA’s grassroots movement is contacting Jewish voters in support of Sen. Raphael Warnock. Sign up for one of our upcoming events — including a phone bank featuring Rep.-Elect Hillary Scholten (MI-03) and a conversation with Governor Gretchen Whitmer and Governor-Elect Josh Shapiro moderated by political commentator Brian Tyler Cohen.

Thank you for taking action with JDCA and for speaking out in support of our shared values.