The Tide is Turning

Going into this election cycle, Republicans arrogantly declared that a GOP “wave” was coming in November. Today, it’s clear that the tide has turned, and that wave is looking increasingly blue. President Biden and Democrats’ recent successes demonstrate that Dems are delivering for the American people, and polling increasingly shows Democrats on the path to expanding their congressional majorities in the midterms.

Not only is the tide turning in favor of Democrats – it’s also become increasingly clear that GOP candidates are too extreme to be electable, including among their base. Even Mitch McConnell acknowledged the Democrats are likely to retain their Senate majority due to GOP “candidate quality.” Republicans are pulling money out of the Arizona Senate race as they quickly abandon Blake Masters’ extremist campaign, and they are likely to follow suit in other states. It’s a sinking ship, and they know it. 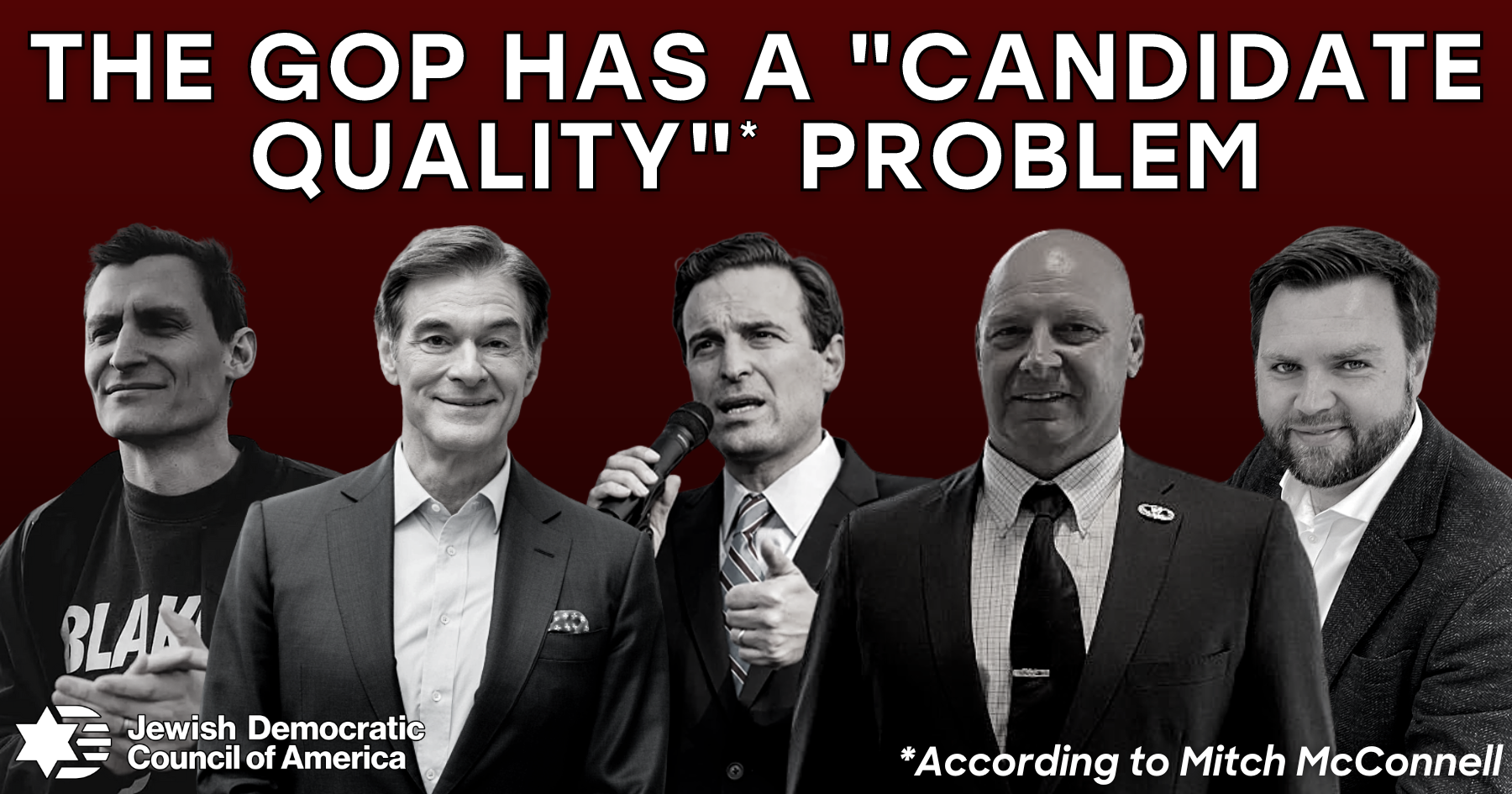 PATH TO VICTORY: DEMOCRACY DEPENDS ON US

To celebrate Democrats’ successes and energize Jewish voters across the country to get out the vote for Dems who share our values, join JDCA at our national virtual rally, Path to Victory: Democracy Depends on Us, on Tuesday, September 20 at 5:00 p.m. ET/2:00 p.m. PT.

RSVP FOR PATH TO VICTORY

Thank you for your partnership,