With the 2020 election less than ten months away, we are already seeing Republican attempts to misrepresent where Democrats stand on Israel, which President Trump and his allies have repeatedly tried to use as a wedge issue.

We at Jewish Democratic Council of America (JDCA) won’t accept these cynical attempts to manipulate the truth, and neither should you. Democrats are strongly supportive of the U.S.-Israel relationship, Israel’s security, and Israel’s right to self-defense.

Along with Democratic leaders in Congress and the overwhelming majority of the American Jewish community, we support a negotiated two-state solution to the Israeli-Palestinian conflict, and have long warned against unilateral steps and measures imposed by the outside.

We have no illusions about the difficulty of achieving a negotiated two-state solution, and understand that there are no shortcuts to peace. It is with this in mind that we were anxious to see – and fully review – President Trump’s plan for peace, which he released earlier this week.

Despite some promising words on a page, President Trump’s plan appears to be exactly what we have warned against for decades – it’s an imposed solution, devised in the absence of negotiations, which may lead to unilateral measures, and it’s unacceptable to one side. The plan may actually impede prospects for peace by giving a green light to Israeli annexation of parts of the West Bank and strengthening rejectionists on the Palestinian side.

President Trump’s plan ignores one party to the conflict, imposes conditions, and raises more questions than it answers. We at JDCA aim to dispel false narratives with facts, including on Israel, and that’s why we convened a call yesterday with experts to discuss these issues. What we learned is that President Trump’s plan appears to be more about politics than peace. 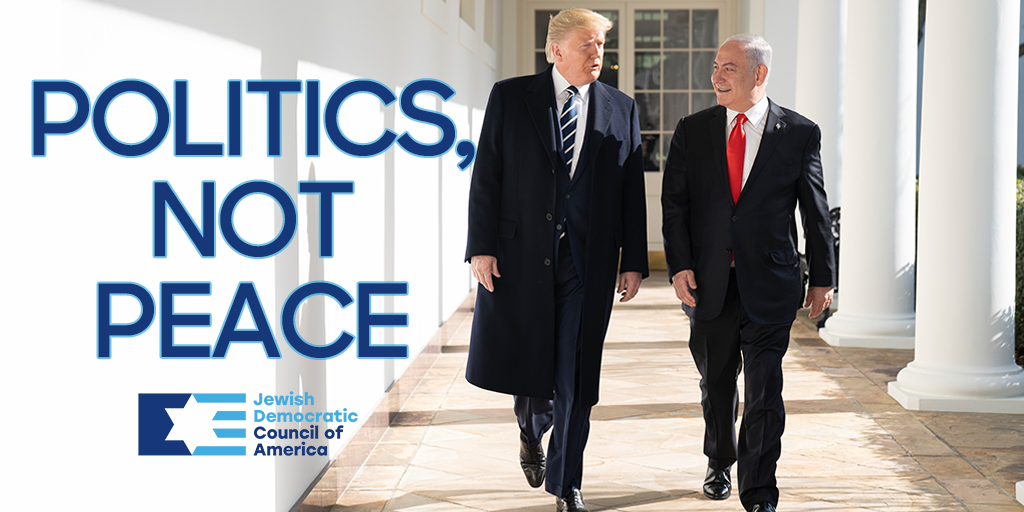 On yesterday’s conference call for the JDCA community, we were joined by Ambassador Dan Shapiro, Distinguished Visiting Fellow at Tel Aviv University’s Institute of National Security Studies (INSS) and former U.S. Ambassador to Israel, Tamara Cofman Wittes, Senior Fellow in the Center for Middle East Policy at Brookings Institution and former Deputy Assistant Secretary of State, and Ilan Goldenberg, Senior Fellow and Director of the Middle East Security Program at the Center for a New American Security (CNAS) and former Chief of Staff to the Special Envoy for Israeli-Palestinian Negotiations. If you missed it, don’t worry – we have you covered – listen below and keep reading for key takeaways. 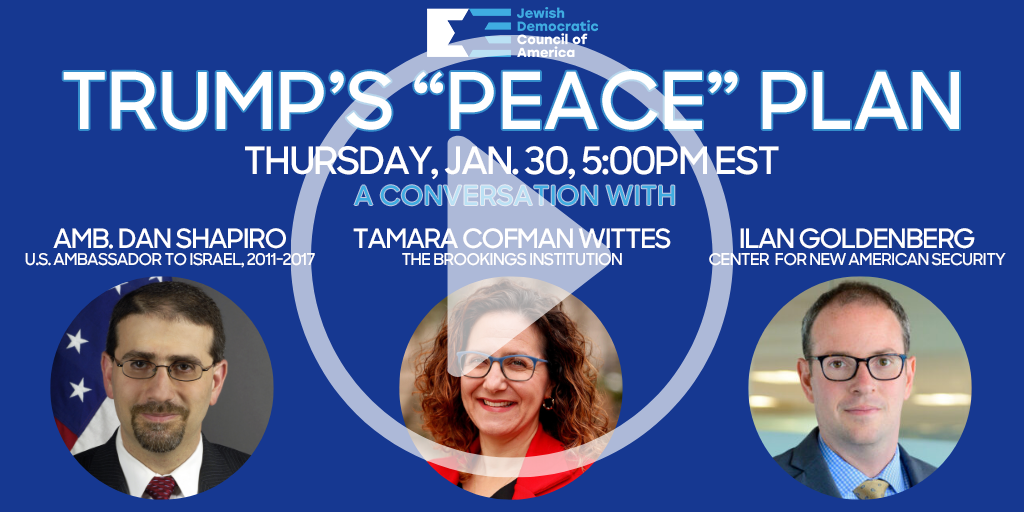 Key take-aways from the call include:

Today, we are also closely watching the vote in the Senate to include witnesses in the impeachment trial. While we’re deeply concerned about prospects for Senate Majority Leader McConnell pushing forward – without witnesses – to acquit President Trump, it’s not too late to ensure your voice is heard on this critically important matter. Call your Senator today to express your support of witnesses and documents in the trial. Click on the image below. 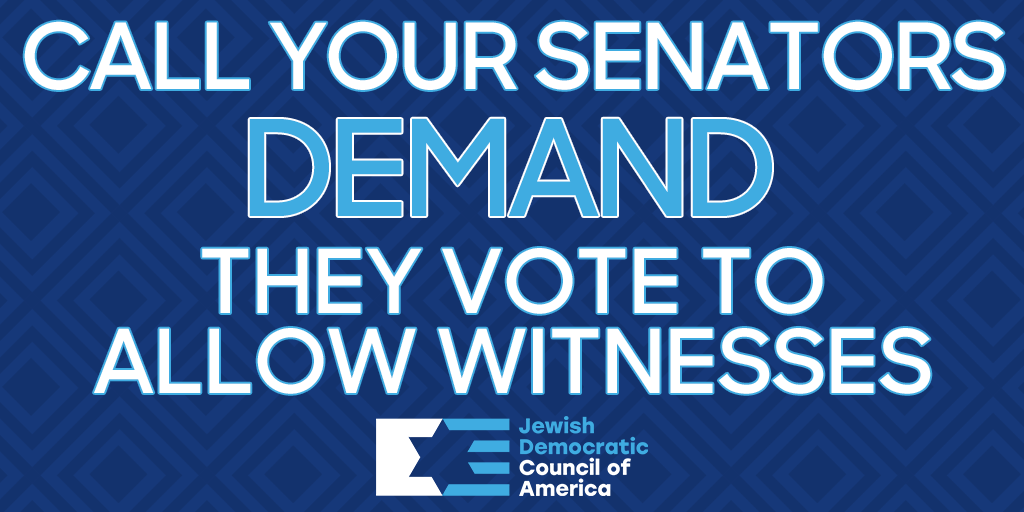