This past week, Jewish voters and JDCA’s campaign helped ensure Shontel Brown’s victory in Ohio’s 11th congressional district Democratic primary. We’re incredibly proud of this work, which we’re going to continue to expand through the 2022 midterm elections. Join us today as a member or supporter of JDCA, and keep reading about just how much the Jewish vote matters.

Here’s what we did:

Here are the results:

JDCA’s campaign in Ohio-11 was efficient, targeted and strategic, and it worked. Thank you to all of our supporters and volunteers who helped make this happen. We are grateful for your support, and we look forward to continuing to ensure victories for Democrats who share our values.

If you haven’t already done so, please consider becoming a member of JDCA today so we expand our movement. And if you’re already a member, consider deepening your support, so we can continue to expand our critical work in support of Democrats who share our values.

4 Years After the Charlottesville Attack 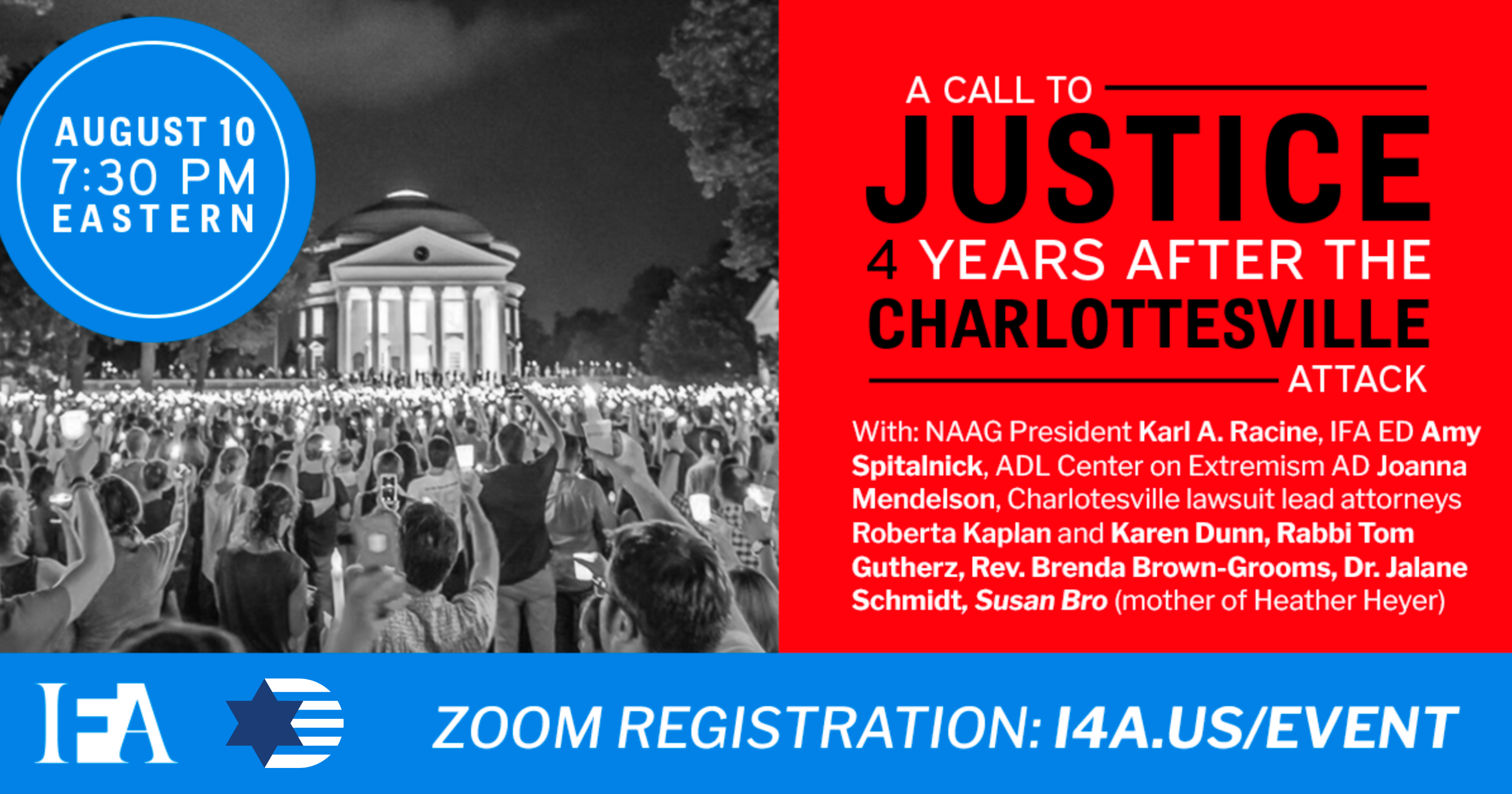 Join us and Integrity First For America (IFA) on August 10th at 7:30 pm ET for a special program marking four years since the attack on Charlottesville, an event which provided an impetus for the launch of JDCA. We will come together to reflect on that violent weekend and its role in the broader cycle of extremism — and discuss how IFA’s lawsuit is holding accountable the neo-Nazis and white supremacists responsible.

Thank you for your continued support of JDCA. We are grateful for your partnership.