The Jewish Vote Delivered for Democrats 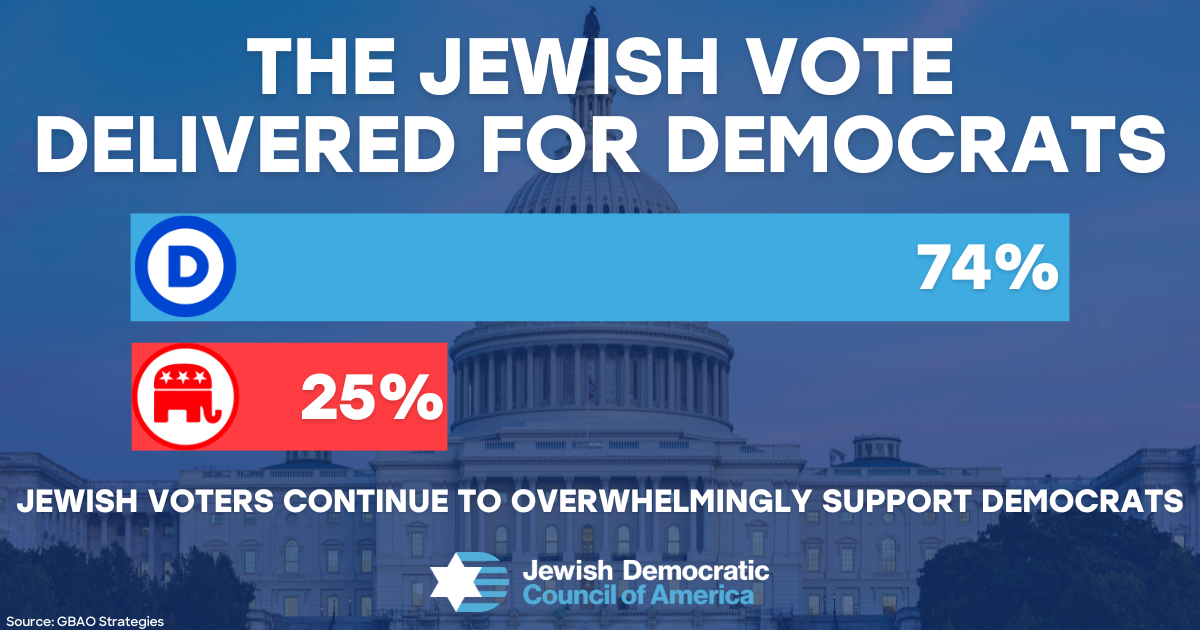 With the midterm results nearly final, it’s clear that the Jewish vote played a key role in delivering for Democrats in close races around the country. JDCA led an unprecedented campaign to ensure that Democrats won this election with the strong support of Jewish voters, and that’s exactly what occurred in the midterms.

A national survey conducted by GBAO Strategies for J Street found that 74% of Jewish voters supported Democrats in this election, 76% blame rising antisemitism on Trump and his allies in the Republican Party, and democracy and abortion were the top motivating issues for Jewish voters. Those were the top issues driving JDCA’s messaging, and our priority states of Pennsylvania, Nevada, Arizona, and Georgia proved essential to Democratic victories. Read our full statement about the Jewish vote and how JDCA helped Democrats win.