The ABCs of Democratic Leadership 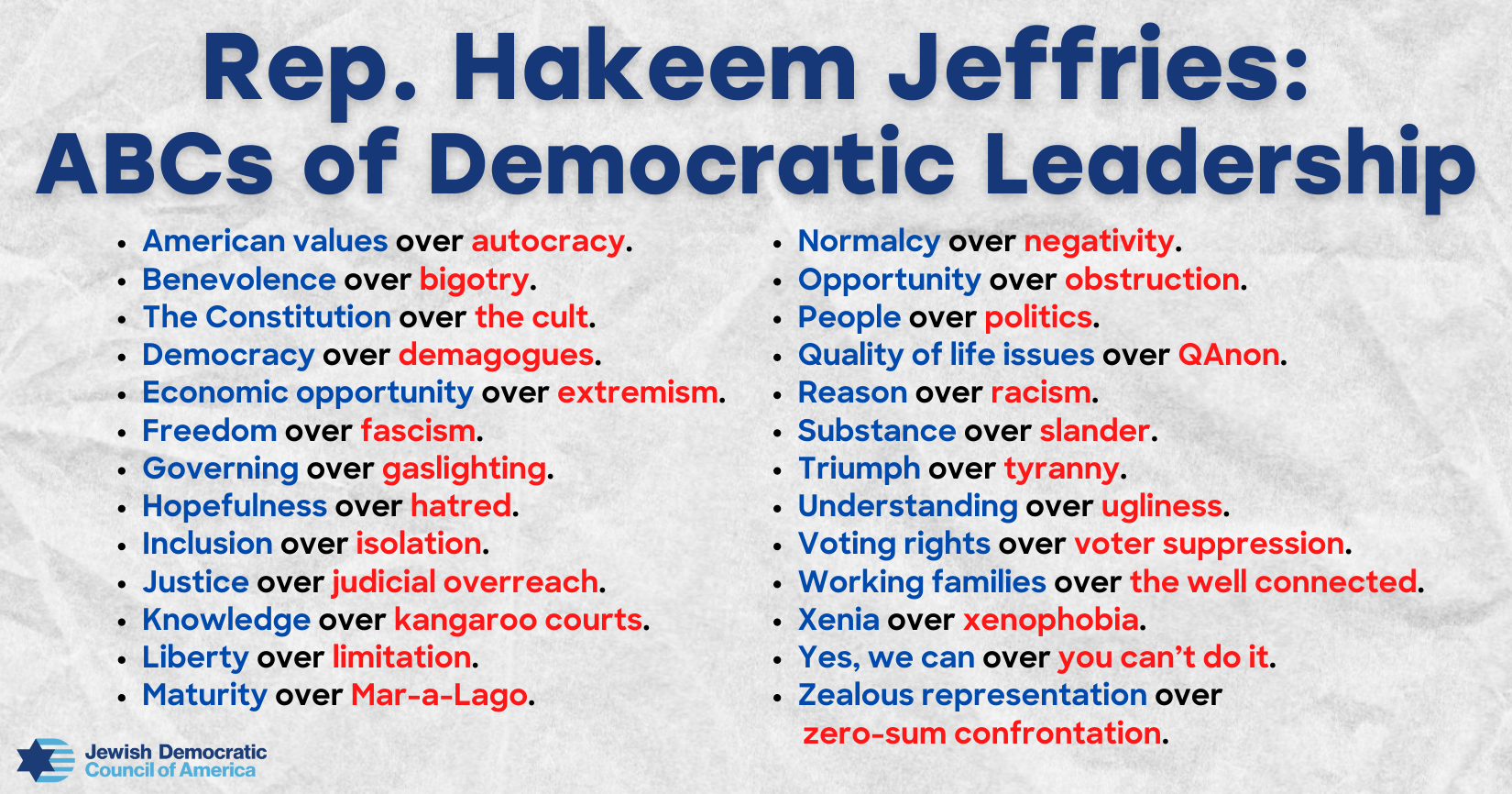 Last week, Democrats demonstrated unity and perseverance, voting unanimously for Rep. Hakeem Jeffries in each of the 15 votes for Speaker of the House. Once the election was final, Leader Jeffries gave a riveting speech we’re calling the “ABCs of Democratic Leadership,” which spoke to our Jewish and Democratic values. Going through each letter of the alphabet, Rep. Jeffries highlighted foundational principles for Democrats in 2023 and contrasted them with those of the GOP. ICYMI – you can download the ABCs of Democratic Leadership here, and feel free to pass it on!

Last week, Sen. Debbie Stabenow (D-MI) announced that she would not run for re-election in order to pass the torch to a promising new generation of leaders in the Democratic Party. Leader Jeffries and many other House and Senate Democrats represent this new generation and the future of our party, and we have confidence in their ability to govern and lead. JDCA will proudly support their efforts to advance our shared values in the new Congress.

Jewish Dems understand the importance of l’dor v’dor, from one generation to the next, and we’re grateful for party leaders who are ushering in progress consistent with our values. Watch the powerful speech by Leader Jeffries and support our work today to ensure we continue to support and elect Democrats, including a new generation of leaders. And download and share your ABCs of Dem Leadership!