Thanks to you, Lipstadt hearing scheduled

It took 186 days from President Biden announcing the nomination of Dr. Deborah Lipstadt to serve as Special Envoy to Monitor and Combat Antisemitism for Senate Republicans to finally schedule her hearing for February 8. For months, Jewish Dems put pressure on Republican Senators to confirm Dr. Lipstadt and called out their immense hypocrisy. Thanks to all of you, we played a key role in ending the Republican block of her nomination and scheduling of her hearing, but our work isn’t finished.

Earlier this week, Senator Jim Risch (R-ID), the Ranking Member of the Senate Committee on Foreign Relations, had the audacity to claim there was “nothing” delaying the confirmation of Dr. Lipstadt. He’s lying – the only delay was his months-long refusal to schedule her hearing. It took yet another synagogue attack, Nazis marching in the streets, and collective Jewish outrage – including from JDCA – for Senate Republicans to finally move forward with the consideration of this eminently qualified nominee. Dr. Lipstadt should have been confirmed immediately when President Biden first announced her nomination last summer. Read JDCA’s take in The Forward.

The fight is not over – we still have more work to do to ensure Dr. Deborah Lipstadt is confirmed. Take action by telling Congress that Dr. Lipstadt’s confirmation is long overdue and she is the right person at the right time to serve in the fight against the rise of antisemitism. 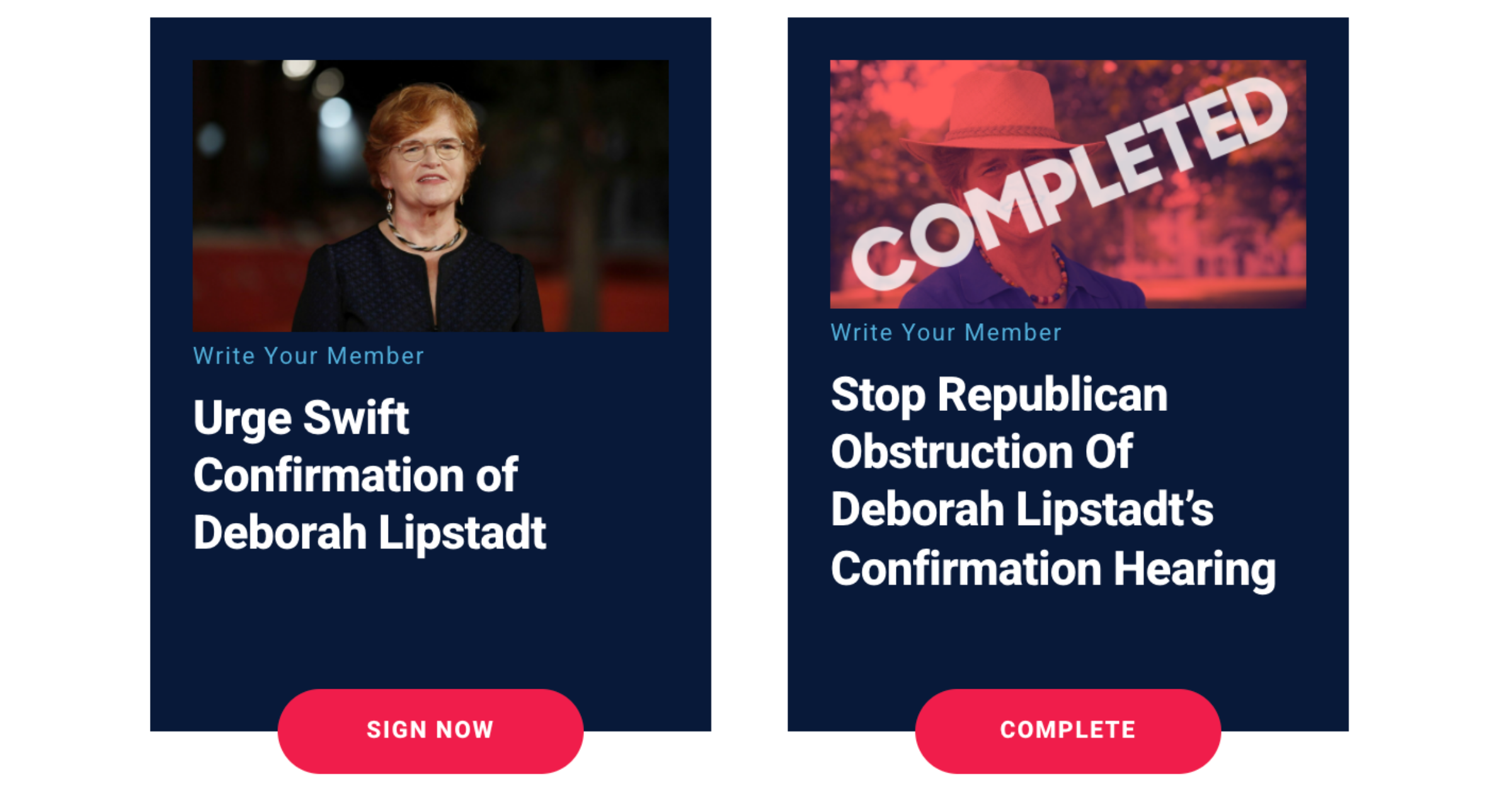 Thank you for your continued support and partnership. If you have not already, please become a 2022 member of JDCA today.