Over and over, we continue to see Republicans use Israel as a political wedge issue, falsely laying claims to the “pro-Israel” mantle. It’s disingenuous cynical politicking and it’s dangerous. As Jewish Democratic Council of America (JDCA) CEO Halie Soifer said last night at J Street’s annual conference, “Donald Trump, Marjorie Taylor Greene, Tucker Carlson, and their allies inciting, amplifying, enabling, and aligning with right-wing extremists don’t get to define the narrative on Israel.”
Last week, Rep. Marjorie Taylor Greene attempted to position herself as the latest defender of Israel in the House. This was the same week she attempted to create a congressional caucus based on “Anglo-Saxon political traditions,” which might as well have been called the Congressional White Supremacy Caucus. It doesn’t matter what they call themselves – the GOP has become the home for racists and extremists, and their caucus of bigots remains a danger to our community and country. JDCA is pushing back and we ask that you join us by supporting our efforts today. Keep reading to get involved with our efforts to further our values. 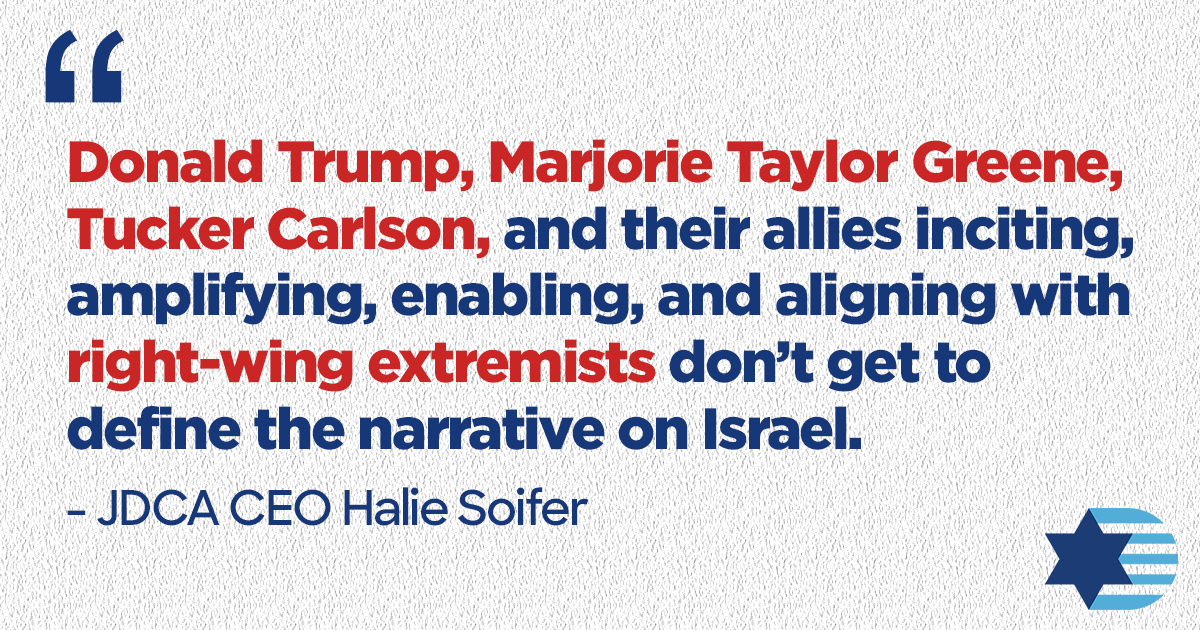 STAND WITH JDCA
TAKE ACTION
MEETING THE MOMENT: DEM LEADERSHIP ON CLIMATE CHANGE
This is a big week for taking action on one of the most important issues for Jewish voters: combating climate change. This Wednesday, we’ll be joined by Senator Ed Markey (D-MA) and Rep. Sean Casten (D-IL), who will share how Democrats are leading on this issue and what actions you can take to be part of the solution. We’ll be joined by Rabbi Jennie Rosenn and the discussion will be moderated by Rabbi Sarah Bassin. Click below to join. 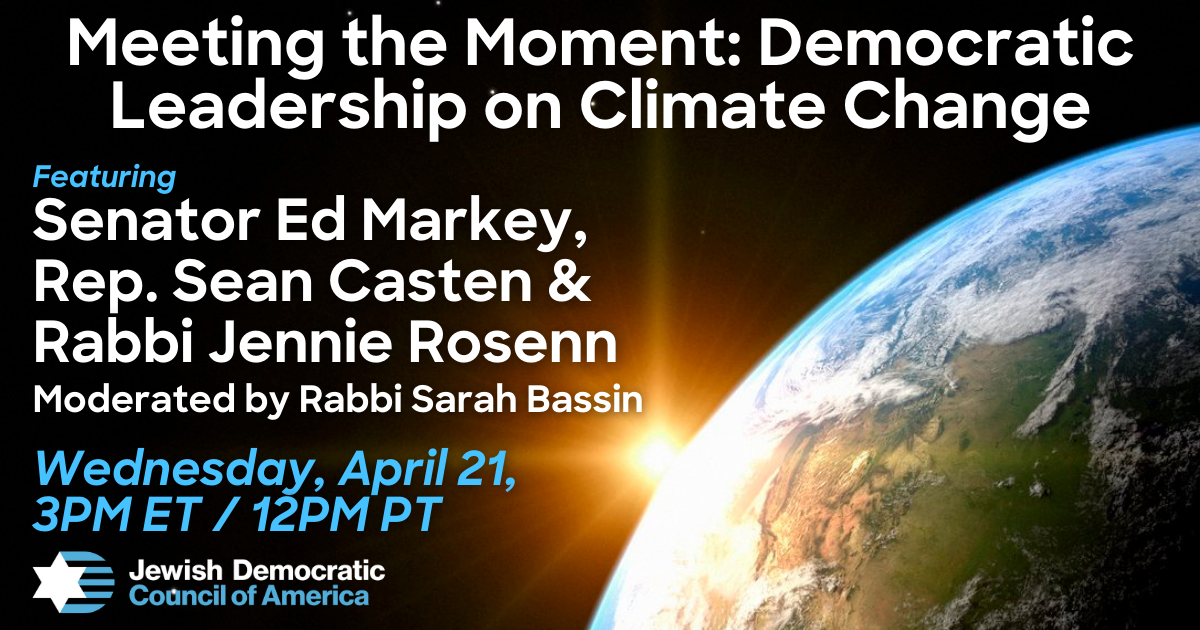 WEDNESDAY, 4/28: Pre-Address Schmooze: The First 100 Days Previewing President Biden’s Joint Address to Congress.
Join Jewish Dems from across the country NEXT WEDNESDAY, right before President Biden addresses a joint session of Congress, for a discussion on the Biden-Harris Administration’s first 100 days in office. We will be joined by JDCA’s Board Chair and former Congressman Ron Klein (D-FL), CEO Halie Soifer, and Political Committee Chair Izzy Klein. Click on the image below to sign up. 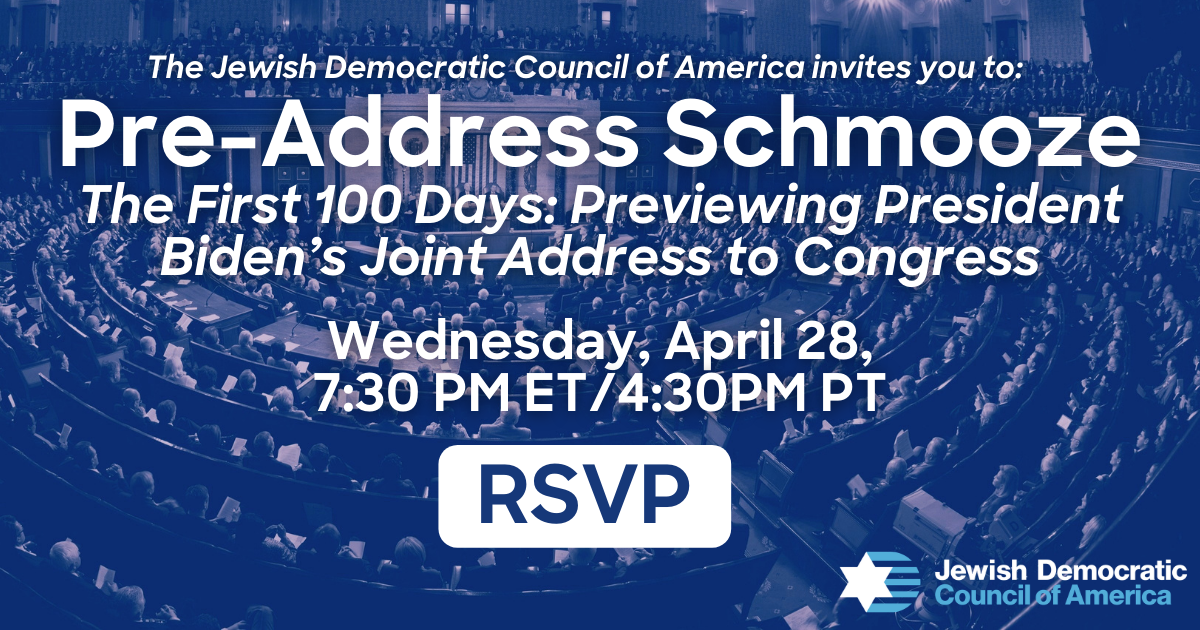