Pride is a Jewish value, and the Jewish Democratic Council of America (JDCA) is proud to celebrate Pride Month and the immeasurable contributions of LGBTQ+ Americans. Our work standing up for the human rights of LGBTQ+ individuals is more important than ever, and JDCA is calling on all Jewish Dems to not only celebrate Pride this month, but to join us in taking action to protect human rights.

The Republican Party is waging an all-out assault on the rights and dignity of LGBTQ+ people. Republicans are using lies and homophobic tropes to spread misinformation and to pass discriminatory legislation at the state level. In Florida, Republicans unconscionably banned schools from instruction on sexual orientation or gender identity. Elsewhere, Republicans are criminalizing healthcare and basic access for trans youth to participate in school activities, and some Republicans continue to insist that businesses have the right to discriminate against LGBTQ+ people. These attacks on the LGBTQ+ community are unacceptable and demand a strong and united response.

There is much to celebrate this Pride Month, but as Republicans threaten human rights and equality, this moment demands action. The Equality Act passed the House with unanimous support among Democrats; now the Senate must do its job and stand up for human rights. Join Jewish Dems in telling Congress to send the Equality Act to President Biden’s desk and to codify protections for the LGBTQ+ community.

Also, celebrate Pride Month with JDCA and the Jewish Democratic Women for Action (JDWA) on June 16 at 4:00 P.M. ET for “Celebrate PRIDE with Purpose and Activism”, keep reading to find more information on how the Equality Act will protect the human rights of LGBTQ+ Americans in the U.S., print a JDCA Pride sign and check out JDCA’s line of Pride merch!

Tell Congress to pass the Equality Act, which will: 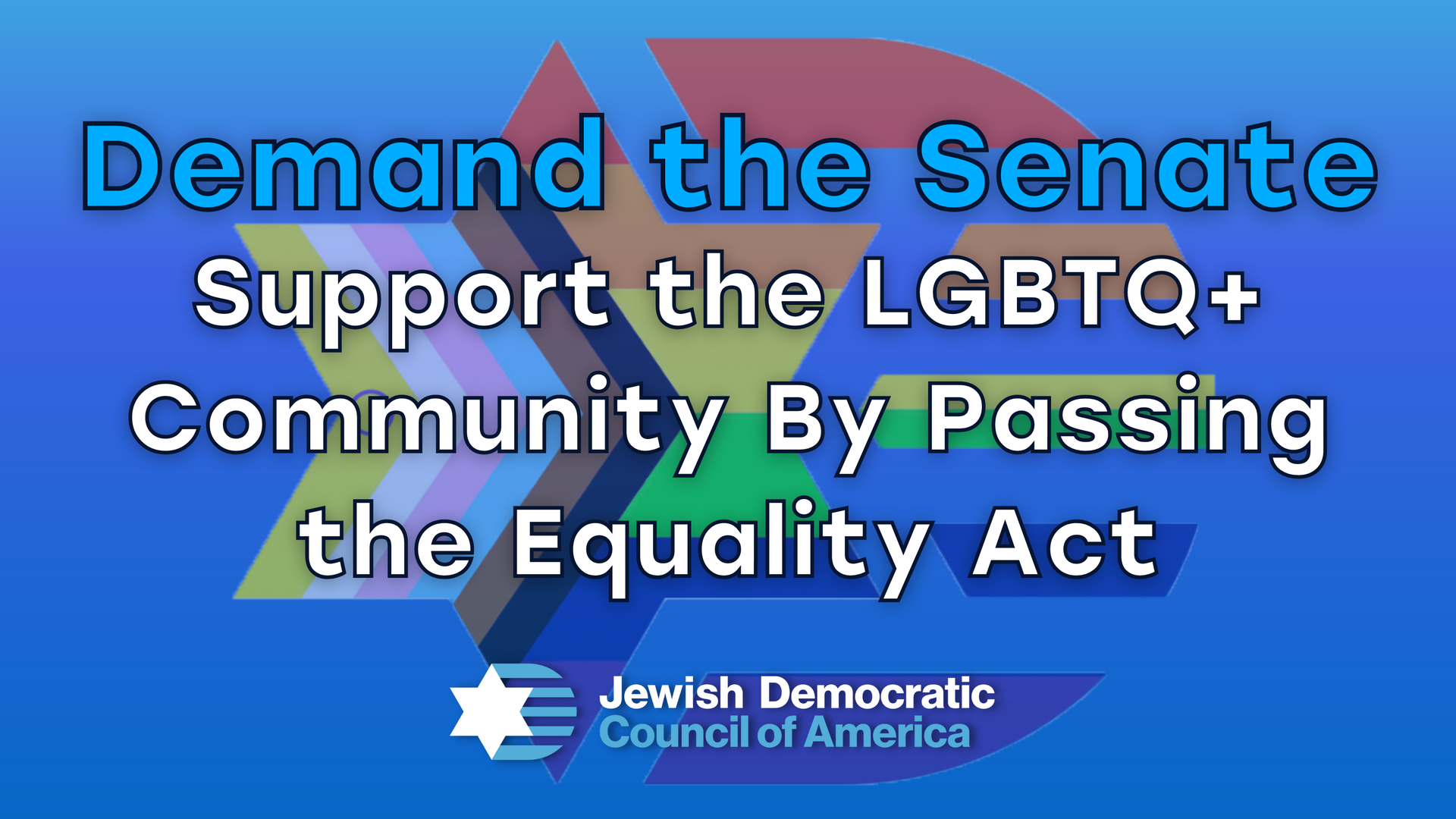 Jewish values are Democratic values, and Pride is central to both. Celebrate Pride Month with Jewish Dems and wear your values on your sleeve. Order your Jewish Dems Pride shirts, stickers, mugs, and more. Click here to download and print a JDCA Pride sign to bring to a parade near you! 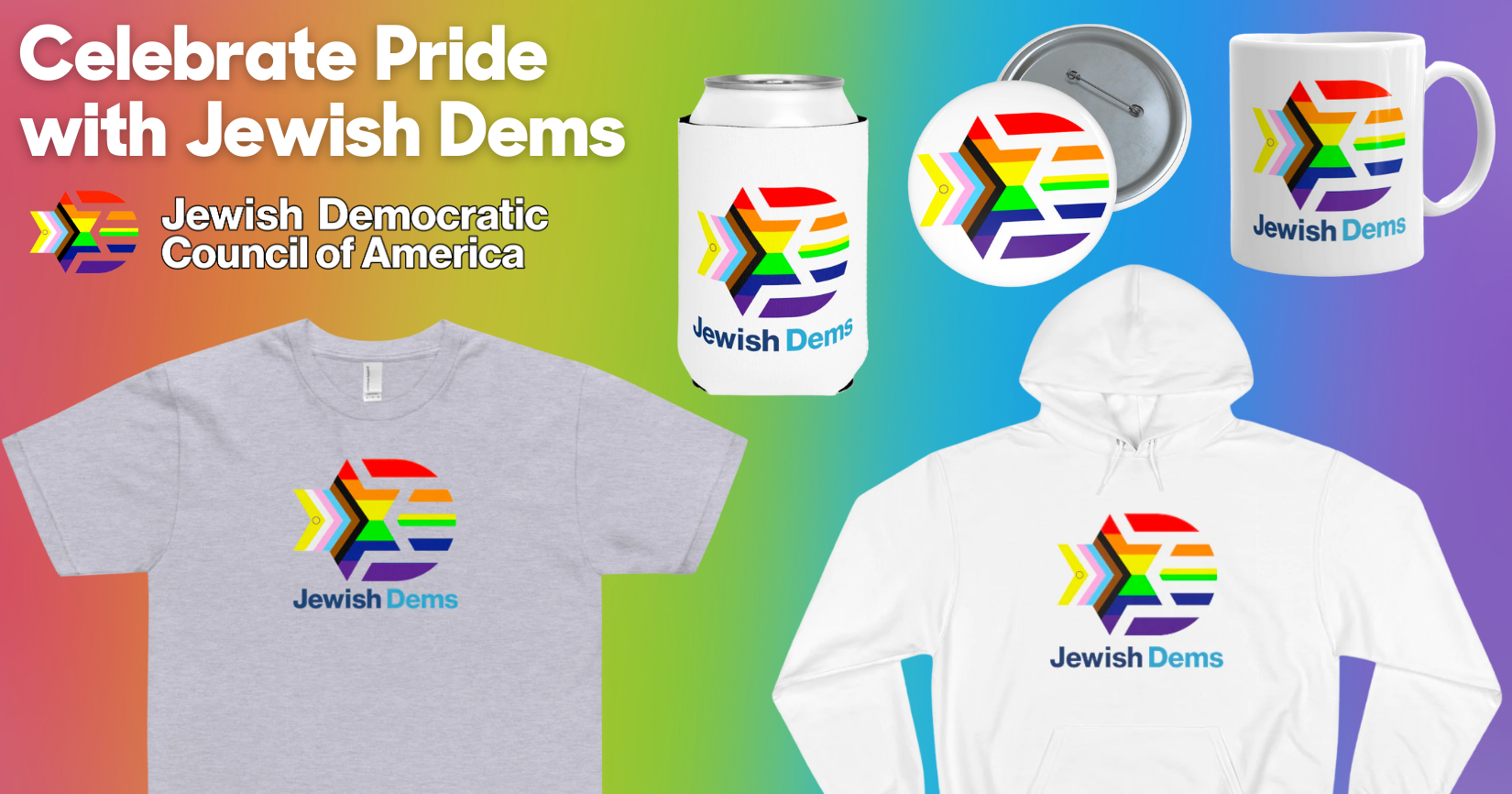 Thank you for your continued support and partnership with JDCA.