“We categorically reject and condemn Donald Trump’s anti-Semitic claim today that Jews who vote for Democrats are ‘disloyal.’ President Trump has no right to tell Jewish Americans that he knows what is best for us or to demand our loyalty.

“We live in a democracy, and Jewish support for the Republican Party has been halved since Trump has been in office – from 33% in 2014 to 17% in 2018 (according to Pew) – because Trump doesn’t represent Jewish or American values.

Jewish voters are deeply concerned about a range of domestic policy issues – including the startling rise of anti-Semitism during his presidency – in which Trump’s and Republicans’ policies have been antithetical to Jewish values. That is why the Democratic Party has been – and will continue to be – the political home for the overwhelming majority of American Jews. 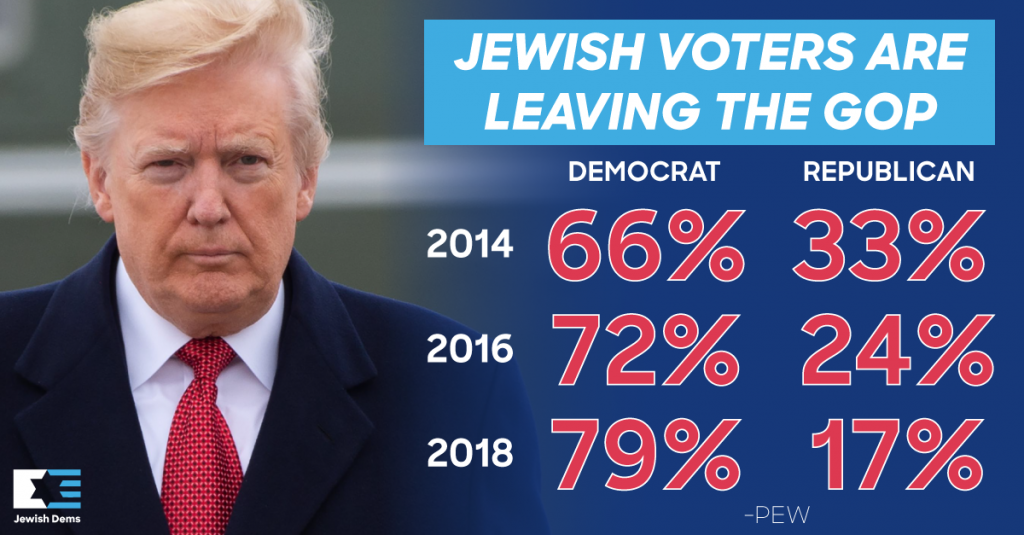 Donate
More on this issue
Combating Anti-Semitism & Hate
View All
Article 24 Hours to Keep VA Blue
Video What's on the ballot in Virginia?
Article Neo-Nazis Return to Charlottesville - This Time, They're on Trial