On behalf of everyone at JDCA, we wish you a happy, healthy and sweet new year. During these days of awe between Rosh Hashanah and Yom Kippur, join us by advocating for our Jewish and Democratic values. Our most pressing priority is defeating the Republican recall effort in California, which poses a serious threat of replacing Governor Newsom with a right-wing extremist in just four days. Read about JDCA’s efforts in today’s Jewish Insider, which focuses on the impact of the Jewish vote in CA. Also, check out our latest digital ad – sent to hundreds of thousands of CA Jewish voters – and overview of JDCA’s efforts to defeat the recall below. 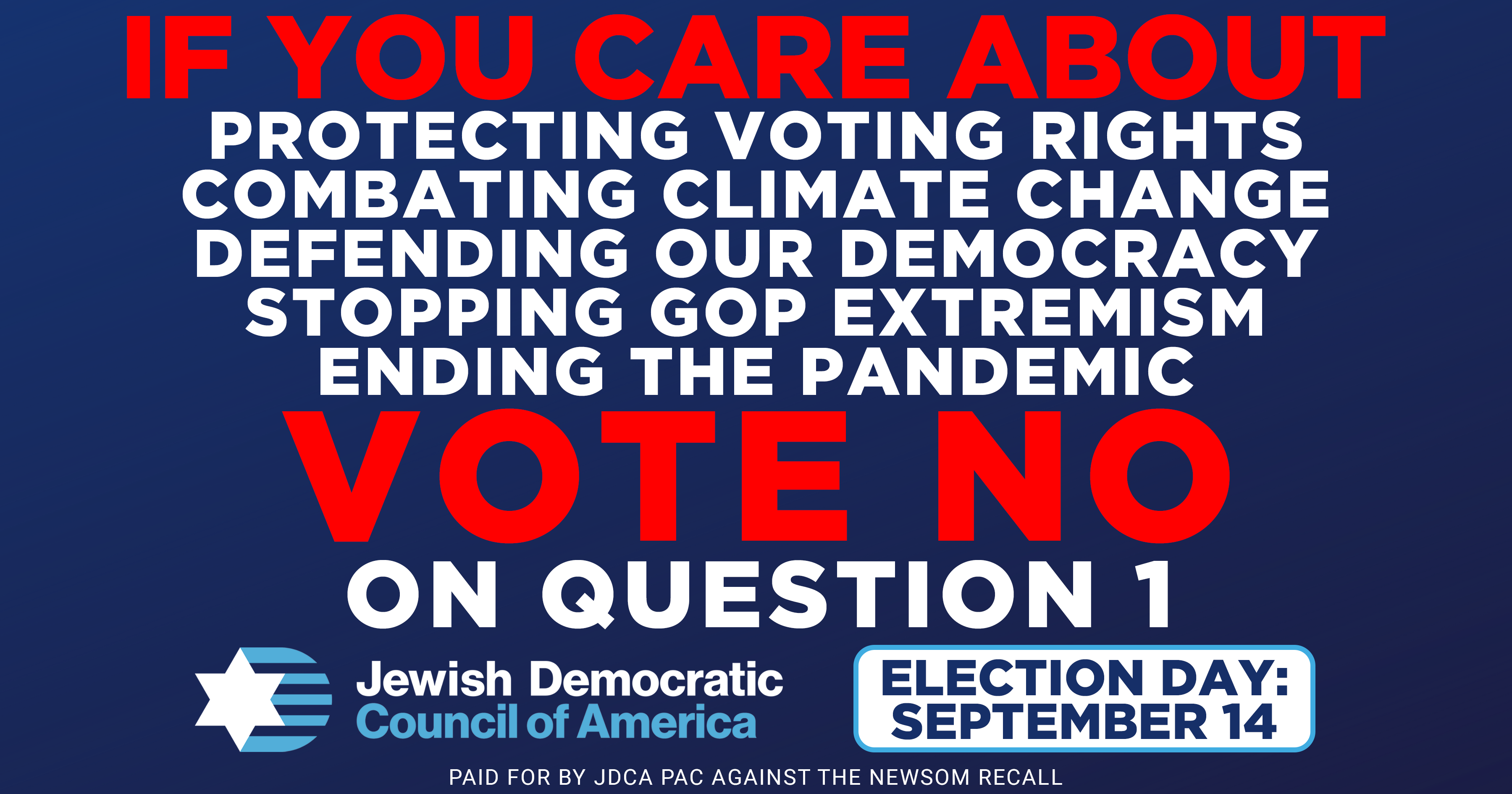 GET OUT THE JEWISH VOTE IN CA 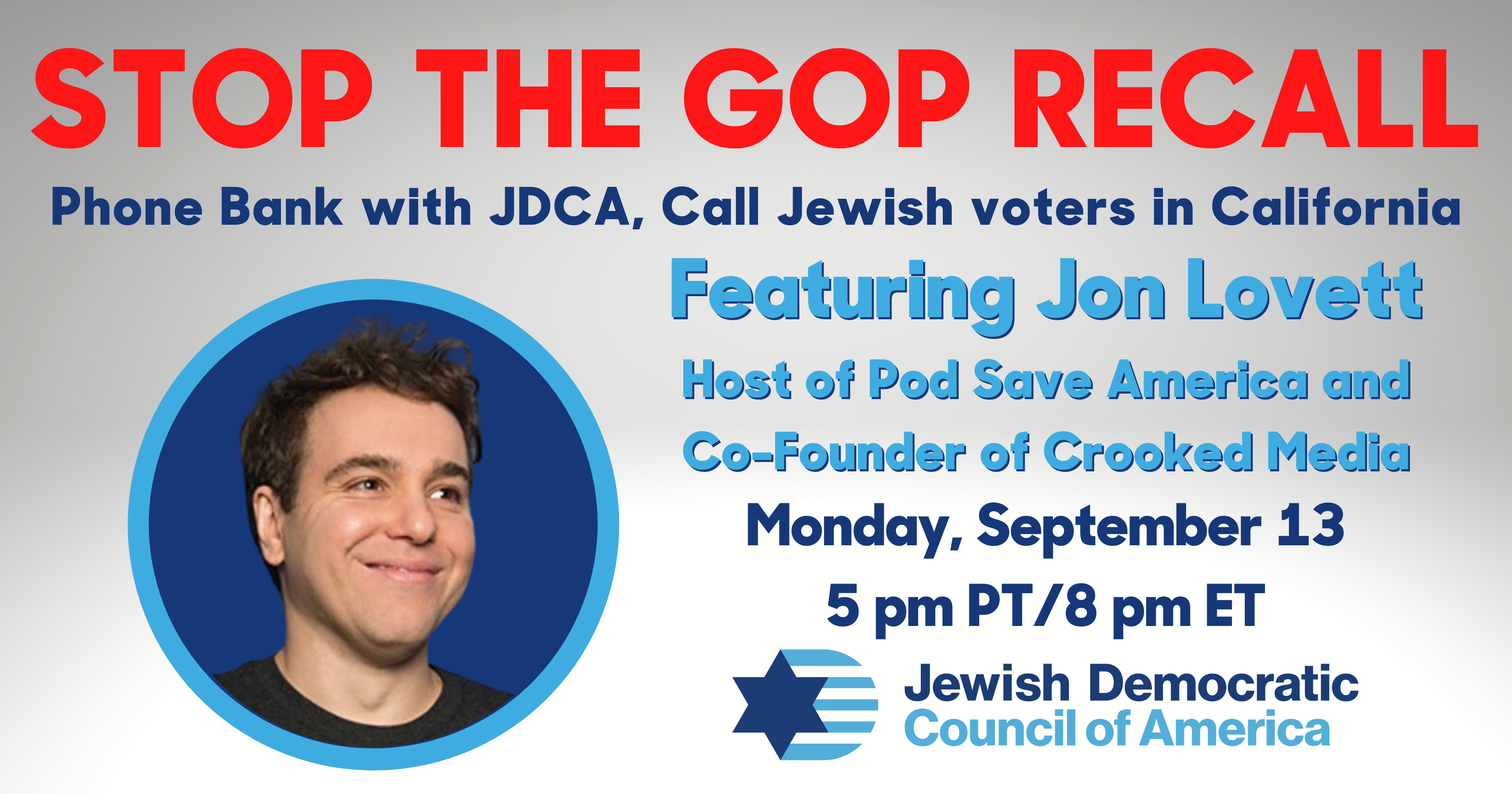 This Saturday marks 20 years since the September 11 terrorist attacks. The anniversary of that tragic day and the end to the war in Afghanistan are opportunities to remember the thousands killed, their families, and the heroism of our first responders and service members. As we recognize this somber anniversary, we recommit ourselves to our work of tikkun olam – repairing the world – and fighting for the safety, rights, freedom and dignity of others. We’re grateful for the opportunity to do so with all of you and on behalf of Jewish Democrats everywhere. Thank you for your continued support and partnership. We look forward to taking action with you to stop the GOP recall in California.