The Jewish Electorate Institute has just released its newest poll of Jewish American voters, which demonstrates why the past four years have only solidified the Democratic Party as the political home of American Jews. American Jews overwhelmingly identify as pro-Israel, liberal Democrats, and 80 percent of Jewish voters support the job Joe Biden is doing as president.

For the first time, this poll demonstrates that Republican efforts to suppress the vote are a top political concern of American Jews. Jewish voters strongly support abolishing the Senate filibuster to pass comprehensive voting rights legislation, and want to see Congress act on this issue. In an increasingly polarized political environment, this new poll shows the Jewish community is overwhelmingly united on many key issues facing our nation and the world, including Israel.

Here are a few of the poll’s most critical findings about Jewish voters: 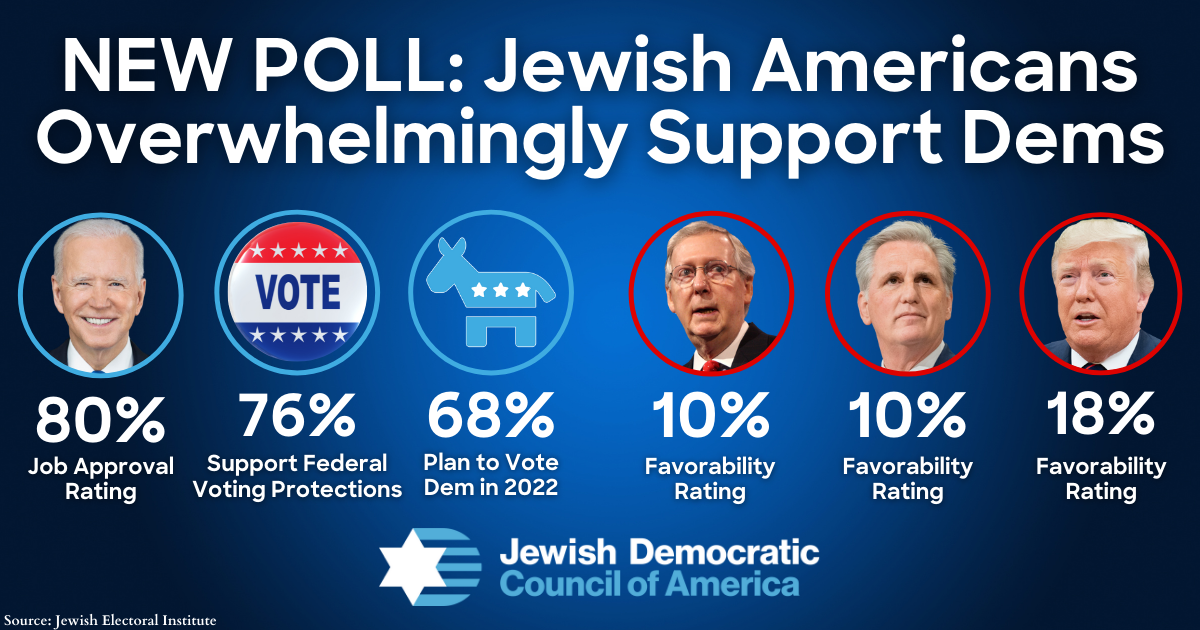 Join JDCA for a special members briefing on the poll and analysis surrounding the Jewish vote TODAY, July 13 at 3:30 p.m. We’ll be joined by leading pollster Jim Gerstein who will provide exclusive analysis. Click here or below to sign up. 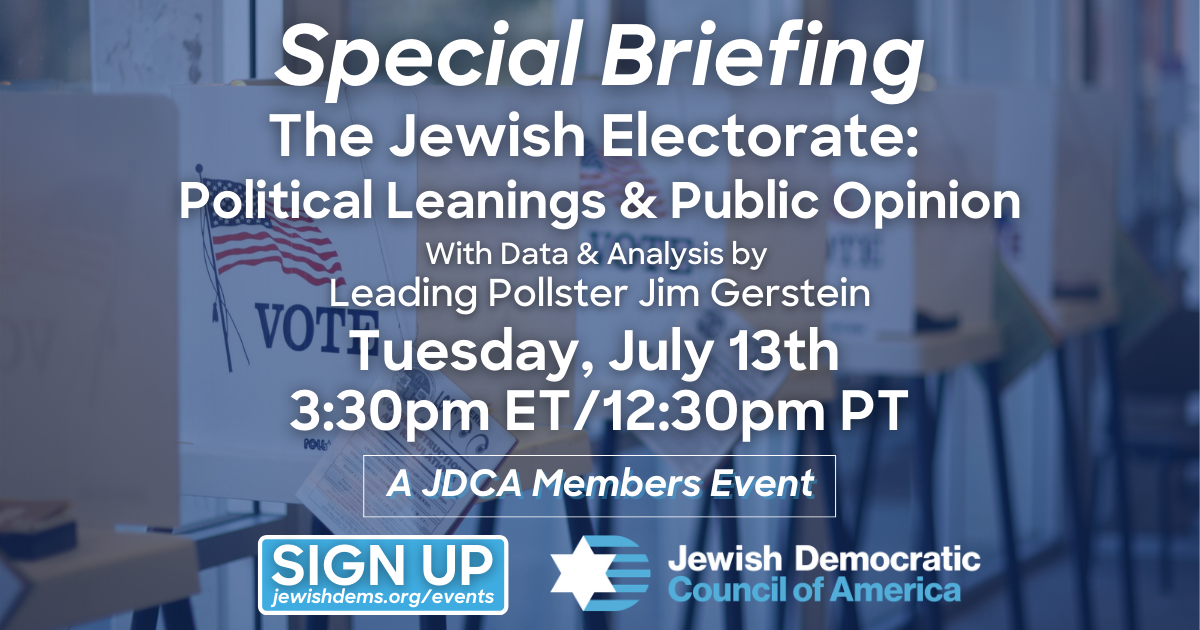