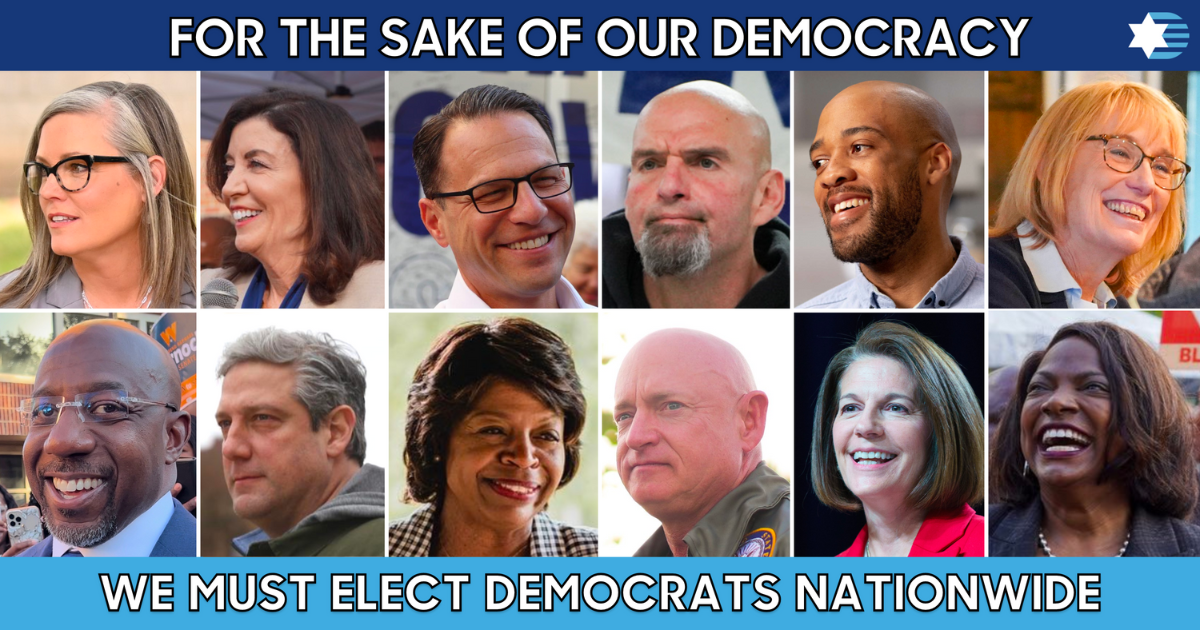 Toward the end of any election cycle, both parties brace themselves for an “October surprise” – a major development that could change the trajectory of key races across the country. For American Jews, this year’s October surprise has been the startling rise of antisemitism and its normalization within the Republican Party. As I write today in Haaretz, “While extremism may have once been relegated to the fringes of American society, today it has found a political home in the Republican Party.”

Each of us makes a critical choice when we vote, and nothing less than the future of democracy is at stake in this election. The security and safety of Jews are on the ballot, with a clear distinction between Democrats’ unequivocal condemnation of antisemitism and Republicans’ craven willingness to use it for political gain. If you have any Jewish friends or family considering voting for Republicans, share the following with them before they head to the polls!

JDCA and JDCA PAC have done more in the midterms than any other election in our four-year history, representing a historic effort to turn out Jewish voters in support of Democrats. JDCA PAC’s digital ads in support of 42 candidates across 11 states have reached voters over 46 million times. JDCA’s incredible volunteers made approximately 1.5 million direct voter contacts, more than twice the amount we made in 2020. Those numbers will continue to grow between now and when the polls close tonight, and we are proud to deliver for Democrats.

We’re grateful for the partnership of everyone in our movement for being a part of JDCA’s most productive election in our history. Thank you for your work on behalf of Jewish Dems, and let’s hope it ensures Democratic wins at the ballot box.

LAST CALL TO SAVE DEMOCRACY

Don’t wake up tomorrow wishing you had done more. If you’d like to spend the final hours of the 2022 election phone banking with JDCA, join us in making calls until the polls close and help us reach more voters to make sure they have voted.

Thank you for your continued partnership. We hope you’ll continue to support JDCA’s efforts in this election and beyond. Now, let’s bring home victory for Democrats!