With less than eight weeks until the midterms, Jewish Dems have laid the groundwork to mobilize Jewish voters across the country in support of Democrats. Now we need your help to ensure Democrats win. It is time for all of us to take action to support JDCA’s efforts to engage even more voters between now and November.

Join us on Tuesday, September 20, when JDCA will host the official kick-off of the midterms for Jewish voters. You don’t want to miss this star-studded lineup of Democratic elected officials, celebrities, and candidates for JDCA’s virtual rally, Path to Victory: Democracy Depends on Us.

Sign up for the Path to Victory today if you’re ready to take action and defend our democracy. 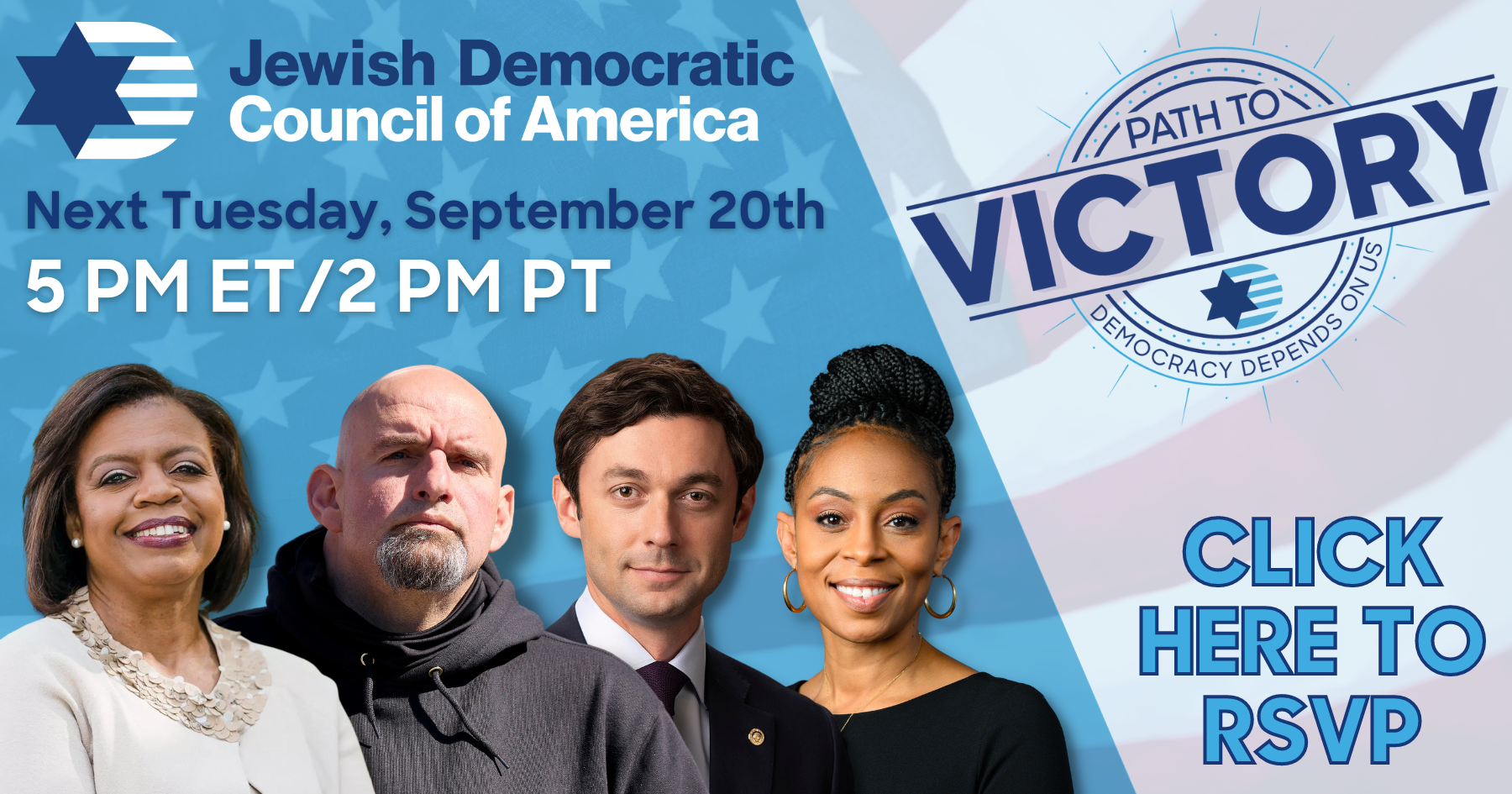