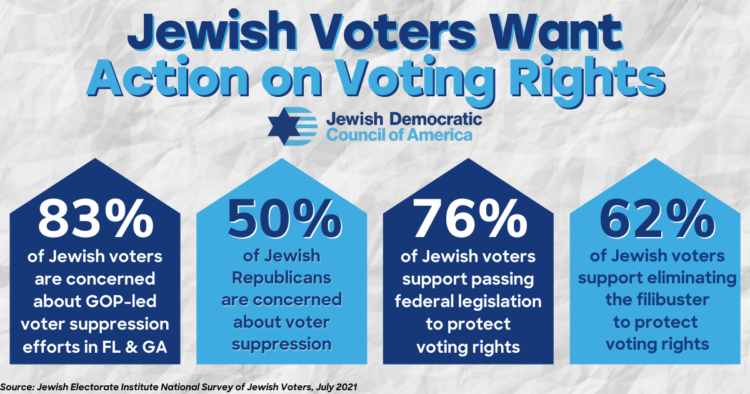 Yesterday, President Biden gave a historic address calling on the Senate to change its rules in order to defend our democracy and protect voting rights. As he said, “we have no option but to change the Senate rules, including getting rid of the filibuster” to pass transformative voting rights legislation. An overwhelming majority of Jewish voters stand with the President on this issue, and want to see the Senate act to defend against Republican-led voter suppression and election subversion in nearly every state.

In an increasingly polarized political environment, the Jewish community is overwhelmingly united on protecting our right to vote and defending our democracy. We stand with President Biden and call on the Senate to abolish or reform the filibuster in order to pass voting rights legislation.

At his speech yesterday in Atlanta, which included JDCA Board members and activists, President Biden said, “I’ve been having these quiet conversations with members of Congress for the last two months. I’m tired of being quiet!” Silence is not an option when our democracy is on the line, and words are not enough. It’s time for action.

Click below to call on your members of Congress to take five measures to defend our democracy, including passing voting rights legislation, even if it means abolishing or reforming the Senate filibuster. 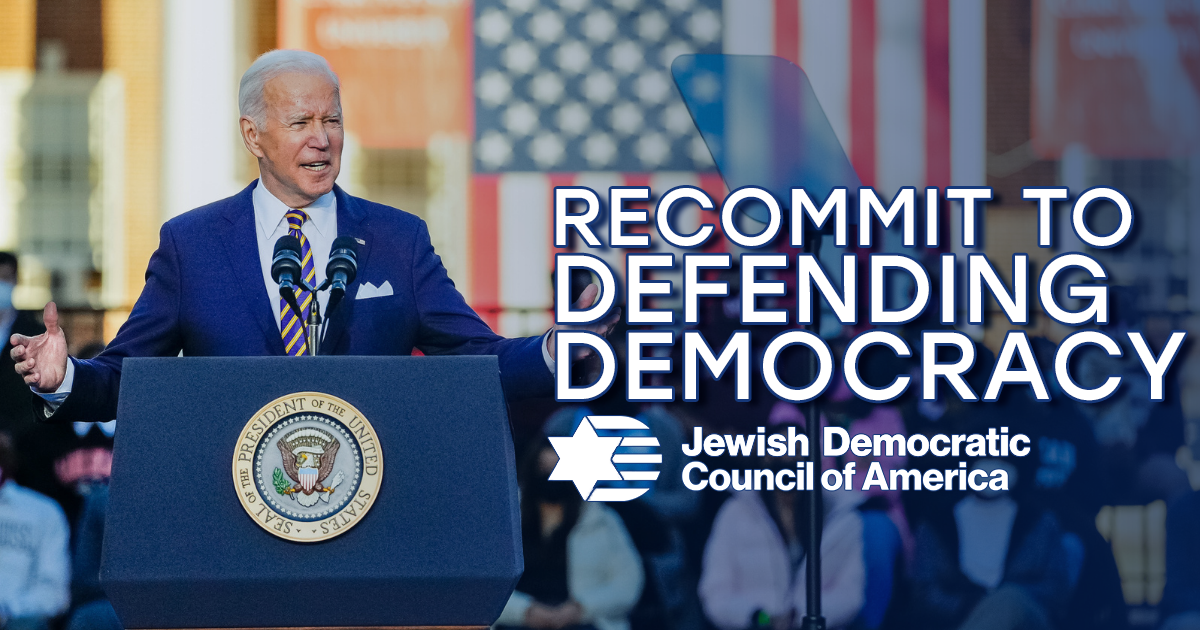 We cannot let arcane Senate procedure be the reason Republican election subversion and voter suppression efforts succeed. Too much is at stake, and this is an inflection point in American history. As we said earlier today:

History will look back on this moment and ask — how did we act when everything was on the line? Did we stand up and defend our democracy when it was under attack? Let’s make sure the answer is YES.