At JDCA, we are building a movement and a political home for Jewish Democrats committed to electing those who share our values. While some former Trump defenders may feel left out, all Jewish Dems are invited to join our movement aiming to elect those who will defend democracy, reproductive rights, gun safety and other Jewish values.

This week, we were honored to be joined by a remarkable leader who underscored the importance of JDCA’s work, Secretary Hillary Clinton. Sec. Clinton praised the power of our movement and our ability to mobilize Jewish voters, and we are grateful for her partnership and support. Read more about our conversation with Sec. Clinton.

Last night’s hearing of the January 6th Committee focused on Donald Trump’s dereliction of duty during the 187 minutes he refused to act as violent insurrectionists attempted to stop the peaceful transition of power. The committee continues to prove that Donald Trump and his supporters — many of whom are on the ballot in the midterms — pose a grave threat to American democracy. This is why we must elect those who share our values, including our commitment to democracy, this November.

JDCA is committed to rejecting Republican extremism and protecting our rights by expanding Democrats’ congressional majorities, currently the slimmest in modern U.S. history. This week, we’re proud to announce the endorsement of 10 new candidates, bringing our total to 91 endorsements thus far in this midterm election cycle. Help us get out the Jewish vote for our endorsed candidates so we can reach Jewish voters where it matters most and help Democrats win in November. 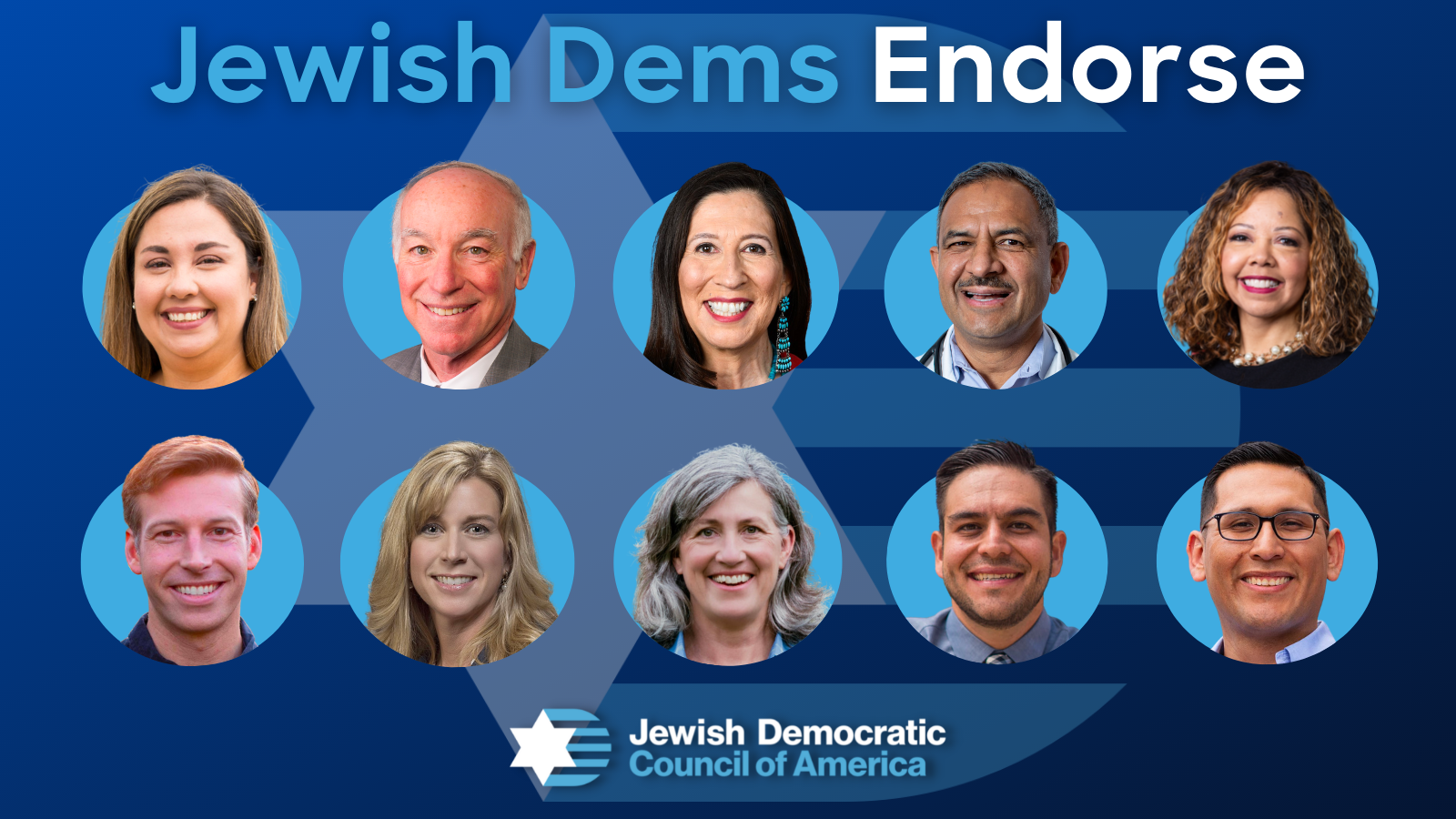 Thank you for continuing to be a part of our movement.