This week, our nation was brought to its knees by the haunting image of a father and daughter who drowned trying to reach our shores. The image of the father embracing his child serves as a painful demonstration of the dire situation facing migrants and asylum seekers, who endure great risks to flee poverty and violence.

We have two words for this humanitarian crisis at the border – inhumane and unconscionable. But words aren’t enough. We need to take action. 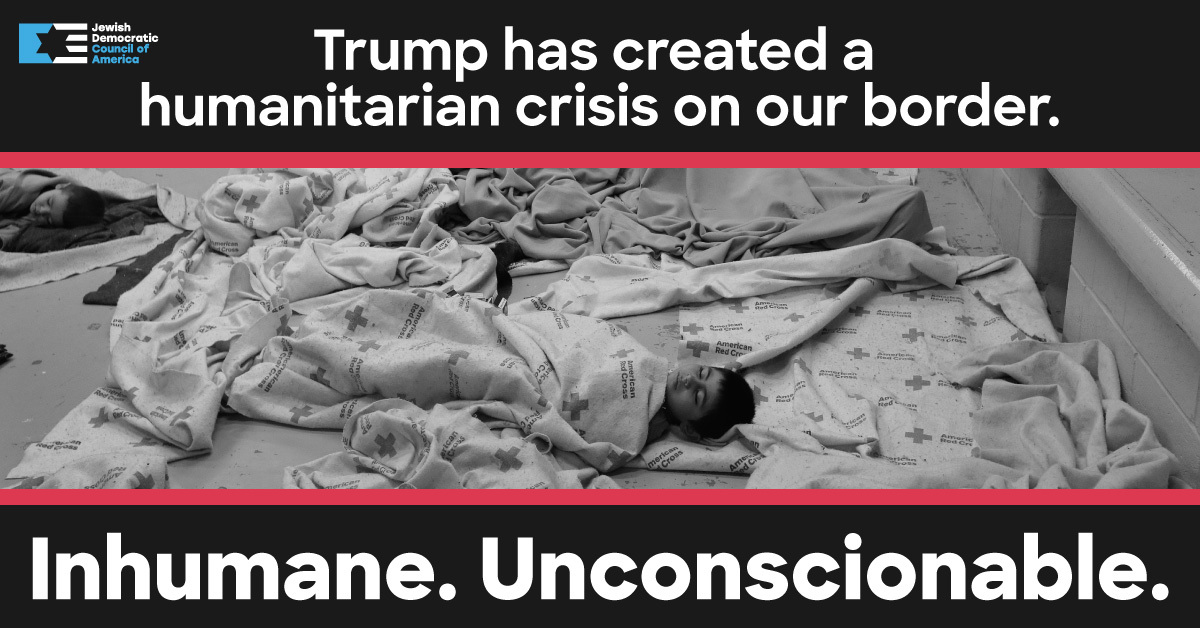 Join us in demanding that President Trump take steps to end the humanitarian crisis at our border.

As Jews, we know as well as anyone the horrors that indifference can yield. We cannot look away. We have an obligation to speak out, and JDCA is giving voice to our values.

The Trump administration is not only abdicating America’s responsibility as a moral leader, but also as a strategic leader in the world. Trump’s incompetence and inability to manage tensions with Iran, let alone lead our allies, has become clear. We are now seeing the consequences of Trump’s ill-conceived decision to withdraw from the Iran nuclear deal which, while imperfect, was better than no deal at all.

Earlier this week, JDCA was featured on NBC detailing the danger of Trump’s erratic and meandering foreign policy, especially as it relates to Iran. In an op-ed, JDCA’s Executive Director Halie Soifer explains how Trump’s Iran policy has made it harder to achieve the goal of ensuring Iran does not obtain a nuclear weapon.

We are committed to electing Democrats who share our values, and were thrilled to see the diversity of ideas, experience, and background showcased at this week’s Democratic debates. Join us later today, Friday, June 28, at 2:00 pm EDT in a conference call with former DNC Chair, Congresswoman Debbie Wasserman Schultz, to discuss the debates and key issues for Jewish voters in the 2020 election.

These are just a fraction of our activities. Every week brings challenges, and every week, we meet them. Stay informed in real-time by following JDCA on Facebook, Twitter, and Instagram so that you don’t miss anything, and be sure to visit our online store.