How To Stop GOP Extremists in November

Jewish Dems were proud to join thousands of other Jews and allies yesterday for the Jewish Rally for Abortion Justice. JDCA was honored to co-sponsor this important rally and we’re grateful for the leadership of our friends at National Council of Jewish Women (NCJW).

True to form, Republicans nominated right-wing extremists who threaten our rights and democracy. In Pennsylvania, Doug Mastriano, a Trump-endorsed insurrectionist, won the Republican nomination for Governor. Mastriano participated in the January 6th insurrection on the Capitol and supports Christian nationalism. In Pennsylvania, the governor appoints the Secretary of State, who manages elections. Mastriano would likely appoint a Secretary of State devoted to Trump’s Big Lie, and if Pennsylvanians vote Democratic for president in 2024, Mastriano and his Secretary of State will refuse to certify the electoral college results. This November, our democracy is on the ballot.

From the Jewish Rally for Abortion Justice to the primary elections, yesterday demonstrated why elections matter. 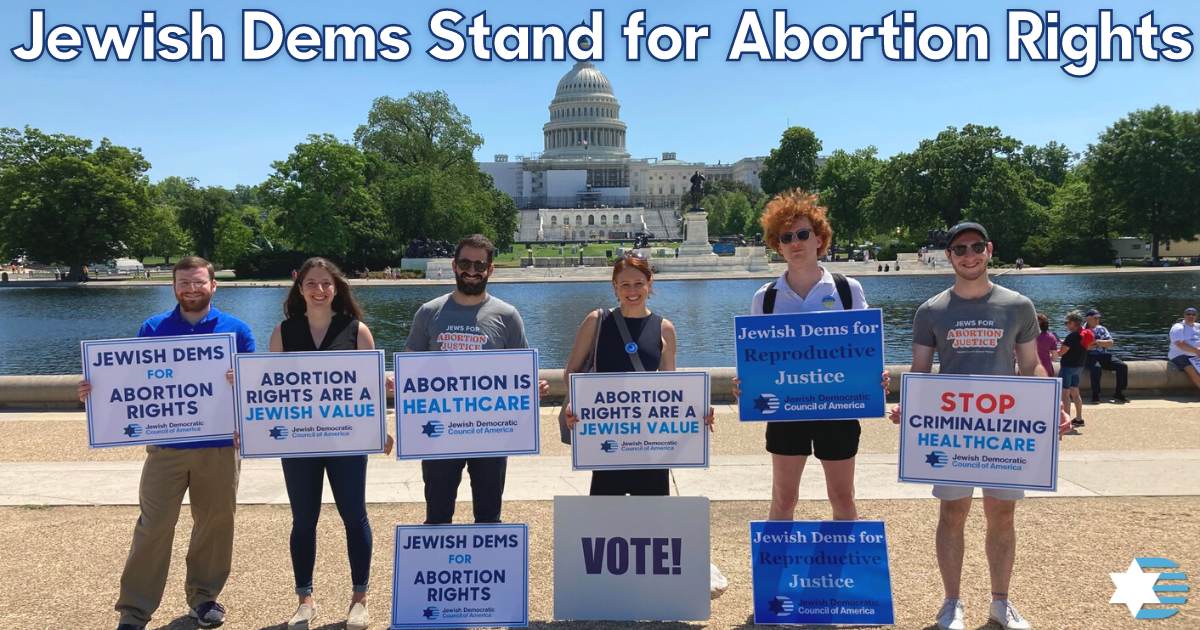 If you are one of the 83% of Jewish Americans who support abortion rights, wear your pride on your sleeve. Check out JDCA’s store for our ‘Jewish Dems for Abortion Rights’ merchandise and more.