How Many Republicans Does it Take to Elect a Speaker? 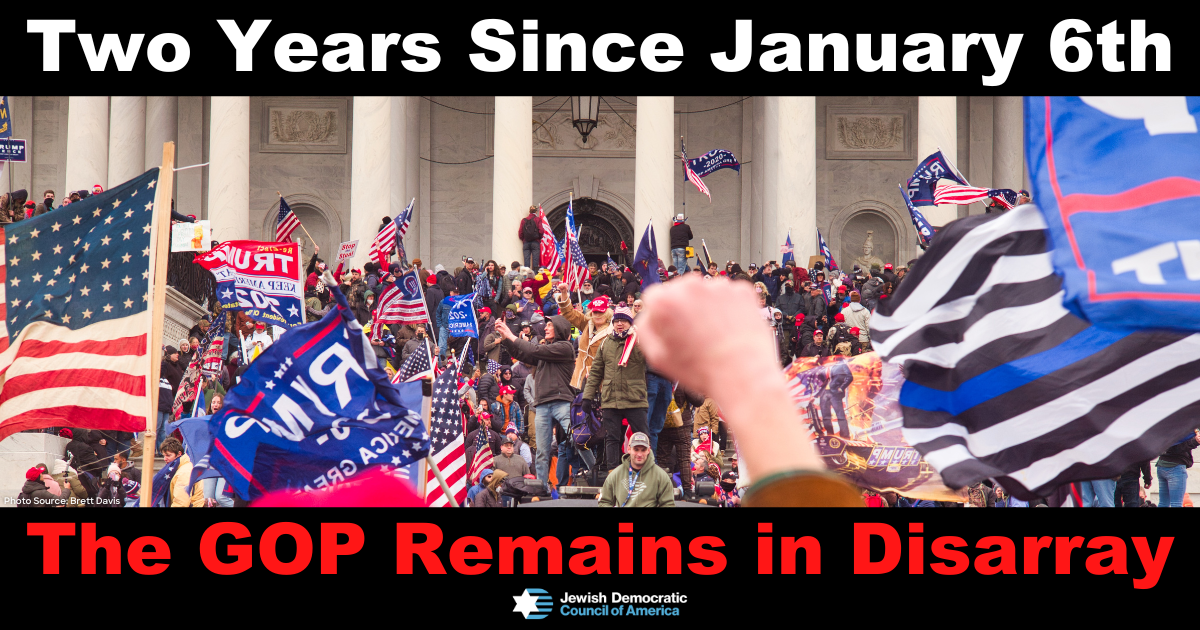 Two years ago today, a violent mob attacked the U.S. Capitol, attempting to overturn the results of the 2020 election and stop the peaceful transfer of power. Hours later, on January 6th, 147 Republicans voted to overturn the results of the 2020 election. One of these election deniers, Kevin McCarthy, has received the overwhelming majority of votes from Republicans to serve as Speaker of the House at least twelve times in a row (and counting). The House remains in disarray without a Speaker because the GOP continues to be held hostage by extremists and election deniers, while Democrats are completely united in their commitment to democracy, governing, and doing the work of the American people. The MAGA wing of the GOP that supported a violent insurrection on January 6th is holding the Republican Party hostage exactly two years later.

Electing the Speaker of the House is historically the easiest vote a member of Congress will take. This week’s GOP paralysis is a sign of things to come with a Republican majority in the 118th Congress: dysfunction, election denial, and disarray. To make matters worse, Kevin McCarthy has capitulated to the most extreme elements of his party, conceding his ability to truly govern and maintain leadership. These concessions include a backroom deal between two conservative groups that will benefit MAGA extremist candidates in future GOP primary elections.

While Republicans continue to cause mayhem on the Hill, President Biden is doing his job. This week, he announced that he would award Presidential Citizens Medals to a host of individuals who bravely defended our democracy in 2020 and 2021 against the unprecedented threat of Trump’s Big Lie, including Capitol Police officers and election officials who refused to bend to intimidation on January 6th.

Today and every day, we appreciate the work of Democrats including President Biden for their efforts to restore the soul of our nation and defend our fragile democracy, and we continue to be proud of JDCA’s work to ensure they were elected.

The new Congress includes dozens of Jewish Democrats  — and one lying, self-declared “Jew-ish” Republican — and in the coming weeks, we’ll introduce these Dems to you in a special feature we’re calling “Meet the Members.” So stay tuned!

Thank you for your continued support and partnership. We hope we can count on you to continue investing in Jewish Dems’ work to defend democracy and ensure we elect those who share our values.