While we are happy to see the Build Back Better legislation finally move forward in the House, Republican obstruction is having dangerous consequences. Democrats are working to pass historic investments in the American people, and Republicans are standing in the way. House Democrats passed two bills to protect voting rights, and Senate Republicans used the filibuster to essentially kill both measures. Senate Republicans have also blocked key funding for Israel, and key positions in the administration relating to antisemitism.

This obstruction includes Senator Rand Paul’s hold on funding to replenish Israel’s Iron Dome missile defense system. It has been 43 days since the House passed historic funding for Iron Dome with the support of 96% of the Democratic Caucus, and 100% of Senate Democrats support this bill. Yet, the Senate has yet to act because Rand Paul is blocking these life saving funds, a reckless move that threatens our national security and that of Israel. Even worse, Senate Republican Leader Mitch McConnell refuses to stand up to Rand Paul’s political stunts. Republicans posture about support for Israel when it is politically convenient, but they have said and done nothing to release Paul’s hold. The truth is that they are playing dangerous political games with Israel’s security.

Senate Republicans are also blocking the confirmation of Dr. Deborah Lipstadt as Special Envoy to Monitor and Combat Antisemitism with the rank of Ambassador. They delayed her confirmation hearing, allegedly because she spoke out Republicans for their use of antisemitic language. Senator Bob Menendez (D-NJ) called out this hypocrisy, asking if Republican Senators “don’t want the person nominated to advance our global efforts against antisemitism to call out antisemitism?” Dr. Lipstadt has dedicated her life to fighting Holocaust denial, antisemitism, and disinformation. She is eminently qualified to serve in this role, and by blocking her nomination, Republicans are failing to protect Jews around the world against the rise of global antisemitism.

We will not sit by while Republicans stand in the way of progress and launch hypocritical attacks against Democrats. Moreover, we will not let them use Jewish Americans and Israel for their political games. Join us in taking a stand against dangerous Republican obstruction, and once you sign, share with others. 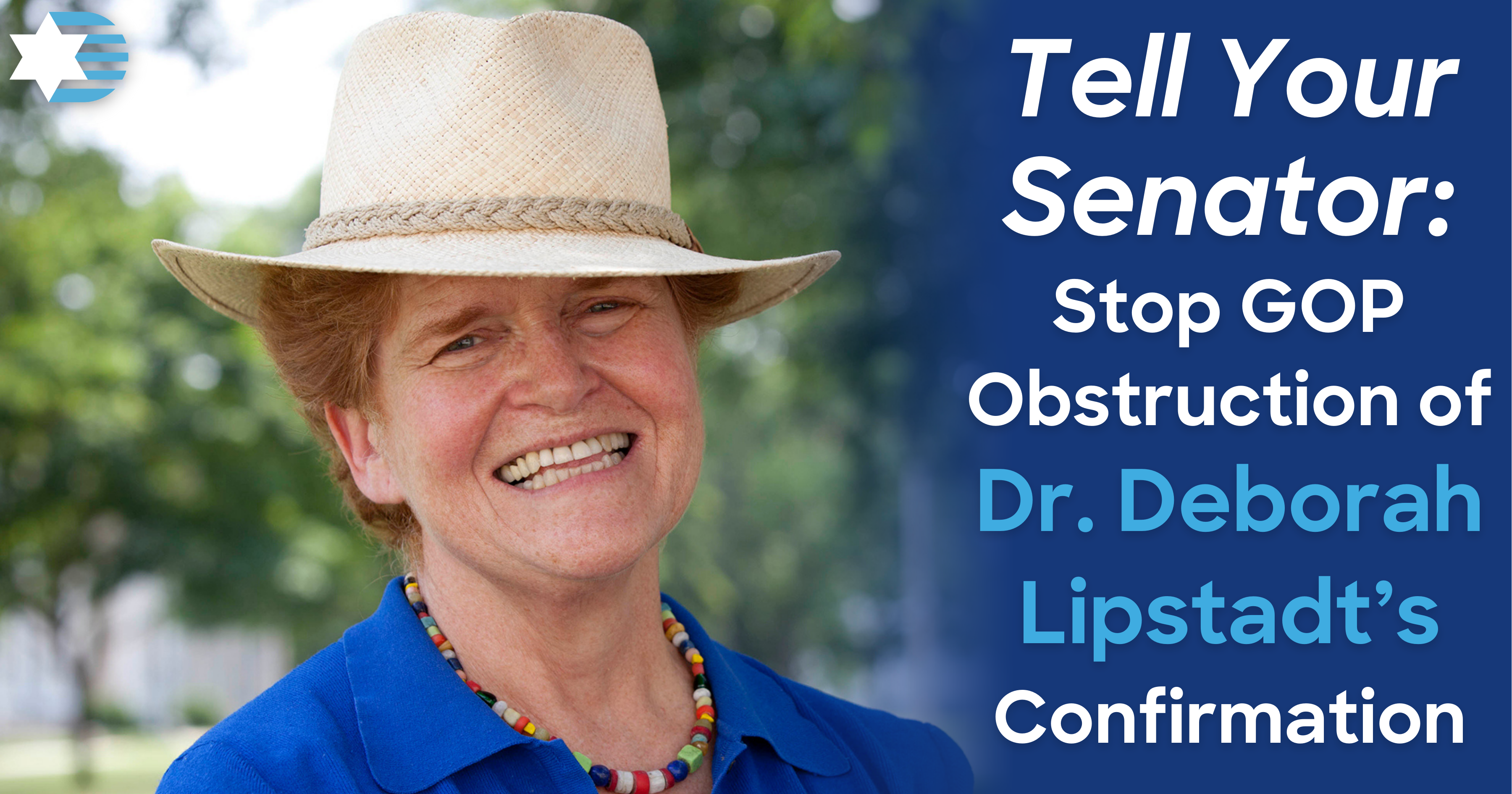 Thank you for your continued partnership.