Yesterday, House Democrats took action against bigoted conspiracy theorist Marjorie Taylor Greene by removing her from House committees. The vote should have been bipartisan and unanimous. Instead, all but 11 Republicans demonstrated a lack of moral leadership and honesty and exonerated Greene. House Minority Leader Kevin McCarthy stood behind Greene, who did not apologize for her vile bigotry, lies, and repeated threats of violence against Democrats.
The Republican leadership’s egregious cowardice in the face of right-wing extremism and antisemitism underscore the importance of our work and mission as Jewish Democrats. The hypocrisy of Republicans is staggering, and is a preview of what to expect during Donald Trump’s second impeachment trial next week. We will continue to speak out and take action against it, and encourage you to join us by clicking on the link below. 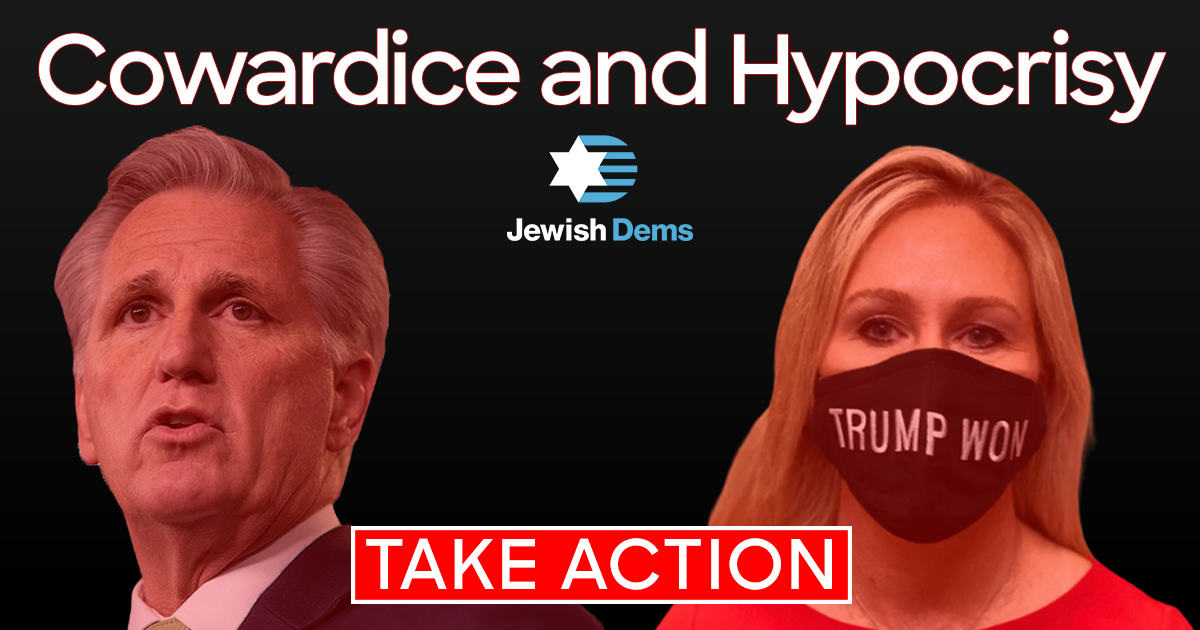 Republicans, and some in the Jewish community, have drawn a false parallel between Marjorie Taylor Greene and some Democrats. JDCA CEO Halie Soifer published an op-ed in The Forward earlier this week explaining why “It’s incumbent on Jewish Americans to avoid the trap of false equivalence, and stop comparing those on the left who have criticized Israel with those on the right who have explicitly endorsed violence, debased our democracy, and encouraged or supported insurrection.”
Click the image below to read the full op-ed. 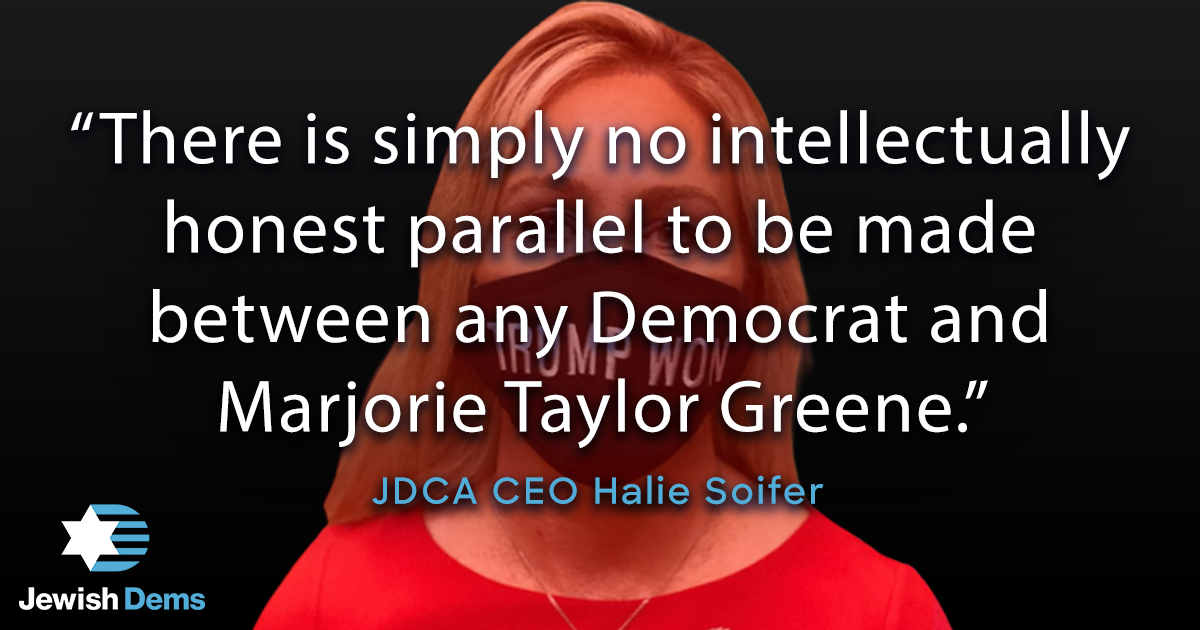 In his first foreign policy speech, President Biden told the world, “America is back. Diplomacy is back.” We’re thrilled for a return to principled leadership on the world stage, which is essential for America and Israel’s national security. Join us on Thursday, February 11 at 1:00pm ET / 10:00am PT for a JDCA members briefing on U.S. policy toward Israel in the Biden administration with two leading experts: former US Ambassador to Israel Dan Shapiro and former Deputy Assistant Secretary of State Tamara Cofman Wittes.

If you haven’t yet, become a JDCA member today and join us next Thursday at 1pm ET. You can sign-up by clicking on the image below. 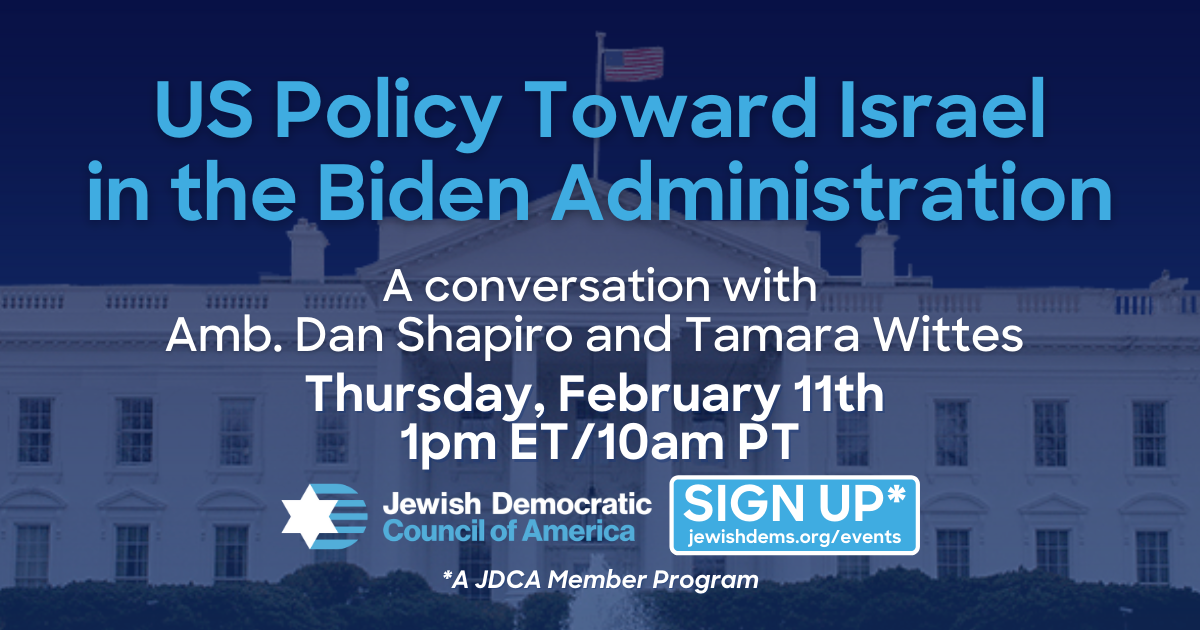