Get Out the Jewish Vote with Senators Cory Booker & Jon Ossoff

We have four weeks to get out the vote for Democrats, and Jewish Dems are pulling out all the stops. We’re kicking off our Get Out The Jewish Vote (GOTJV) National Phone and Text Bank series this Thursday, October 13 at 6:00 p.m. ET/3:00 p.m. PT. Join us every Thursday between now and the election for an inspiring speaker and phone/text banking to make a difference. 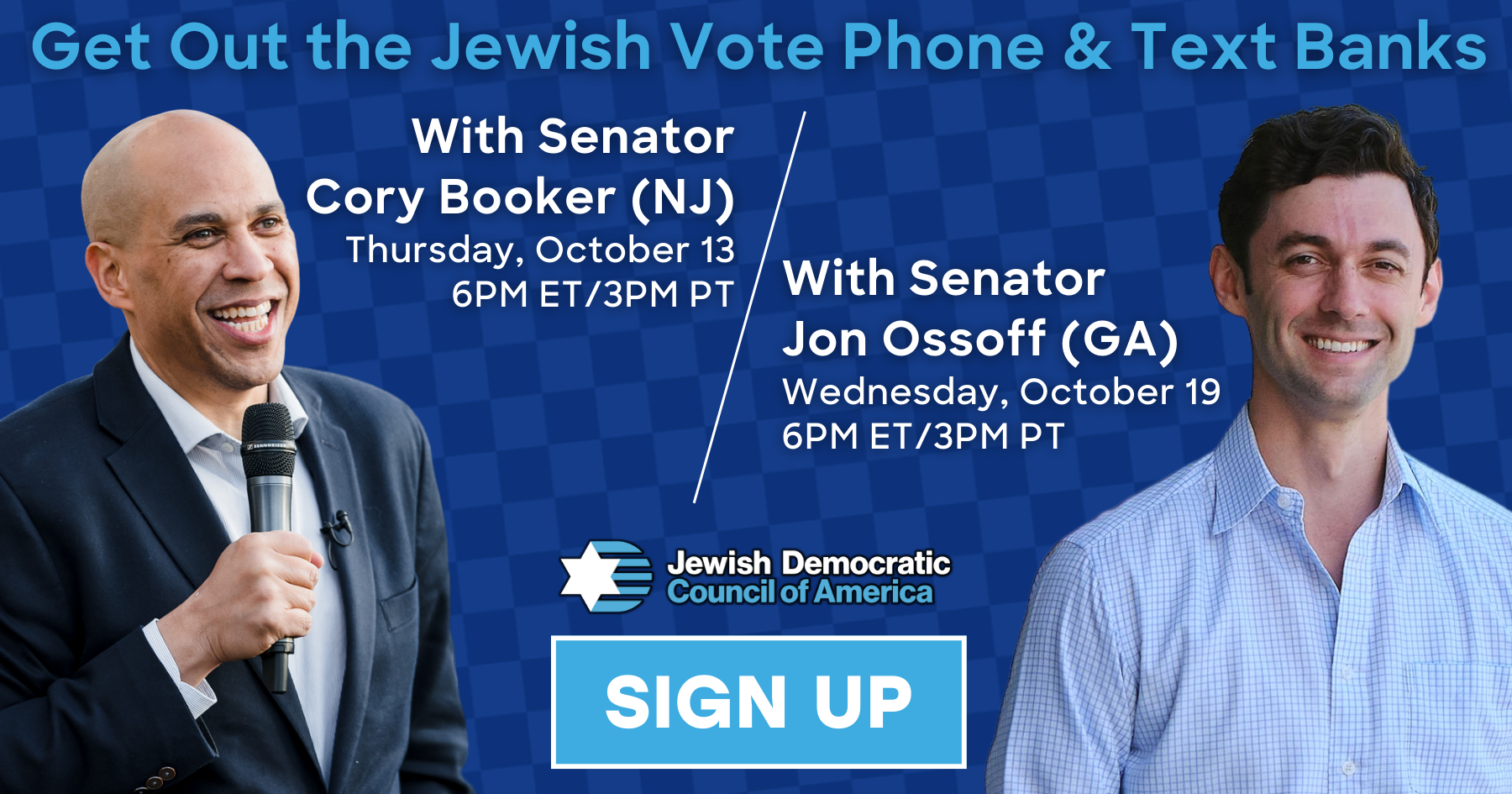 IN CASE YOU MISSED IT – JDCA ENDORSEMENTS

In case you missed it, JDCA endorsed nine more candidates last week, bringing the total number of JDCA endorsees to 123. Read about JDCA’s most recent round of endorsements in the Jerusalem Post and how, “in close races, the Jewish vote can and will make a difference for the Democrat.”

Candidates endorsed by JDCA understand the strength of our movement and the impact the Jewish vote can have on a competitive election. After announcing our latest round of endorsements, gubernatorial candidates Charlie Crist (FL), Gov. Kathy Hochul (NY), and others publicly thanked JDCA for our support.

Thank you for your continued partnership, we look forward to seeing you at our upcoming phone and text banks!