Election Day is 11 days away, and JDCA is sprinting through the finish line to keep Virginia and New Jersey blue. In Virginia, the polls are close, and we know the Jewish vote can and will make a difference for Terry McAuliffe. We cannot sit back and risk Virginia falling into the hands of Donald Trump’s hand picked candidate, Glenn Youngkin. For more about Youngkin’s use of antisemitism in this race, see this article in today’s Washington Post, which quotes JDCA.

Also, join us Monday, October 25 at 5:00 p.m. ET/2:00 p.m. PT as we team up with Grassroots Democrats HQ to phone bank for Virginia Delegate and fellow Jewish Democrat, Dan Helmer. Rep. Helmer was recently targeted by the Virginia GOP in an antisemitic attack, which Glenn Youngkin failed to condemn. 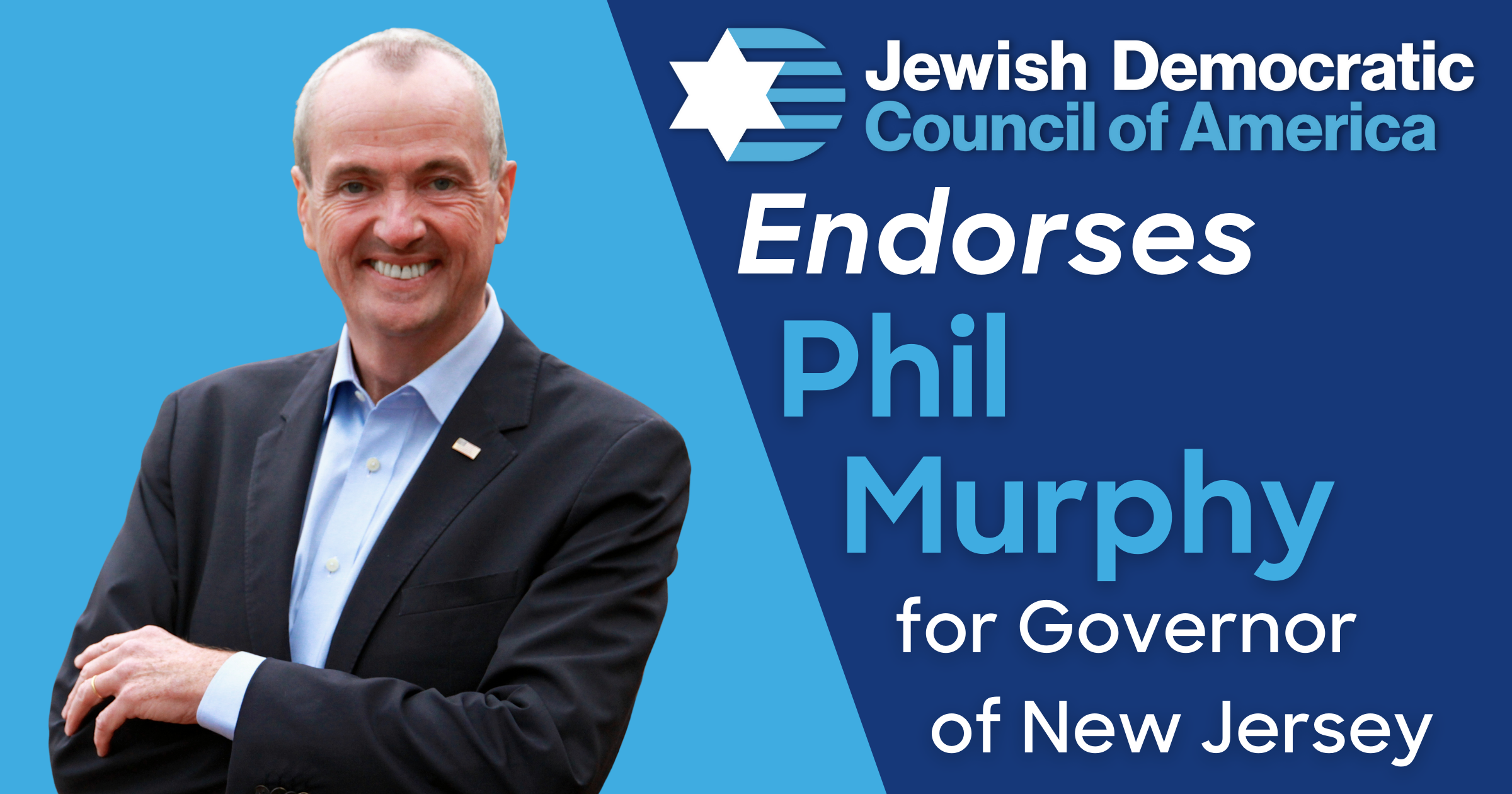 Yesterday, JDCA announced our endorsement of Governor Phil Murphy for re-election in New Jersey. On the issues that matter most to Jewish Democrats, Governor Murphy stands out. From when the pandemic first began until today, Gov. Murphy has led with data and science: keeping kids in school safe, making testing and vaccines accessible to all, and providing much-needed relief to small businesses across the state. Gov. Murphy has led the way on voting rights, establishing automatic voter registration and in-person early voting. Gov. Murphy has established New Jersey as a national leader in fighting climate change, investing in wind and solar energy, creating thousands of clean energy jobs.

Governor Murphy responded: “I’m honored that the Jewish Democratic Council of America recognizes our commitment to building a stronger and fairer New Jersey that works for everyone. Whether it’s combating antisemitism, strengthening our partnership with Israel, or working collaboratively with faith leaders during the pandemic, we’ve made it clear that our Jewish community is and will always be an integral part of our New Jersey family.”

In both VA and NJ, it is critical that we mobilize the Jewish vote. These races will lay the groundwork for the 2022 midterms, and even the 2024 election, especially since Donald Trump is seeking to use Virginia as a launchpad for his political comeback. Republicans like Glenn Youngkin are touting their alignment with Trump – and even emulating his use of bigotry – and it must be defeated. This is why this election is so critical, and we’re calling on you to join us.