For the first time since the pandemic began, many of us will be celebrating Passover with friends and family in person this year. This return to normalcy is thanks to President Biden and the Democrats’ leadership in getting Americans vaccinated, ensuring COVID-19 tests are widely available, and curbing the spread of COVID through effective public health policies. We wish you a safe and healthy Passover.

As we celebrate this year, we have much to be grateful for. Since last Passover, President Biden’s American Rescue Plan provided $1.9 trillion in COVID-19 relief. The Bipartisan Infrastructure Plan invested $1.2 trillion in America’s crumbling infrastructure, and the Democratic Senate confirmed the appointment of the first Black woman to serve on the Supreme Court, Justice Ketanji Brown Jackson. The unemployment rate continues to drop — President Biden has overseen the creation of nearly eight million jobs. Democrats are delivering and leading with moral clarity – but there is more progress to be made and our work is far from over.

The Seder is a perfect time to discuss not only our freedom from bondage, but also how we continue to ensure freedom for others. In Ukraine, we’re witnessing the largest land war and refugee crisis in Europe since World War II. This Passover, we encourage you to bring JDCA’s Passover Seder Companion to your seder as a tool to discuss how we can support Ukrainians, the importance of defending democracy at home, and how Democrats are delivering for Americans. Click below to download our Seder plate and companion, and keep reading to join the Biden White House for the “People’s Seder” later today. 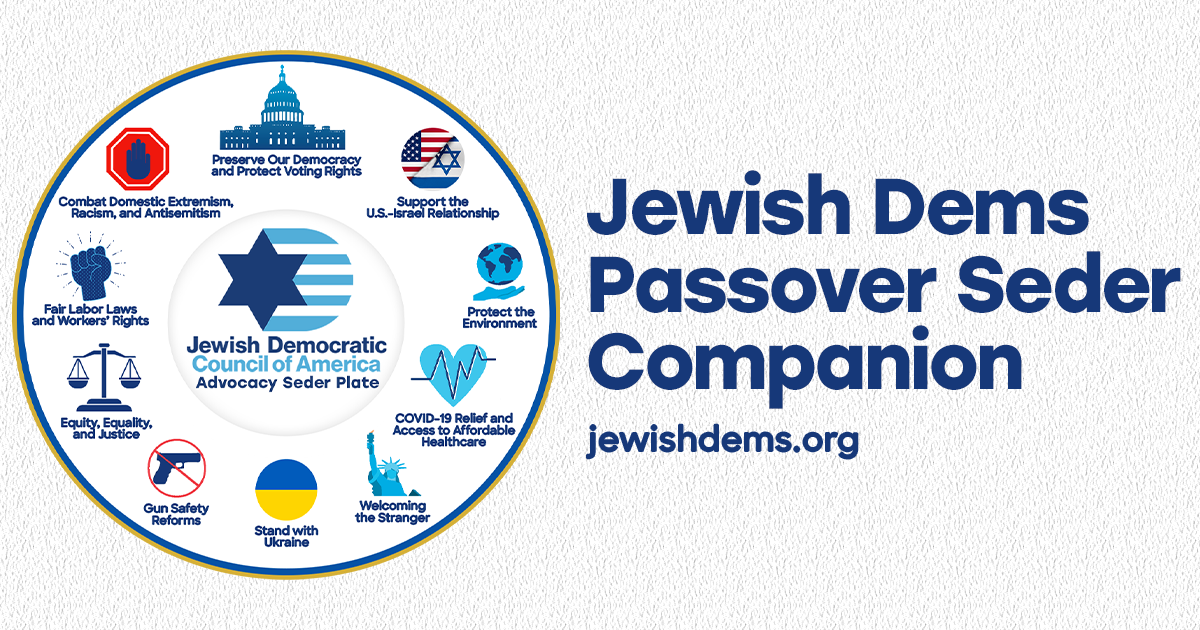 As you attend your seders, it’s crucial to be prepared with the facts. Yesterday, the Jewish Electorate Institute (JEI) released a new poll showing that Jewish voters continue to strongly support Democrats and reject Donald Trump and the Republican Party. Here are the key takeaways from the poll:

While this poll shows continued support for Democrats and intense opposition to the Republican Party, it also demonstrates the important work ahead of us as we approach the 2022 midterm elections. Democrats will win in the midterms if Jewish voters get out the vote consistent with our values. Take action with JDCA by supporting our efforts and join JDCA’s upcoming Week of Action on May 11-12 for meetings with your members of Congress.

We wish you an early Shabbat Shalom and Chag Pesach Sameach,