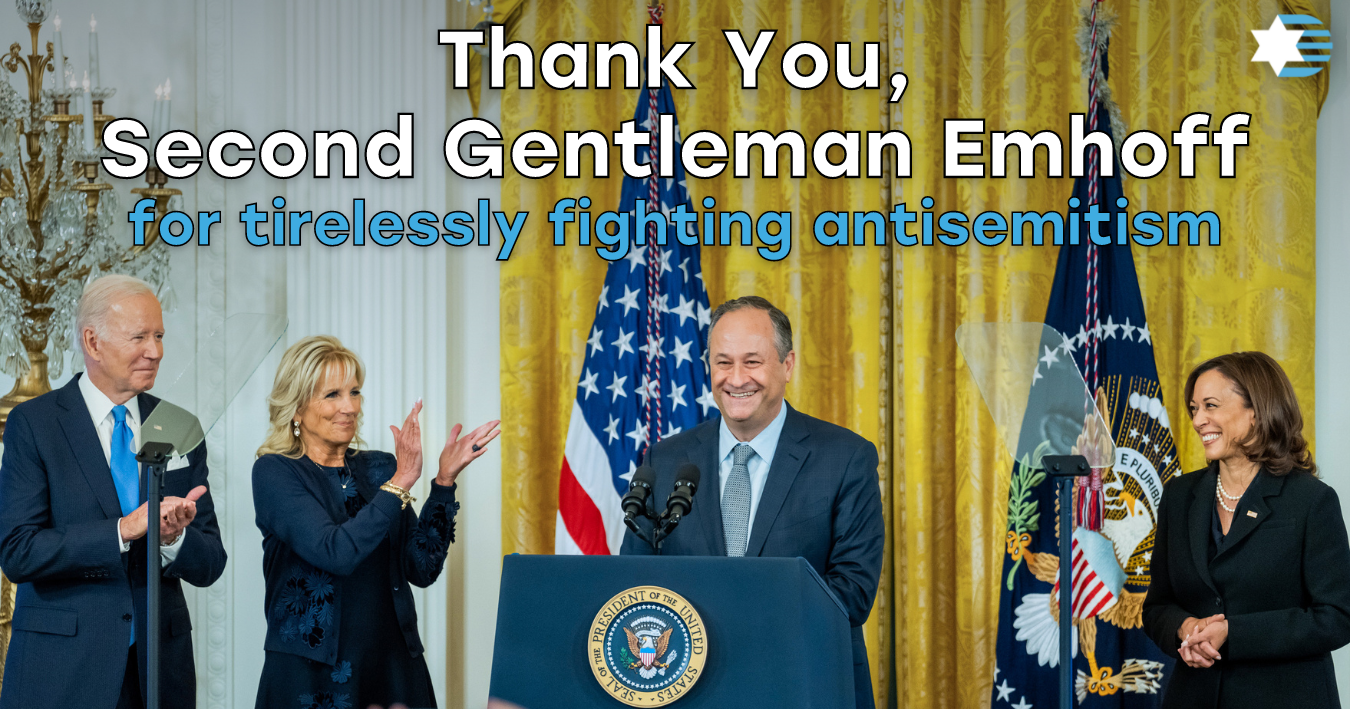 As right-wing extremism and antisemitism have been tolerated and normalized by the GOP, President Biden and Democrats are taking action to ensure the safety of Jews around the world. Second Gentleman Douglas Emhoff, the first Jewish spouse in the White House, has become an outspoken leader in the fight against antisemitism. As we previously said in Politico, the Second Gentleman “can speak about this in deeply personal terms that American Jews can relate to. He is one of us. And he can speak for us. But he can also speak for the administration and about what they are doing to support our community at this time.”

The Second Gentleman and the entire Biden administration are taking further steps to protect Jewish communities from hate. This week, he met with Jewish students in Arizona to discuss the threats they’re facing on college campuses. Last week, he met with the co-chairs of the House Bipartisan Task Force for Combating Antisemitism to discuss steps to address rising antisemitism. Next week, he will visit Poland and Germany with Special Envoy to Monitor and Combat Antisemitism Deborah Lipstadt to commemorate International Holocaust Remembrance Day and to discuss international efforts to combat antisemitism.

The Second Gentleman has spoken to JDCA about how his Jewish values and upbringing shape his core beliefs and how those values are reflected in the policies of the Biden White House. President Biden has been unequivocal in his condemnation of the vile antisemitism that has been dangerously normalized by the GOP, as evidenced by the fact that — according to the ADL — an unprecedented number of extremists ran for office in the 2022 midterms, all as Republicans. In this climate, we’re especially grateful for Democrats’ work combatting dangerous right-wing extremism and for the Second Gentleman’s leadership on issues of importance to Jewish Democrats.

Last week, we kicked off our new “Meet the Members” series by highlighting the four freshmen Jewish Dems in the House. This week, we’re highlighting a staunch defender of democracy and a close friend of JDCA: Rep. Adam Schiff (CA-30).

From his tireless fight against the corruption of the Trump administration to his leadership of the House Intelligence Committee over the last four years, Rep. Schiff is a true American patriot. In the 117th Congress, he was one of nine members of the House Select Committee to Investigate the Jan. 6th Attack on the Capitol, deepening his work to pursue justice and strengthen democracy. Just this week, Rep. Schiff announced his introduction of a constitutional amendment to overturn Citizens United and shine a light on dark money in our politics — a move we strongly support. When we think of the term ‘Jewish defenders of democracy,’ we think of leaders like Rep. Adam Schiff.

Why is Rep. Schiff a proud Jewish Democrat? Check out his answer below! 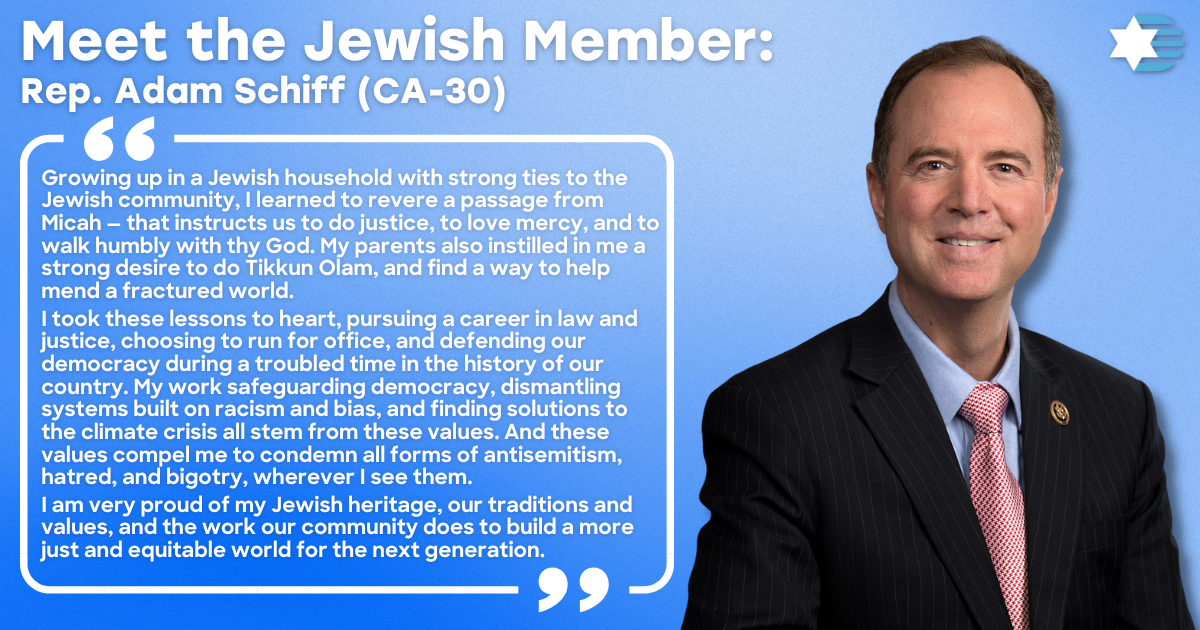 Jewish Dems are fighting for candidates, elected officials, and policies that will create positive change in our country. We’re grateful for your partnership and support and we’re excited to bring you more opportunities to put your values into action in 2023.