After eight months of obstruction from Senate Republicans, Dr. Deborah Lipstadt has finally been confirmed to serve as the U.S. Special Envoy to Monitor and Combat Antisemitism with the rank of Ambassador. As one of the leading scholars on antisemitism, Dr. Lipstadt’s extensive experience and qualifications are unparalleled, and Jews around the world will no doubt benefit from having her in this role. The ability of the U.S. government to ensure the security of world Jewry has been strengthened by virtue of now-Ambassador Lipstadt’s confirmation.

Last night, Senator Jon Ossoff (D-GA) took Dr. Lipstadt’s nomination to the Senate floor, delivering a powerful speech about the importance of this position and asking for her confirmation to be approved by voice vote. He said, “As we speak, the scourge of antisemitism is rising again in this country and around the world. If we mean the words ‘never again,’ then at long last Madam President [of the Senate], let’s confirm Deborah Lipstadt to fight antisemitism on behalf of the United States.”

This tactic was successful and we’re thrilled that the inimitable Ambassador Lipstadt has been confirmed, but we cannot forgive Republicans for spending eight months blocking this nomination. In the end, their opposition was no more than a paper tiger – she was ultimately confirmed unanimously –  which only underscores the political game Republicans played with this critically important role. Republicans’ unconscionable delay of Dr. Lipstadt’s confirmation hindered the ability of the U.S. government to monitor and combat global antisemitism for nearly a year.

Add your name to our petition to congratulate Ambassador Lipstadt and reject Republicans’ dangerous obstruction of this important role. 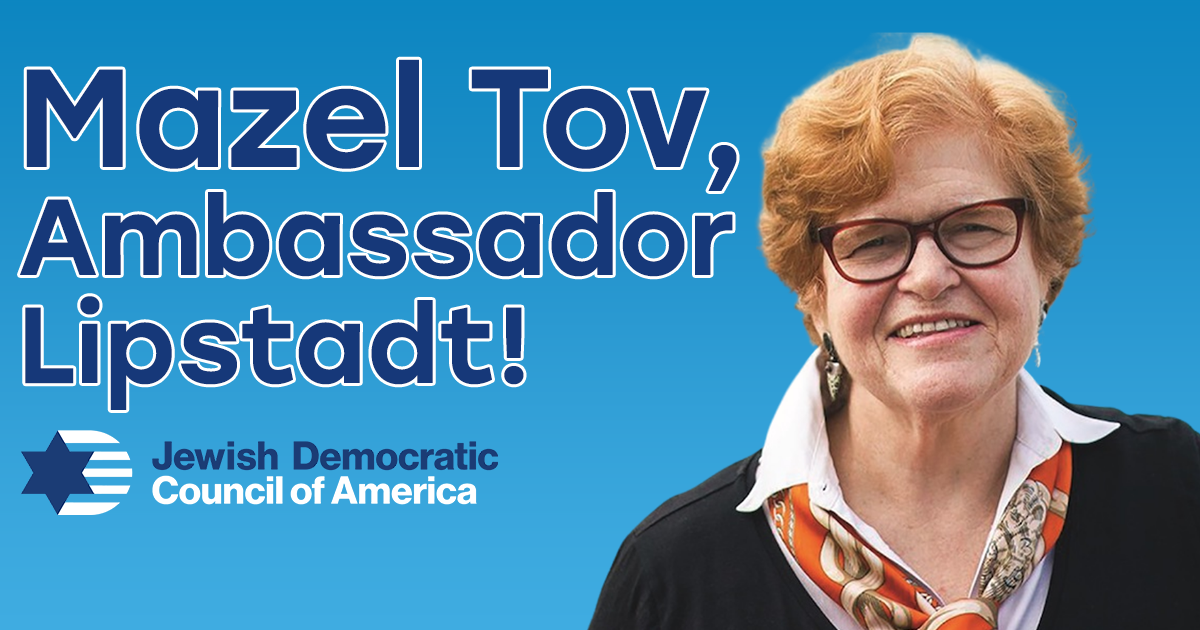 We want to thank each of you for advocating for the confirmation of Ambassador Lipstadt — we were ultimately successful, in no small part due to our active role and pressure on the Senate.

Thank you for your partnership and support,