White Supremacy in the GOP

We are devastated by the racist mass shooting in Buffalo, inspired by the antisemitic and racist ‘Replacement Theory’ promoted by white supremacists, Republican leaders, and right-wing media outlets. This pre-meditated attack on a predominantly Black community and the murder of 10 people was not inspired by a fringe movement. Key members of the Republican Party are fueling this racist and antisemitic conspiracy theory that directly endangers the lives of the American people.

Rep. Elise Stefanik, the third-highest ranking House Republican, ran campaign ads in 2021 with language invoking this racist and antisemitic conspiracy theory, and she is not alone. Dozens of Republican members of Congress and candidates have espoused these racist and antisemitic ideas, and even more, refuse to condemn them. Tucker Carlson and Fox News promote the Replacement Theory on a daily basis. New polling from last week shows that 47% of Republicans believe key elements of Replacement Theory.

This vile and dangerous ideology – which was the driver of the deadly 2017 Unite the Right rally in Charlottesville, horrific 2018 massacre at the Tree of Life Synagogue in Pittsburgh, and 2019 mass shooting of Latinos and immigrants in El Paso – has found a home in the Republican Party, where it’s either been warmly embraced or negligently ignored.

According to the FBI, domestic terrorism and white supremacy are the biggest threats to American security. By emboldening extremists and domestic terrorists, the Republican Party has established itself as an enabler of this deadly problem. It’s clear the only way to defeat this hatred is to defeat Republicans at the polls. JDCA will continue to highlight the Republican Party’s complicity in fueling hatred and extremism, and mobilize Jewish voters to elect Democrats who share our values. Keep reading to join us this week in promoting such values. 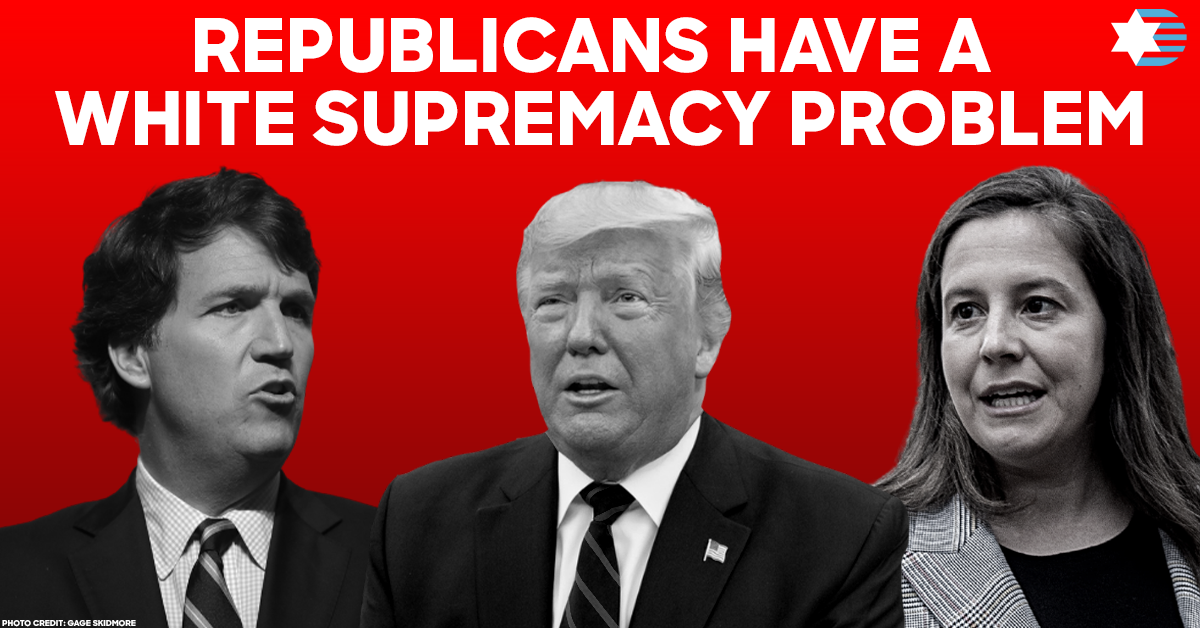 Thank you for your continued support and partnership. Together, we will continue to defend our security, democracy and rights, and elect those who share our views in November.