By [email protected]
Posted January 6, 2020
In Weekly Roundups
We Are Jewish And Proud2020-01-062020-01-06https://jewishdems.org/wp-content/uploads/2018/08/jdcamenu.pngJewish Democratic Council of Americahttps://jewishdems.org/wp-content/uploads/2020/01/jewish-and-proud-email-metadata.png200px200px
0
Today is #JewishAndProud Day, and the Jewish Democratic Council of America (JDCA) joins Jews across the world in expressing pride in who we are. Yesterday, we proudly marched in the “No Fear. No Hate” Solidarity March Against Anti-Semitism in New York. As Jews face an unprecedented rise in hate crimes and violence, including the unconscionable Hanukkah onslaught of violence, it is essential that Americans come together to reject anti-Semitism in all its forms.

Yesterday, we joined 25,000 Jews and others from a diverse spectrum of backgrounds and beliefs to declare that hatred has no place in America. We were heartened to see the outpouring of support from other communities, and lent our voice to reiterate that Jewish Democrats reject anti-Semitism in all its forms. We also called on elected officials to do more to ensure the safety of Jews across America, and welcomed the increased security measures announced by Governor Cuomo. 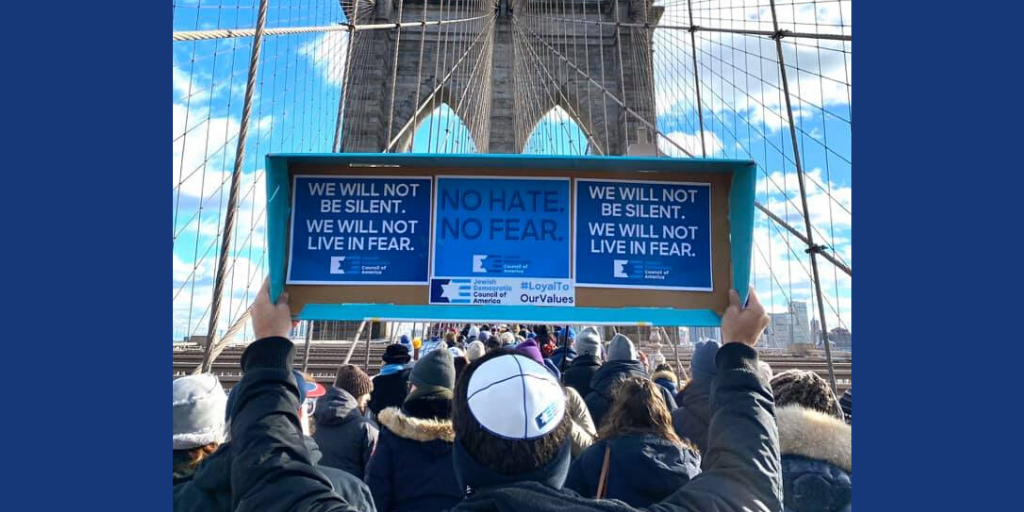 At the outset of the rally – which was larger than anyone anticipated – there was a large bottleneck, which presented an opportunity to speak with fellow marchers. Upon seeing our signs, some marchers informed us that they were Republicans. After mutually agreeing that the rally was about overcoming barriers, including partisan divides, we marched for three hours in solidarity with those around us, and in rejection of fear and hatred.

Yesterday, we marched and declared “No Hate. No Fear.” Today, we’re declaring “JewishAndProud.” What will tomorrow bring? Read more below to get involved with JDCA’s efforts to bring about change consistent with our values in 2020. 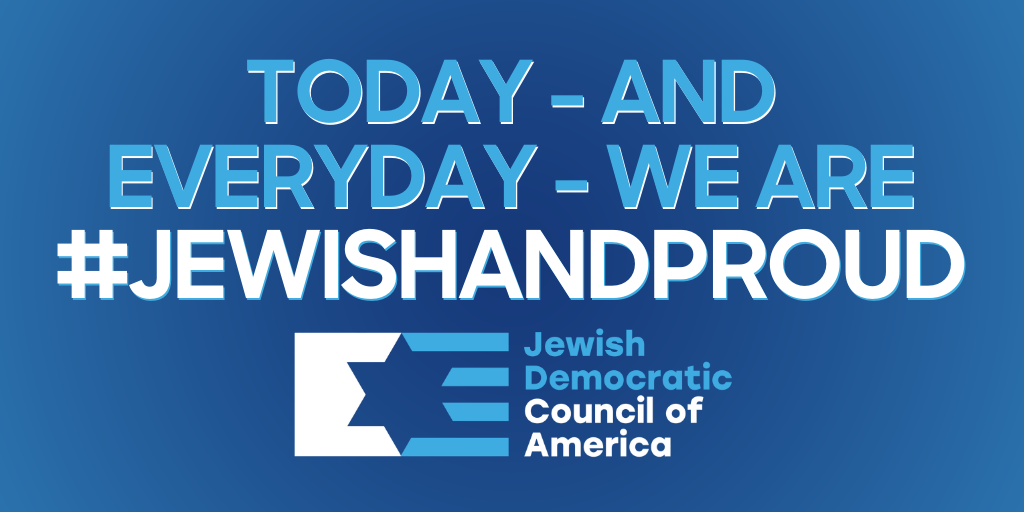 Our mission has never been more critical, and we look forward to working with you to take back our country in 2020. With your help, we can continue to expand our work and ensure we’re successful.