The passage of the Inflation Reduction Act by Senate Democrats over the weekend represents a historic breakthrough for the American people and accomplishment for Democrats and President Biden. This bill will reduce the impact of inflation, lower the cost of prescription drugs, and make the most significant investment in combating climate change in U.S. history. The bill will close tax loopholes and ensure the wealthiest corporations pay their fair share without raising taxes on any family making less than $400,000. Join Jewish Dems in urging every member of the House to support the bill when it comes up for a vote later this week.

In addition to every single Senate Republican opposing the bill, they also shamelessly blocked the passage of Senator Warnock’s amendment to cap the cost of insulin at $35 a month. Despite this reckless Republican obstruction and the slimmest congressional majority in modern American history, Democrats, led by President Biden, are still delivering for the American people. Imagine how much more Democrats could accomplish with an expanded congressional majority, which is possible this November.

The Inflation Reduction Act is a historic victory, and we encourage you to help ensure it is sent to President Biden’s desk by contacting your member of Congress in support of this bill. 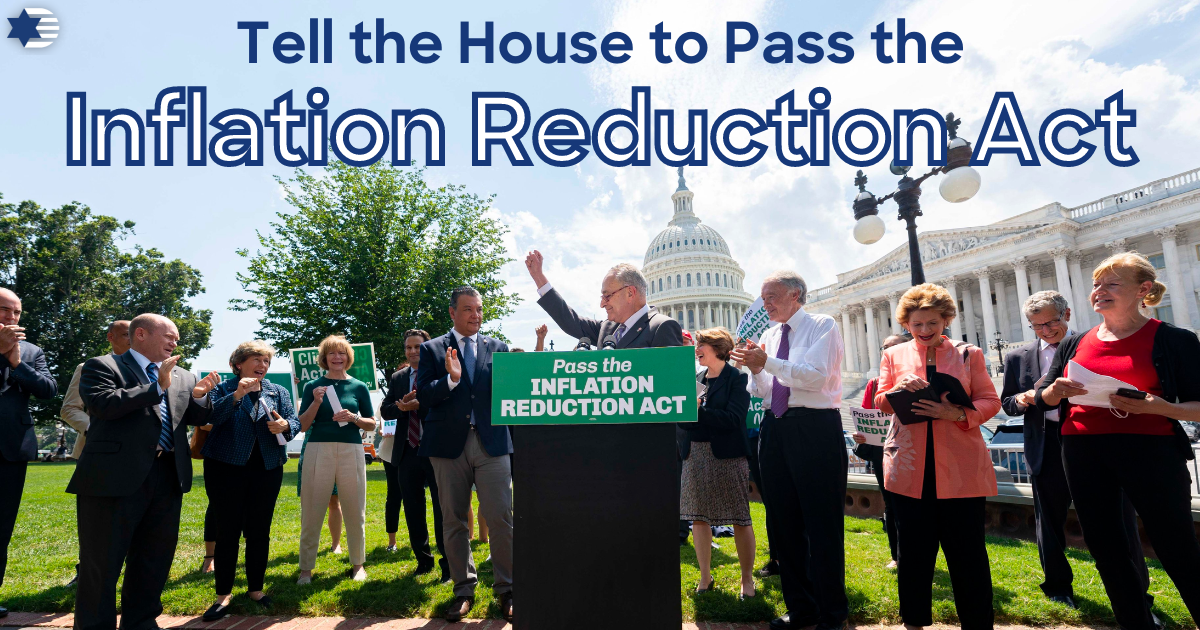 Also over the weekend, JDCA welcomed the ceasefire and restored calm between Israel and the Palestinian Islamic Jihad. We continue to stand with Israel against terrorist threats and in support of its right to self-defense. Read the White House’s statement on the ceasefire and support for Israel.

Thank you for your continued support of JDCA. Help grow our movement by inviting five friends to sign up for JDCA email alerts.