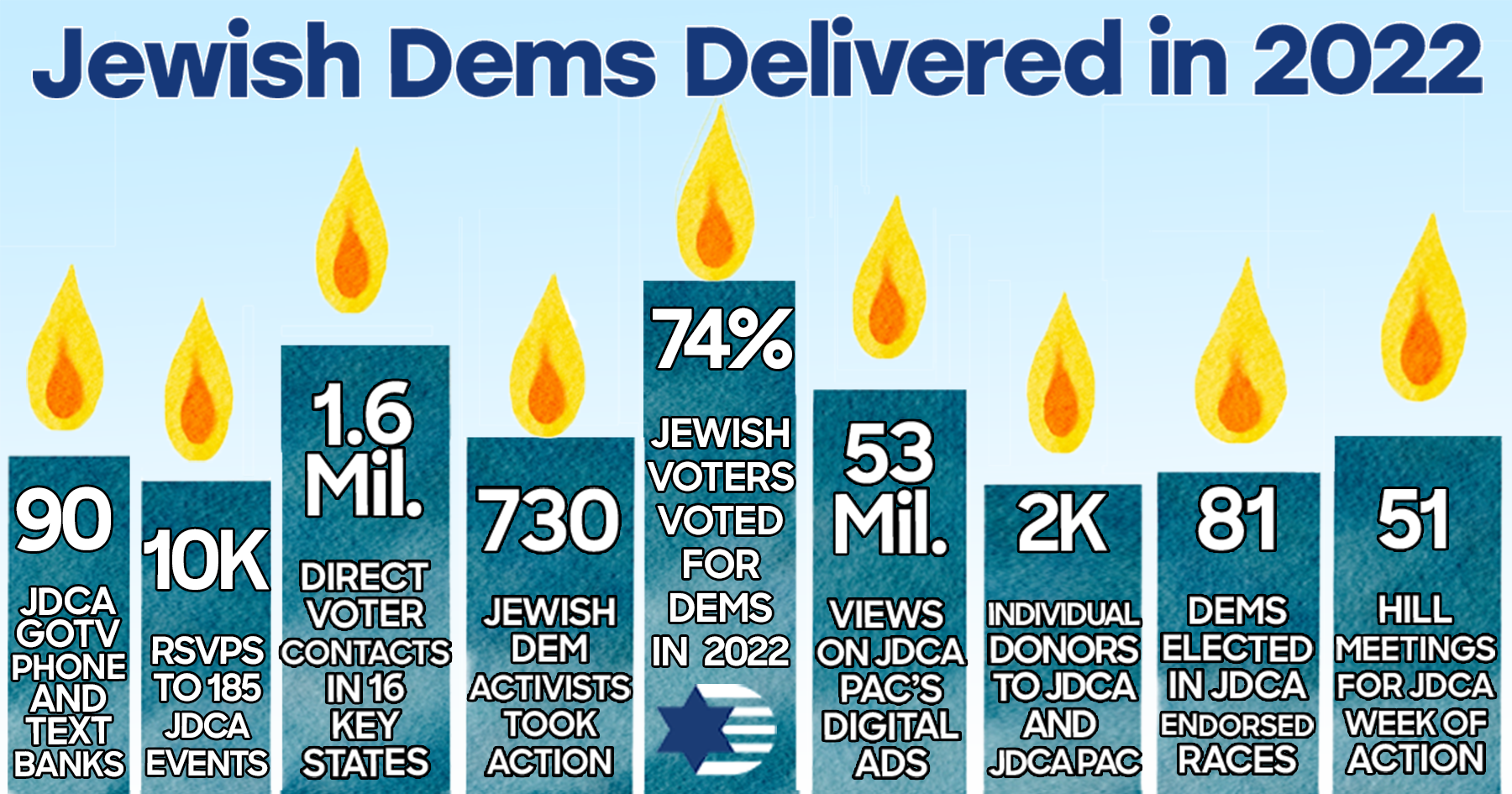 Hanukkah is a holiday honoring the fight for religious freedom. While we prepare to celebrate starting on Sunday night, we’re reflecting on the ongoing threats facing Jewish Americans. This week, Quinnipiac University published a new poll with distressing but unsurprising results. The poll found that while 83% of Democrats see rising antisemitism as a “serious” problem, a majority of Republicans — 54% — don’t think antisemitism represents a growing threat to Jewish Americans.

The difference between Democrats and Republicans is not simply that Democratic leaders speak out against antisemitism and GOP leaders have embraced, normalized, and emboldened antisemitism – it’s also evident that the willful blindness and complicity demonstrated by Republican leaders has trickled down to their supporters.

If there’s one thing to take away from this poll, it’s this: Jews don’t support the GOP because the GOP doesn’t support Jews.

On Hanukkah, the flames of the menorah help spread light into a dark world. This year, with rising right-wing extremism and antisemitism, Jewish Dems will not rest in the fight against Republican attacks on our rights, freedoms, and democracy. Here are two ways you can take action with us: